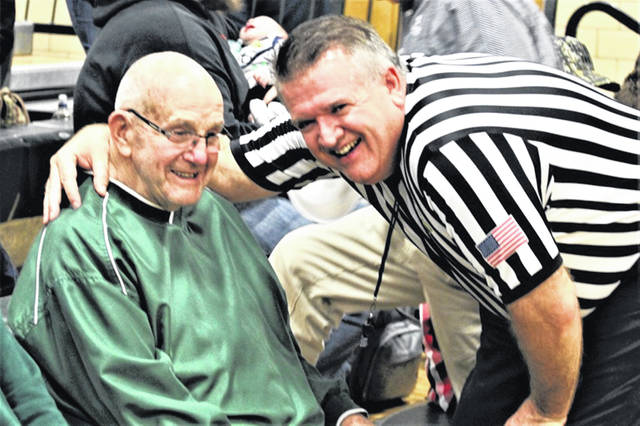 GREENVILLE – Greenville City Schools lost one of its most respected supporters this past weekend.

Fred Matix, who was just finishing up his second term as a school board member, and who served the district as an educator, coach and athletic director, passed away Sunday at the age of 77.

“He has been a great success story in every position that he has held with our school system,” said Superintendent Doug Fries. “He has done numerous wonderful things for both Greenville City Schools and the Greenville Athletic Department over the years. The Green Wave has lost a true ambassador for the district that will be deeply, deeply missed. We thank him for his service to the district that will never be forgotten. Our thoughts are with his family during this difficult time, but his legacy will live in Green Wave Country forever.”

While a school board member, Mr. Matix served two years as the board president and was always conscience of how the district delegated the funds the community entrusted to the schools. During many board meetings, Mr. Matix would often remind his fellow board members of their fiscal duty to spend wisely yet provide what was needed for student growth and achievement as well as school programs.

“As principal of Greenville High School, in working with Fred Matix, I was tremendously impressed with his work ethic. There was no one in Greenville, Ohio who was going to outwork Fred Matix,” Gruber said Tuesday.

“I knew facilities would always be in great shape and athletes would look their best,” he said, also noting that under the supervision of Mr. Matix the school’s athletes would have the best equipment possible and they would always “look decent on the field and on the floor. I never had to worry about any of those things.”

Gruber also said he knew the buses would be ordered and the officials arranged for athletic events, under the direction of Mr. Matix.

“All I had to do was show up at these events and lend my support where I could, but it was all taken care of, he worked so hard at that.”

“Sometimes he didn’t always show he had the biggest heart in Greenville, as well” Gruber said. “I just can’t say enough about how hard he worked and how much he cared for Greenville High School.”

Mr. Matix graduated from Indiana University with a degree in education. He went on to teach and coach at North Judson High School in North Central Indiana followed by Jimtown High School, also in Indiana, before moving to Greenville in 1976.

Besides working as an educator, coach and athletic director, Mr. Matix also served as a mentor and was an official’s assigner for the Ohio High School Athletic Association.

He is survived by his wife, Joyce and their two children and four grandchildren.

Additional obituary information, including information regarding a Memorial Service for Mr. Matix, may be found inside Wednesday’s Daily Advocate, page 2 or onlinettoday at DarkeCountyMedia.com