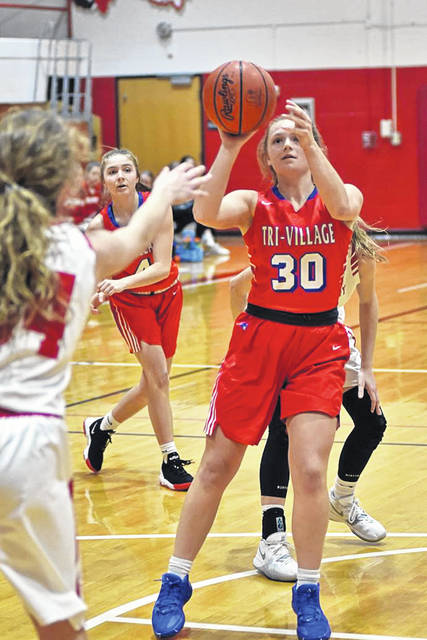 ST HENRY – The Lady Redskins were in a giving mood giving out a healthy dose of physicality and competitiveness and would be the best gift the Patriots could receive this Holiday season.

Tri-Village up to this point in the season has had their way with most teams winning by an average score of 77-40. They were pushed to the limit on this day but in the end won 52-46.

The Patriots opened up 8-0 lead in the first quarter behind 6 points from Maddie Downing – and one might be thinking … here we go again!

St. Henry regrouped after a timeout and came out with a different tone and battled back closing the gap to 12-11 by the end of the quarter.

The Redskins got very intense and gave nothing easy as the 2nd quarter was even more physical than the first. The Patriots would have to play strong and fight through it despite getting into foul trouble themselves.

Tri-Village scored another 12 points, spread out across 4 players … but St Henry added another 11 points to trail at the half 24-22.

It’s easy to forget that Rylee Sagester and Morgan Hunt are freshman, after all the two lead the Patriots in scoring this year with Sagester putting up 19 and Hunt 16 a game.

On this day points weren’t coming as easy with the Skins paying special attention to Sagester and Hunt battling against a taller more physical team inside. The duo finished with just 10 points between them … 25 less then what they normally put up.

But the Patriots are a veteran team and have been a perennial power over the years and it was time for the veterans to show why.

In the third quarter Tri-Village pounded the ball inside as Maddie Downing worked hard for 8 more points, she would lead the team in scoring with 17 on the day.

Veteran coach Brad Gray was quick to give credit to St. Henry for keeping them on their heels most of the game.

“The stretch in the 3rd quarter where we kept giving Maddie Downing touches on the block was huge for us,” Gray praised.

“Defensively they play an unorthodox zone that kind of morphs between a 2-3, 3-2 and a 1-1-3 look and had us trying to figure out what they are in guessing a lot of the game.

“They played outstanding and didn’t quit after getting down 8-0. They are tall and athletic and caused us a lot of problems.” Gray stated.

St. Henry made a strong run to take a 41-40 lead with just under 4 minutes left in the game.

From that point on the Patriots showed what kind of team they can be and why they have been to the Regionals that last two years.

Seniors Trissa Porter and Lissa Siler took over the scoring with Siler knocking down two big triples in the deep corner and Porter connected on a 16’ jumper and then a runner in the lane to help regain the lead and momentum. Then senior Andi Bietry was good on two late free throws to put away the Skins and sealed a hard fought 52-46 victory.

“After St. Henry took a 1-point lead in the 4th quarter we dominated the rest of the way – it was our veteran players who weren’t going to be denied,” Gray beamed after the game.

“Our younger players had a rough day today … but that’s what veteran players do, they pick up the team and make the plays we need to make,” Gray praised.

“They know how not to get rattled in big moments and how to respond to adversity, it’s something our younger players can learn from. The seniors took it upon themselves saying we are going to win this game, then went out and did it.”

Morgan Hunt was held to a season low 3 points … but she made her presence felt in other ways with 11 rebounds and 4 blocked shots.

Maddie Downing led with a double-double 17 points, 10 rebounds and 2 blocked shots and Andi Bietry had 5 rebounds and 6 assists as well.

It was a game that tested the Patriots in all phases and required contributions from everyone and in the end that’s what wins games.

“Games like this are good for us, we learn more about the kids and more about ourselves as a coaching staff when faced with adversity. When you beat teams by 50 it’s hard to get that so this was a growing experience for all of us,” Gray concluded.

And in the end St. Henry gave Tri-Village the best gift they could receive this holiday season, it’s the gift that will keep on giving the rest of the season. 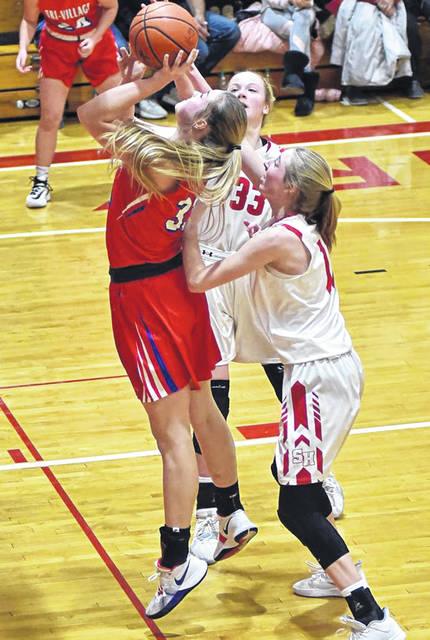 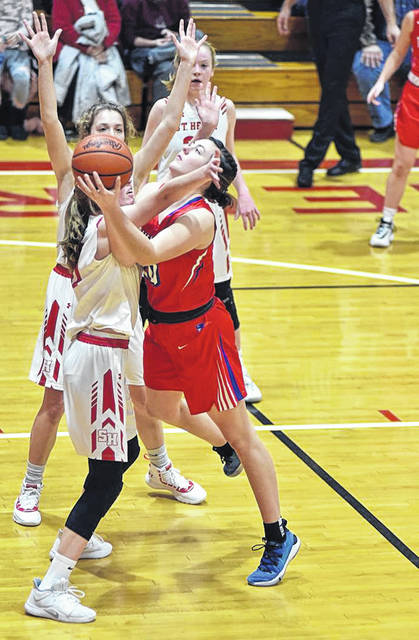 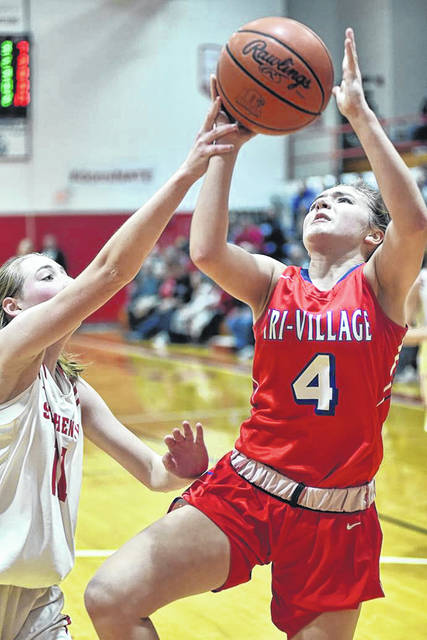 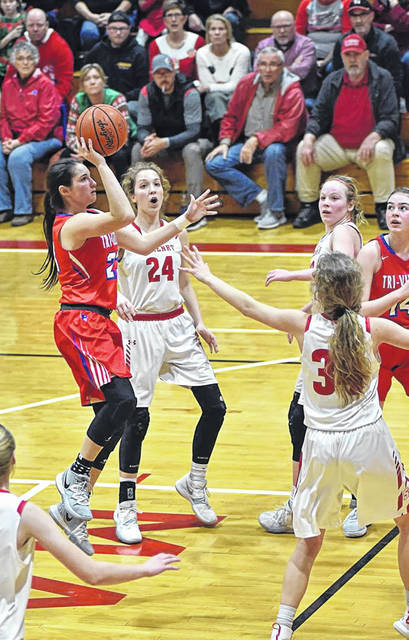 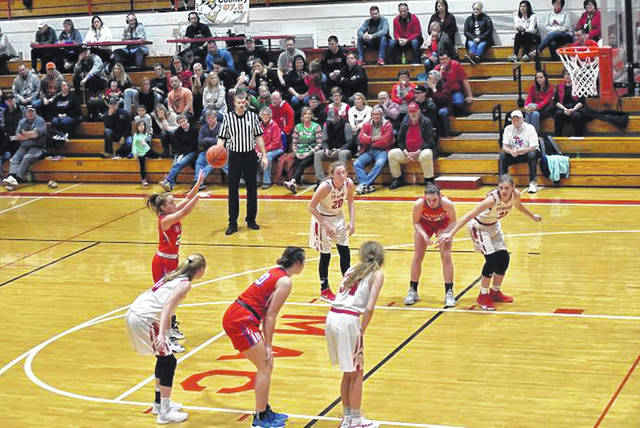 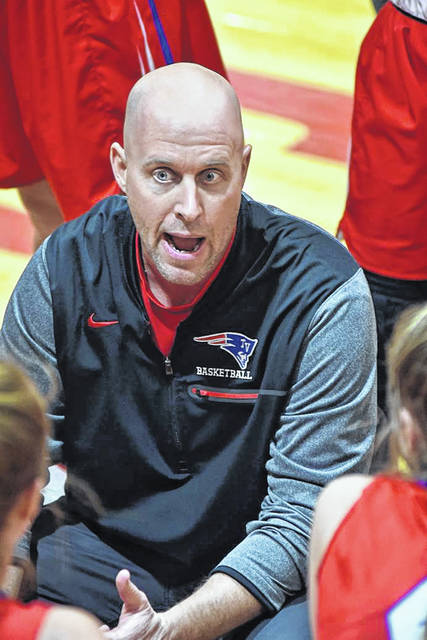