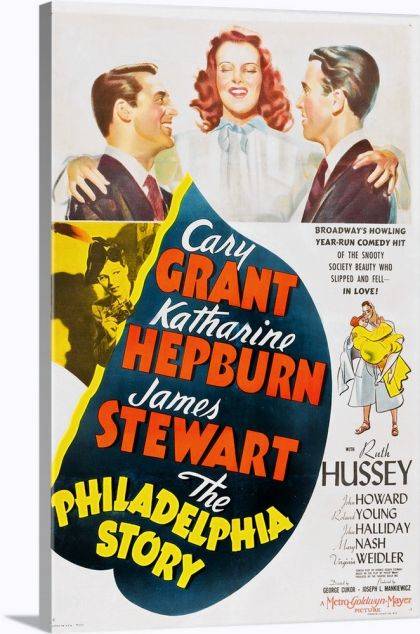 This witty film features Hepburn as a wealthy socialite preparing to marry her second husband after ending her contentious first marriage to a yacht designer played by Grant. Grant’s character conscripts a disillusioned writer played by Stewart to crash the private wedding and write an exposé about the family.

When these personalities converge upon the family estate, tempers flare and humor ensues. The Philadelphia Story is a prime example of the popular “comedy of remarriage” genre of the 1930s and 1940s, and also shows some of the traits of the emerging screwball comedy genre.

Refreshments will be provided and a short discussion will follow the film. Minors must be accompanied by an adult. They hope to see you at this charming classic film.