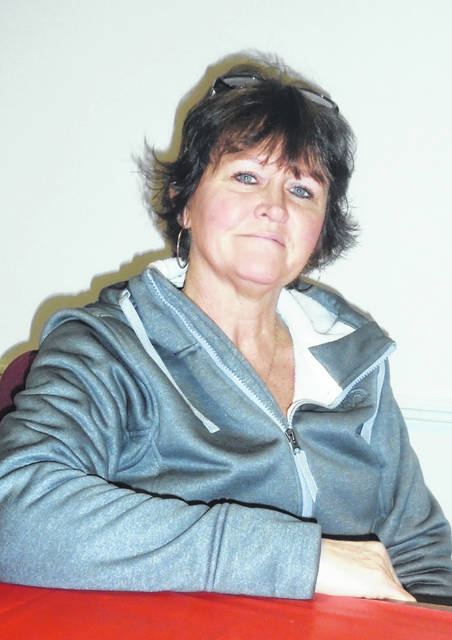 GREENVILLE — It may have been five years since Karamie Bush’s death, but her mother, Sherry Waymire, is still trying to deal with it.

“The questions and guessing, doubts and guilt that come with that are immeasurable and torturous,” Waymire said. “She is always sitting on the edge of my every thought, every day, all day long. Most days, she’s one of my very first, as well as one of my last, thoughts of the entire day. The empty spot in my heart and soul she has left is palpable. My soul is incomplete. My heart continuously hopes that still this has been a terrible mistake. My eyes search every young woman’s face. I need just five more minutes to convince her she is needed and wanted.”

Waymire said sometimes breathing is an accomplishment her lungs aren’t willing to accept.

“But I have three children and a husband that need me,” she said. “So I carry on. And I hope and pray that everything I believed in before she died is true. That someday I will see her again. That I can hold her and kiss her and tell her I’m sorry I couldn’t save her. So I can make her believe she is a part of my everything. Maybe, then, I will finally find peace.”

She said she and Karamie texted the previous evening.

“We were getting ready to move her back in the next weekend,” Sherry said. “The next few days were to be busy for her. She wanted to live with us. She was supposed to go for an interview (at a local restaurant) and finish testing seniors need to pass to graduate. She was a senior in high school but was living elsewhere at the time.”

Sherry continued, “On Wednesday morning, my husband, Todd, and I got up and ready for work at Beauty Systems Group. It was extremely foggy. Ten minutes later the phone rang and Todd answered. He was real quiet and got off the phone, telling me the police were on their way out here and wanted us to be here. We both immediately thought it had something to do with her past behavior. We thought the worst but not that bad. We sat there and waited it out. Maybe she’s just hurt real bad if it were not legal issues. They pronounced her dead.”

The Waymires were informed Karamie shot herself in the living room of the home she had spent the night.

“She apparently found a gun in a bedroom and took it downstairs,” Sherry said. “I am still trying to process what happened. The sheriff said there’s lots of rumors and what we should expect. We emotionally barricaded ourselves to protect our other kids.”

The teen did not leave a note. There was also no inclination that she would ever do this.

“She had been depressed on and off,” said Sherry. “She had had a breakup with her boyfriend several months before. That was very hard on her. She tried multiple times to get back with him. He actually moved on and that was hard for her to handle.”

This news was so devastating that Sherry could not participate in a suicide walk that spring.

“You feel like there is so much guilt involved with anybody knowing that person,” Waymire said. “She apparently reached out to others that evening but no one responded. Why didn’t I let her spend the night? Why didn’t I go after her or make time to call her?”

Husband Todd tries to comfort her.

“He told me you’ll never know why she did it. She made that choice,” Sherry said, continuing, “My heart knows as a mom, I feel like it’s something that will always stay with me that I have to overcome. My heart will never truly accept it though. I’m not sure which part of me; my heart knows she’s gone but my head denies it. I’ll never see her again. When I see a woman with long brown hair, I have to see if that is her. With an illness, the brain and heart to some degree become accepting of the fact that this person is not going to be around forever. She was only 19. Suicide is especially hard for family and friends…one minute they’re here and the next minute they’re gone.”

Waymire did admit that her daughter had some drug and alcohol issues before, but said the coroner said the autopsy indicated she was clean for drugs but noted there was a trace of alcohol.

“I think she experimented heavily but she was not addicted,” Waymire said.

According to her, various members of the family had these type of issues.

“And, it all played a role in it,” she said. “I want to say I’m coping. I can’t dwell on what I should have or could have done. I have got to carry on. I have responsibilities. Personally, I have been running from the truth and avoiding the reality to a point. I don’t want to accept it 100 percent.”

For Karamie’s fifth anniversary, there are tentative plans to do a balloon launch and the distribution of specially made T-shirts.

“We will probably do it at our home,” said the former Sherry Glick. “I had her cremated.”

Waymire said she always finds comfort in reading, so the first thing she turned to for answers was a book she got at the library to give her an answer.

“The book shared stories of others dealing with suicide,” she said. “It is horrifying to learn parents have had other children commit suicide. Multiple children have passed. That completely horrified me.”

What is her advice to parents out there?

“Take one day at a time,” Waymire responded. “After suicide, nothing stays the same. There are always reasons to put one foot in front of another, for waking up in the morning. Like a butterfly, it starts at one stage and evolves and comes out something completely beautiful. A dragonfly also signifies and portrays something beautiful. They are very skittish little creatures. One day I was outside, when a dragonfly flew from my toe up to my finger. It was a big one.”

“My dreams have changed over the years,” Waymire said. “The last dream I had, she was smiling, happy and I could feel her. I can’t think of any more emotional change than to losing any child. I can’t imagine anything more painful. They are literally part of my body. My blood runs through them and having her gone…the hurt is unfathomable.”

“Some things are a little easier than others,” Sherry said. “This year (2019), I got through her birthday but we had a lot of tears before Christmas. This year, for some reason, was extra hard. Coping will be easier over time. Nothing stays the same. For things to straighten out, you have to have faith. It has to be involved.”

Karamie had issues going to school but she stayed there and persevered. 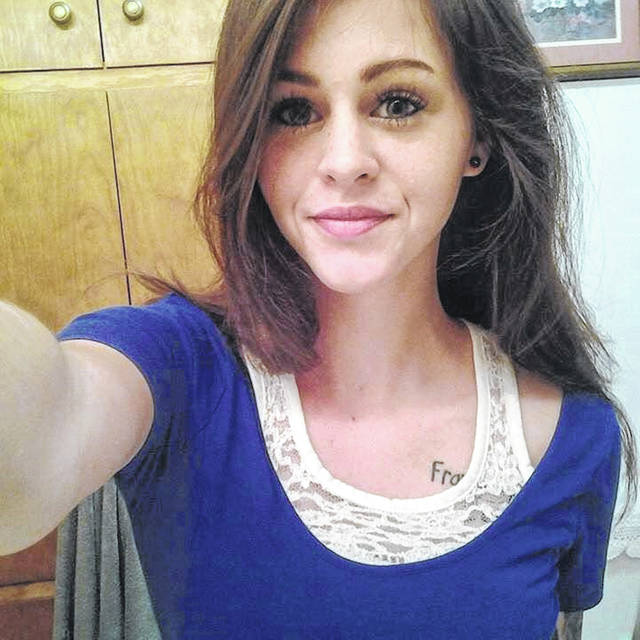