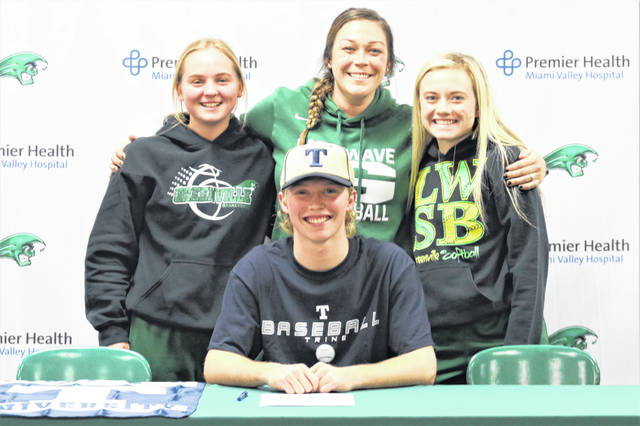 “I thank God for giving me the opportunity to go to school where I can continue my athletic career and my academic career,” said Beyke. “I would like to thank everyone that came today, I want to thank all my coaches for making me the athlete and man that I have become. I would like to thank all my teachers, family and friends for helping make me become the person that I am and all the support from the community over the past four years. I am very grateful and I am looking forward to college.”

Beyke, the son of Jim and Michelle Beyke attends St. Mary’s Catholic Church. Tyler has participated in baseball, football, and basketball while attending Greenville Senior High School, receiving conference honors from both the GWOC and the MVL.

“It’s another one of those great examples of one of our kids that probably doesn’t get enough recognition for being such a great kid not only in athletics but also well rounded in academics and some of the other things he does in school as far as the leadership in other extra-curricular activities,” said GHS Principal Stan Hughes. “Tyler is a well deserving kid because he works really hard at it, he takes the gifts that he attained and makes them better by working super hard and doing everything we ask him to do.”

“Tyler is one of those kids that is always going to work hard, is competitive, three sport kid, football, basketball, baseball, good leader and does a great job,” said Greenville Athletic Director Aaron Shaffer. “Trine has a good one coming to them.”

“I am really excited for Tyler and his family for the opportunity to go and continue to his athletic career but more importantly for him to get a great education that he will be able to put to good use for a lifetime and it’s because he’s a good student, he is a good athlete, he’s actively involved in clubs and leadership roles within school,” Shaffer added. “I’m really excited for him.”

Trine University is located in Angola, Indiana and is a member of the MIAA (Michigan Intercollegiate Athletic Association). The conference includes Adrian, Hope, Albion, Alma, Kalamazoo, Calvin, Trine, and Olivet. The MIAA is the nation’s oldest collegiate athletic conference, founded in 1888.

Trine joined the MIAA in 2004 and has made two conference tournament appearances, finishing as tournament runners-up in 2013. The 2013 season, along with the 2012 campaign, were benchmark seasons for the program as Trine posted back to back seasons with a school-record 25 victories.

Tyler has started for the Greenville varsity baseball team since his freshman season and enters his senior year with 83 career hits. Tyler made the OHSAA record book his sophomore season pitching a perfect game versus Meadowdale. There have only been 88 perfect games pitched in the state of Ohio since 1921.

“It has been an honor to coach Tyler the last three years, and I look forward to having him back for his senior season”, Greenville baseball coach Eric Blumenstock stated. “Tyler is a fiery competitor that plays the game with everything he’s got both emotionally and physically.”

“He has been a starter since day one of his freshman year, and that can be difficult for a kid playing against some of the top competition in Ohio.” Added Blumenstock. “Trine is going to be thrilled with him as a player, student, and person. Very proud of all the kid has accomplished.”

“My freshman year I got to play varsity baseball so I was fortunate to play with Brandon,” Tyler noted. “That was a really great experience. When we were younger we really never got to play together much so that first year of high school was really great. Brandon was great leader and I looked up to him. He helped me become the player that I am now. I am grateful for that one year that we got to play together.”

“Tyler was batting ninth in the line-up, that was his freshman year,” Coach Blumenstock noted. “It was probably the only time he batted ninth in his entire career. He was batting all the way down at ninth and a week after that he went to the three hole and never left.”

The Trine baseball program signed Beyke with plans of using the crafty GHS shortstop as a middle infielder with some possible pitching duties.

“The coaches like that I am a middle infielder and pitcher so they said when I get there I could possibly work into two positions over the years, but primarily shortstop,” said Beyke. “The coach said they are looking for middle infielders right now – mostly shortstop.”

Beyke has been the starting shortstop for the prestigious Greenville American Legion Post 140 baseball program the past two summers.

“I kind of walked into him as a sophomore,” said Post 140 baseball coach Chad Henry. “He came when I didn’t have a whole lot of kids going out for the program. Tyler came and has been a cornerstone ever since. He’s a smart kid and he loves his teammates. He does what needs to be done. I think he is going to do tremendous.”

The three sport high school athlete concluded by talking about the advantages of being a three sport athlete.

“Sometimes if you are playing just one sport you are just moving some muscles in your body and you’re training for just certain things, but with three sports you’re doing everything and you’re moving every part in your body,” Beyke stated. “I really think three sports has been helpful in making me become the baseball player that I am now.” 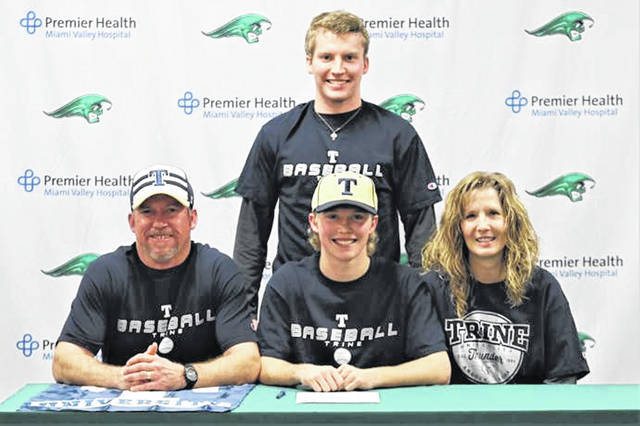 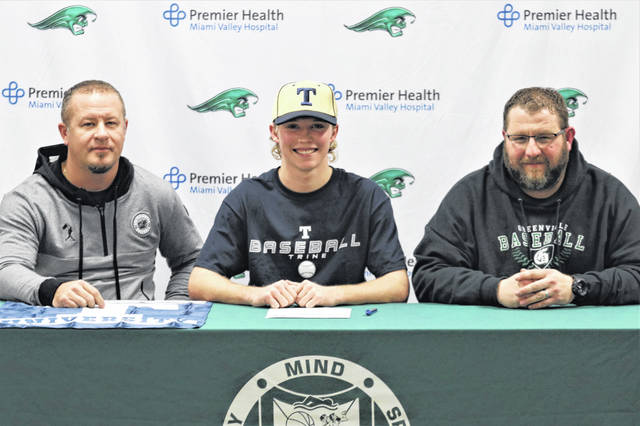 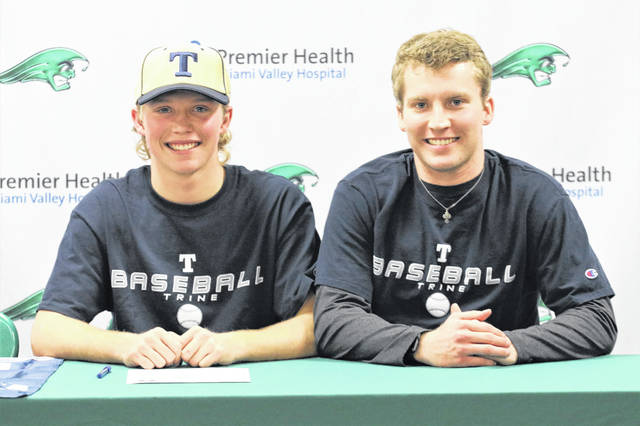