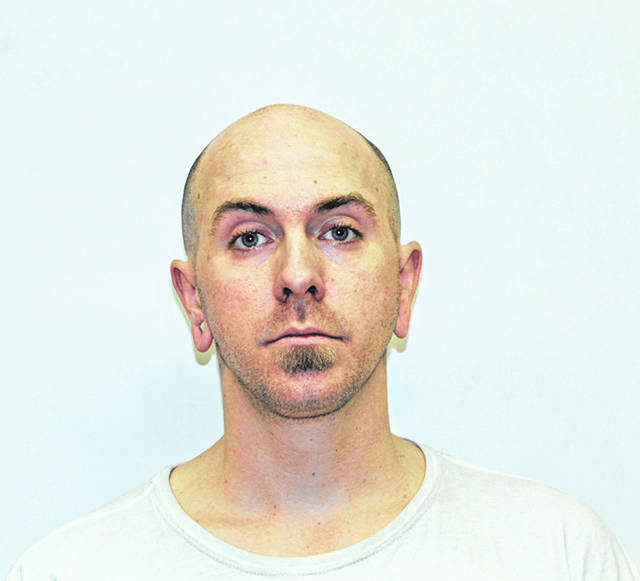 GREENVILLE — A local man was sentenced to 20 days in jail on what an attorney cited as an argument over a woman in Darke County Common Pleas Court on Thursday.

As reported two months ago, Corey J. Garber, 30, went before Judge Jonathan P. Hein on a charge of unlawful possession of dangerous ordnance, a fifth-degree felony, as well as assault and possessing a defaced firearm, both first-degree misdemeanors.

It is alleged that Garber and another male had struggled over a sawed-off shotgun when it discharged with the latter shot in the shoulder area in June 2019.

Garber gave a plea of no contest to the first two charges, with the third dismissed as part of a plea agreement. However, after the facts presented by the prosecution, Judge Hein cited enough evidence to establish guilt and entered a guilty verdict to the two first charges.

In court Thursday, Darke County Prosecutor Kelly Ormsby stated the victim was suffering from PTSD with relatives present in the courtroom on his behalf. Further, the victim may never have “good use of that arm again” and recommended the defendant be sentenced to 90 days in the local jail.

Defense attorney Randall E. Breaden stated the incident was “obviously an act of stupidity,” and that it was an accidental shooting stemming from an argument over a woman.

“There was a question whether or not she was wanting help or not wanting help,” said Breaden. “The facts are a little muddy on all of this.”

According to police reports, Garber and a woman witness to the shooting had been dating and broke up. As she proceeded to move out of their shared residence, she was followed by the victim, also an ex-boyfriend.

Upon their arrival, Garber walked outside with the shotgun, claiming the victim was holding the woman by her hair. The ensuing altercation between the men resulted in what Garber and his attorney state was an accidental discharge of the shotgun.

In court, the victim’s mother stated her son’s “life is quite a bit of a struggle at this time” with the claim Garber continues to bully him. She cited an incident that consisted of Garber taking a backpack directly off the victim with the police called to intervene.

“My concern is, this still has not died down,” said the victim’s mother. “I [am] just asking that you, please take that into consideration.”

Judge Hein, noting the complexity of the issue, cited the defendant as out of line and with no justification for possession of or utilizing the shotgun.

Garber was sentenced to 20 days in the Darke County jail, forfeiture of the weapon, court costs, and 100 hours of community service. He is to have no direct or indirect contact with the victim.