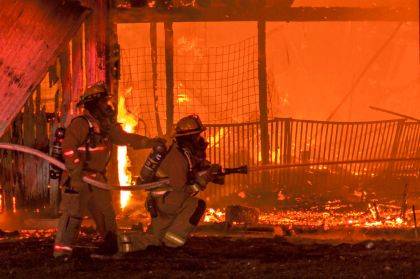 NEAVE TOWNSHIP – A two alarm fire is under investigation after numerous animals were lost as flames overtook the barn they were being housed in.

At approximately 10:09 p.m., firefighters from the New Madison Fire Department responded along with Tri-Village Rescue and multiple mutual aid departments from across the county to 4084 State Route 121 regarding reports of a working barn fire with animals inside.

According to Chief Robert Cook of the New Madison Fire Department, crews arrived on the scene to find a fully involved barn fire with heavy smoke and flames showing from the barn with wind out of the south pushing the blaze over the properties main residential structure. Firefighters immediately began a defensive attack on the blaze as they battled the wind and rain to protect the home just yards away from the barn.

In addition to the barn, the family also suffered the loss of numerous animals. Despite the efforts of the property owner, who entered the barn in an attempt to save the livestock inside, Chief Cook reported that at least 14 sheep, a horse and an unknown number of chickens were reported dead as a result of the fire.

The barn, which was declared a total loss, was razed to the ground after heavy machinery was requested to the scene in aid of the operations. Although suffering from heavy exposure from smoke and heat, the home is believed to have sustained only cosmetic damage to the attached garage as well as smoke damage to some interior portions of the structure. There were no injuries reported as a result of the incident.

The exact cause and nature of the fire remain under investigation by the New Madison Fire Department. 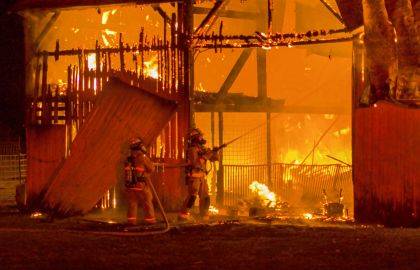 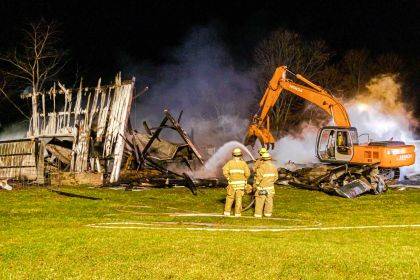 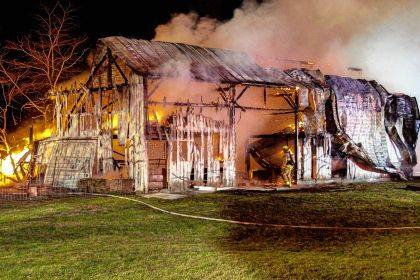 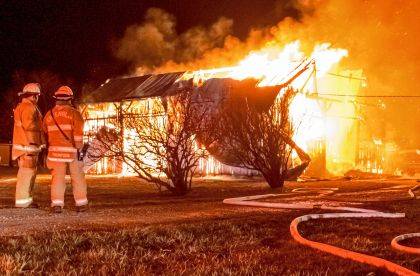