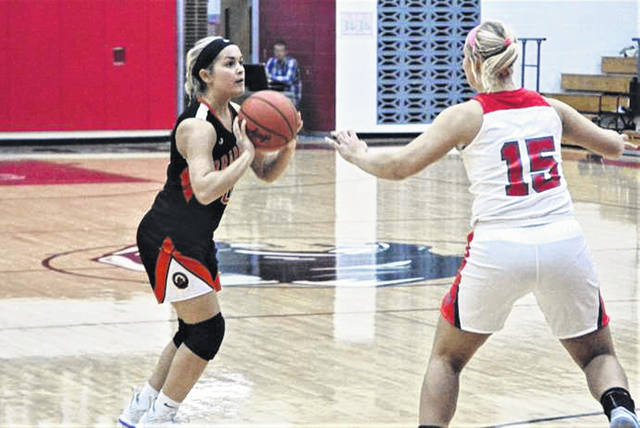 WEST ALEXANDRIA – Twin Valley South entered the contest against Bradford with some measure of momentum. Winless in the first half of the season, they seemed to have found direction and peeled off three wins since winter break. But the visting Railroaders were not dissuaded by South’s turnaround and quickly built a 1st quarter lead and did not look back as they continued on for a decisive 63-32 victory.

Sophomore Austy Miller set the tone for the night as she scored on Bradford’s first two possessions of the game – nailing back to back treys. She would go on to score a game high 25-points. Miller did get into foul trouble in the second quarter and had to go to the bench. But if South had plans of making up ground with Miller out of the game, Bradford foiled those plans by pulling together and still managing to outscore the Panthers 12 – 7.

Both teams used man to man defense through out the game. Bradford did press briefly and South used a zone defense briefly in the second half, but the Railroaders shot holes through the zone and South had to go back to the man to man defense to put pressure on the shooters. But that was not enough, in the last quarter Bradford had four players connect on 3-point shots – Abby Gade, Austy Miller, Abby Fike, and Rylee Canan. So the team seemed to shoot better as the game went on.

“I thought we were a little sluggish early on the offensive end,” stated Bradford coach Chris Besecker afterwards, “it was that way through the 1st half. But our defense sparked us several times and got us some baskets. But we are a pretty solid unit – we have some kids that know how to play this game. We have several girls that come off the bench and give us help.” 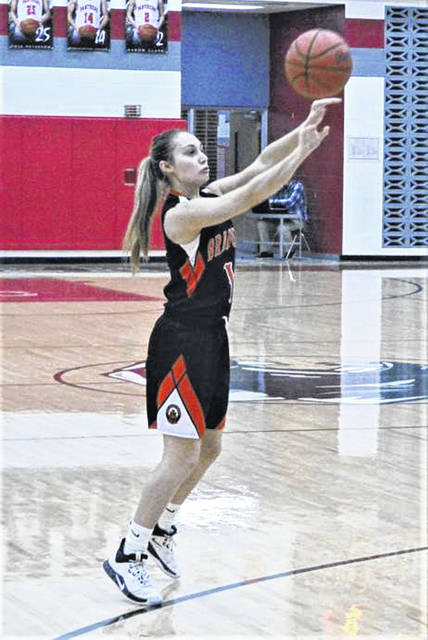 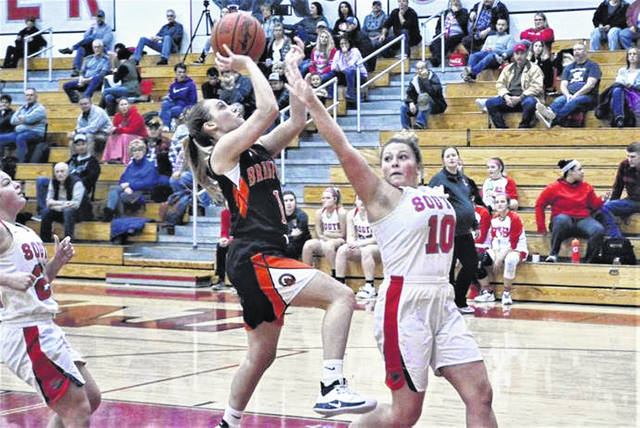 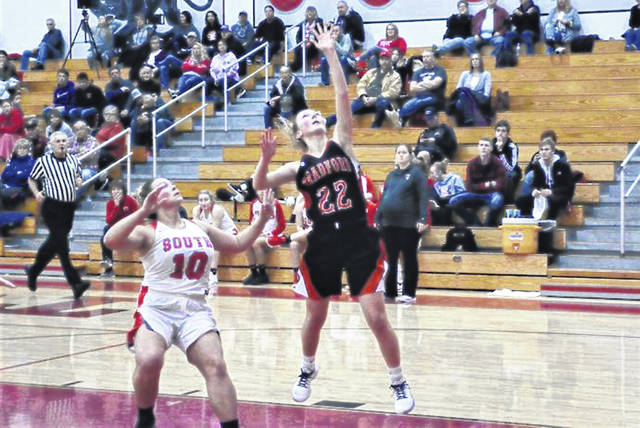 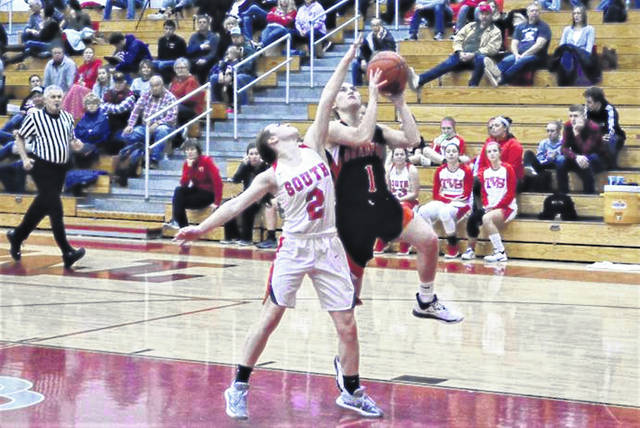