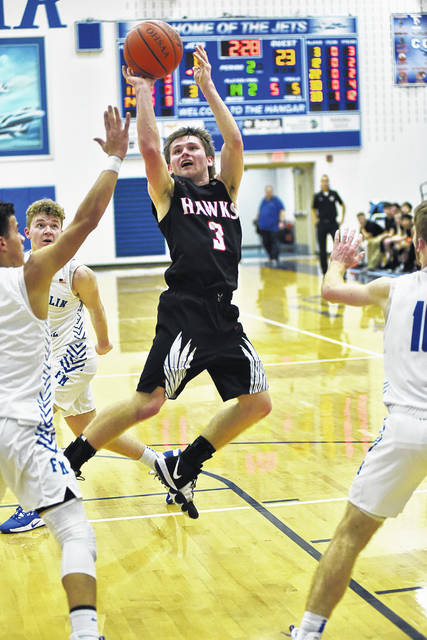 PITSBURG – Mississinawa Valley let a 12 point lead slip away on a furious 4th quarter rally by Franklin Monroe. The Jets had a chance to win it at the end of regulation to seal the comeback but came up short. The Hawks took care of business in overtime by finally making free throws and finishing lay-ups to win the game 57-52 and spoiling Homecoming for the Jets.

Prior to the game the Jets crowned Bryden Diceanu as King and Corinna Conley Queen.

Mississinawa rode the hot hand of Blake Scholl to start the game. He connected on two triples and had the first 8 points in the game. Blake finished with 19 points to lead all scorers including 10 in the first quarter to give the Hawks the early 14-6 lead.

The Jets got it rolling in the second quarter as Cavin Baker scored 7 of his 8 points in the game by attacking the basket. The Jets scored 13 in the quarter but the MV added another 14 points including 5 by Max Dirmeyer to take a 28-19 halftime lead.

The 3rd quarter was a struggle for both teams and low scoring with Mississinawa winning it 8-7 to take a 36-26 lead into the 4th quarter.

It was a game the Blackhawks were in complete control but when you miss lay-ups and free throws you leave the door open and Franklin Monroe busted through it.

Franklin Monroe applied full court man to man pressure with Bryden Diceanu, Ky Cool and Cavin Baker getting after it that would help turn over the Hawks and get some transition baskets in the fourth quarter.

Cool would score 8 of his 17 points in the 4th quarter including the game tying layup at the 4:36 mark to evaporate the 10 point Hawk lead.

Mississinawa though got a good tough bucket from Max Dirmeyer and then a free throw to go back up 39-36 but a Diceanu steal and layup drew FM back within a point.

With the Hawks up 41-38 after an Alex Scholl layup … they would foul Jace Byers on a three-point shot and he drained all three to tie it at 41.

A few minutes later Aidan Luchini who had 19 points to lead the Jets drained a triple and the Jets had taken the lead 44-43 with 50 seconds to go.

The Jets had a chance to win in down the stretch but missed a free throw and a shot at the end and the game would go into overtime tied at 47.

In the overtime it was all Mississinawa as they made enough free throws and converted lay-ups something they failed to do in the 4th quarter and they would go on to win a thriller in the hangar 57-52.

After the game Mississinawa Valley coach Tim Barga reflected on the game.

“We’re happy we won … but we aren’t happy how we did it. We are up 10 most of the game … but we make mistakes and let them back in, then go back up 10 then let them back in and if you do that enough and give the other team chances eventually they will take it,” Barga stated.

“I’m proud of the kids for how they responded when FM took the lead and then finishing it in overtime period … but it should have never got to that point,” Barga concluded.

Mississinawa was led by Blake Scholl’s 19 points, Max Dirmeyer had 12 and Cody Dirksen added 11 to help the Hawks improve to 4-7 overall and 4-1 in the Cross County Conference and they will at Lehman Saturday night.

Franklin Monroe was led by Aiden Luchini with 19 points and Ky Cool had 17. The Jets fall to 2-11 overall and 0-6 in the Cross County Conference and they will host Milton Union next Friday. 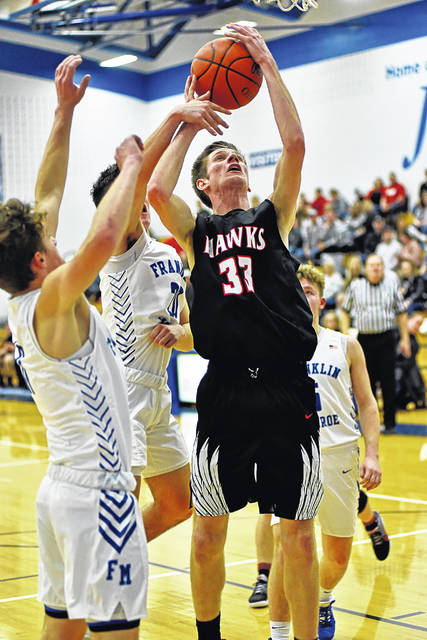 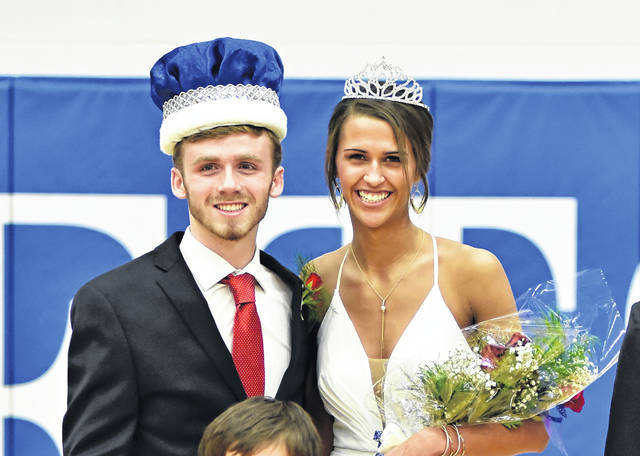