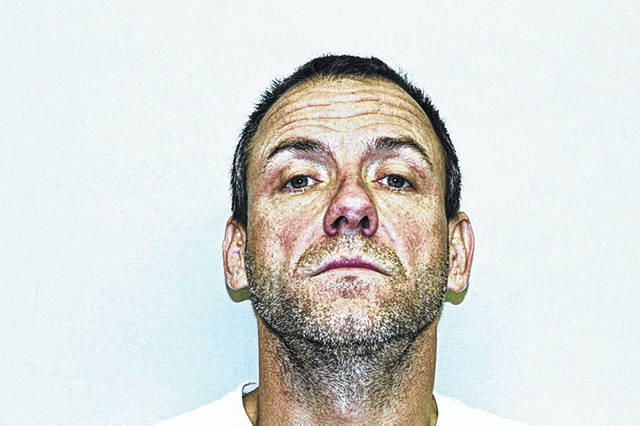 GREENVILLE — A former Louisiana man will spend the next six years in the Ohio Department of Rehabilitation and Corrections after sentencing in Darke County Common Pleas Court on Friday.

Jonathan Wayne Hilbun, also known as Jonathan Marlow, 47, made an appearance before Judge Jonathan P. Hein for a change of plea and sentencing on aggravated burglary, a first-degree felony, and felonious assault, a second-degree felony.

As previously reported, and elaborated upon in court, Hilbun kicked in the front door of a home on Sweitzer St. and assaulted a male with a machete on Oct. 26, 2019.

Allegedly, Hilbun was under the influence of alcohol and had not slept in days at the time of the incident.

“I was very upset,” said Hilbun, unable to recall the entire incident, as he explained seeing his on-again, off-again girlfriend through a window and sitting on a couch with another male.

After breaking into the home, Hilbun attempted to grab the girlfriend and pull her towards the front door when the other male intervened.

An altercation ensued, Hilbun striking the male victim with the machete in the shoulder, chest, and face.

The victim received significant injuries requiring 17 stitches for the face injury and surgery on the shoulder and chest.

According to the defense attorney, Randall Breaden, the defendant received a puncture wound on his right arm with a knife obtained by the victim at some point during the altercation.

Prosecuting attorney Deborah Quigley provided Hilbun’s significant criminal history, including a 1993 kidnapping, aggravated robbery, and aggravated crime against nature (rape) of which he was sentenced to 25 years but did not serve the entire sentence.

Further, in 2007, Hilbun was charged with molestation of a juvenile, and a year later, carnal knowledge of a juvenile. In 2014, charges of taking a controlled substance into a penal institution and failure to register resulted in a two-year prison sentence.

When the Ohio sentence is complete, “Louisiana [will] probably pull the string and drag him back […] he indicates he has substantial time over his head in Louisiana,” said Breaden.

Hilbun was sentenced to six years on both charges, to run concurrent, with five years mandatory parole. He faced up to 34 years, taking into consideration Senate Bill 201, also known as the Reagan Tokes Act.

*Lanita Dues, 58, of Greenville, for violations on an original two counts of aggravated trafficking in meth, both third-degree felonies. She was sentenced to 18 months prison on both, to run concurrent, with a $5,000 fine on each and court costs.

* Brittney/Brittany E. Harris, 27, of Greenville, for non-compliance including failure to attend e-jail and testing positive for drugs. She was sentenced to the MonDay program.

* Ronald A. Lehman, Jr., 50, of Greenville, change of plea and sentencing on failure to notify change of address, a second-degree felony. He was sentenced to 12 months in prison with 85 days of jail credit.