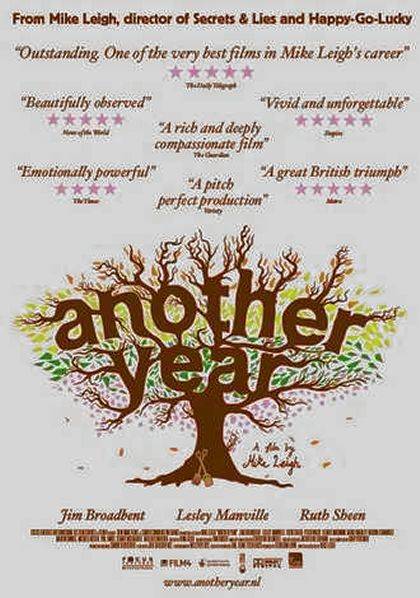 GREENVILLE – On Tuesday, Feb. 11 at 6:30 p.m., the Third Floor Film Series at the Greenville Public Library will be watching the 2010 film Another Year. The film was directed by Mike Leigh and stars Jim Broadbent, Ruth Sheen, and Lesley Manville.

This honest but heartwarming film follows a year in the life of a middle-aged couple (Sheen & Broadbent) who have a healthy, happy marriage. Their friends though are largely struggling with life’s challenges, and the film takes a look at the role this couple has as the stable foundation for the tumultuous lives around them.

At turns hilarious and heartbreaking, awkward and endearing, Another Year is ultimately a life-affirming portrait of a supportive and loving relationship. Leigh’s signature technique of collaborating with his actors to shape their characters and dialogue lends vitality to a beautiful story.

Refreshments will be provided and a short discussion with David Nilsen will follow the film. This movie is rated PG-13. Minors must be accompanied by an adult.