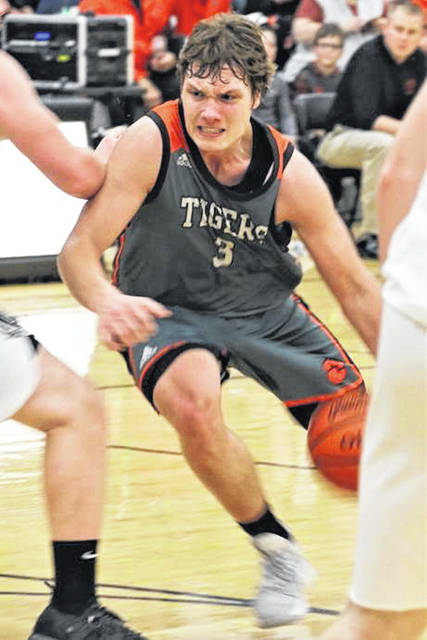 “Mississinawa has been playing some really good basketball coming in,” said Ansonia coach Devin Limburg. “One of those wins included us the first time we played them. The boys always want to beat Mississinawa. When they took the first from us our guys just wanted that much more to get one here at Mississinawa.”

“I told the boys before the game started – if we just let them shoot layups all night we’ll beat them,” said MV coach Tim Barga. “I said, you can’t let them shoot threes. They must have an awesome offense. I’m not saying it because they made the 3’s, it’s because they got the 3’s off.”

“We’re playing man-to-man defense and if we can’t keep up with them, then their offense was better than our defense,” Barga added.

Ansonia took advantage of a Hunter Buckingham 3-pointer at the buzzer to take a 5-point 16-11 opening period lead in what would prove to be the margin of victory on the night.

Buckingham paced the Tigers with six first quarter points coming by way of two 3-pointers, Reece Stammen was good for 5-points including a triple, Isaac Barga contributed a trey and Matthew Farrier added a basket to round out Ansonia first quarter scoring.

“Buckingham had four really big ones for us,” said Limburg. “One was at the end of the first quarter we run that play really well. I was happy with that one.

Mississinawa Valley battled back to take the second quarter 11-10 sending the teams to the break with Ansonia leading 26-22.

The Tigers took advantage of three third quarter threes, one each by Stammen, Buckingham and Ethan Hemmerich to outscore the home team 11-8 and take a 37-30 lead to the final period of play.

The Blackhawks cut deep into the Tiger’s fourth quarter lead before Ansonia battled back with MV taking the final period 10-8 with Max Dirmeyer leading MV with eight fourth quarter points including both of the Hawks 3-pointers on the night.

“With three minutes to go we were still in the ballgame,” said Coach Barga. “I took a timeout with four minutes to go and I told the boys we don’t let them shoot anymore 3’s – we win this game. First time down the court they shot a three and the game was over with.”

“Buckingham had four 3’s that we really needed,” Tigers’ Coach Limburg stated, “and then Reece and Barga hit a couple that were big time as well.”

“It would have been nice to get this game here but it’s why you play the game,” Barga concluded. “It could have went either way. Their crowd was into it, their crowd was great tonight, their kids were into it tonight.” 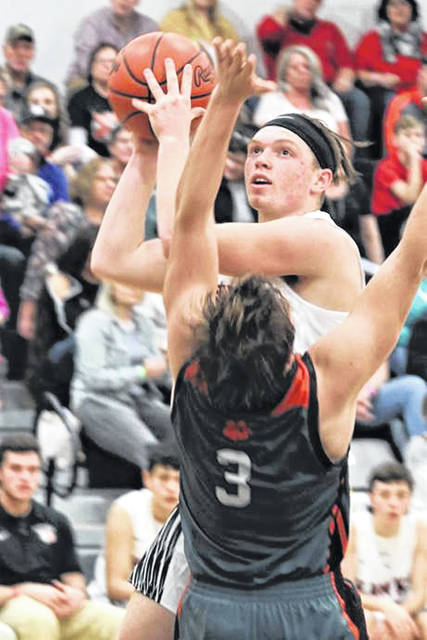 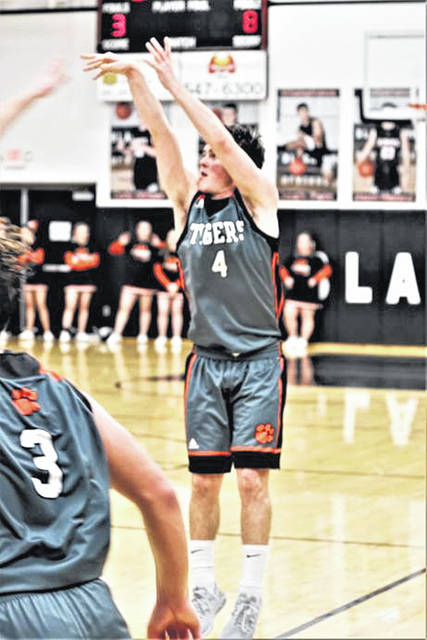 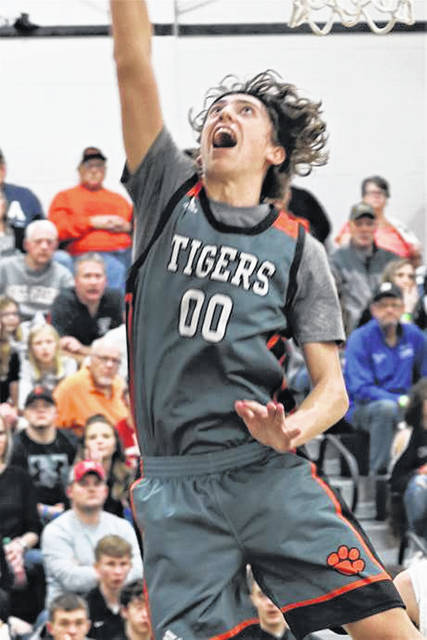 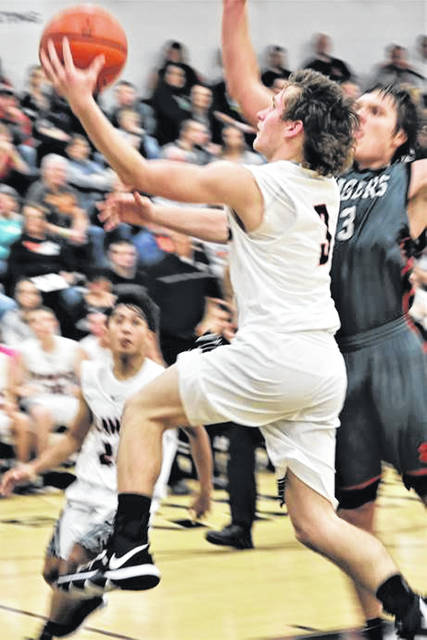