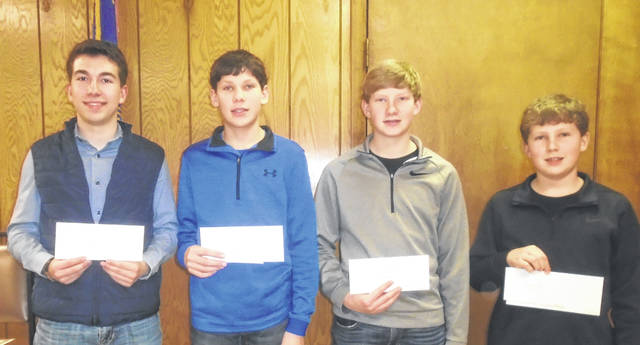 GREENVILLE — The Darke County Cattlemen’s Association (DCCA) gathered Monday evening for its annual banquet at the American Legion Hall in Greenville, with awards and presentations featured.

Andy Byram, president of the DCCA, welcomed guests, while Cheryl Campbell gave the invocation prior to the meal, which was catered by Mary Bergman and her crew.

Alison Byram, who was unable to attend due to another activity (basketball tournament), was named this year’s queen, with her father, Andy, accepting on her behalf. It was noted that this year the new rule was that a queen contestant should be 15 years old and above.

Ian Gehret also was the only applicant and recipient of a DCCA scholarship this year. He attends Versailles High School and is planning to attend Wilmington College and major in agriculture. Usually, there are three scholarship winners each year, it was pointed out.

This year’s director’s award was presented to Sam Custer, Extension Educator, Agriculture and Natural Resources at the OSU Extension Office in Darke County.

“Sam promotes beef and agriculture,” said presenter Brad Wilcox. “He is very active in the community and county.”

Custer responded, “Thanks to all of you. You don’t know how I appreciate all of you people in this community. It’s time to relinquish our skills to the youth in the county. We’re in good hands in Darke County.”

Custer was also guest speaker of the evening but before he talked, Linde Sutherly, the Ohio Cattlemen’s Association (OCA) director spoke, in brief, giving an update from the OCA.

“We have three more shows left in the season and we need volunteers to help at the shows,” she said. “The board of directors met with the state legislators. That was my first experience. It was eye-opening. I got to know locally elected officials. OCA is working on your behalf whether you know it or not. Legislators want to hear from us…from you. They want to talk to us, want to know both sides. They know how important agriculture is in the state. Get involved. They do make a difference. We need to communicate directly to the legislators. I encourage you to become an OCA member.”

In his address, Custer shared what was going on in the county on the beef perspective.

“Ohio is number one in agriculture, and Darke County is second in the state,” he reported. “We are number one in grain sales, number two in swine and poultry, including eggs, and number four in cattle.”

He went on to talk about H2Ohio, a comprehensive, data-driven water quality plan to reduce harmful algal blooms, improve wastewater infrastructure, and prevent lead contamination. He also spoke of a couple of changes in agriculture in the county and pointed out that a year ago the cattlemen put together a quality assurance program. Then, he finished his presentation talking on consumer demand.

At the close of the meeting, Gary Gehret gave the treasurer’s report, door prizes were handed out and a 50/50 was held with Matt Aultman winning and giving his share back to the DCCA. 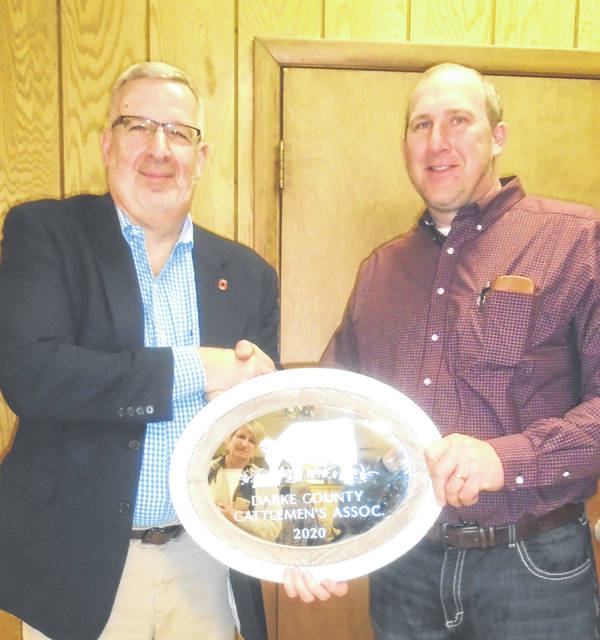