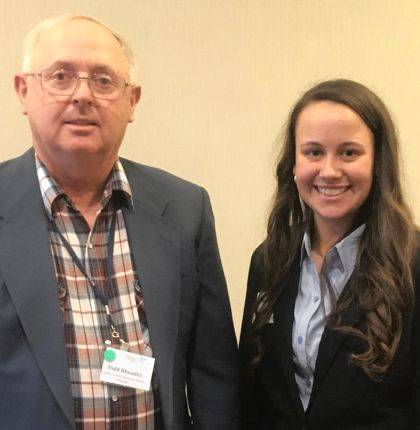 Ohio Farmers Union honors Joe Fichter, a well-informed and dedicated advocate for family farms, and his work through yearly scholarships to deserving rural youth. Joe Fichter’s primary work was the preservation of the family farm and its values. He made numerous trips to Washington to lobby for the family farmer and the small towns they supported. Joe was a major part of Ohio’s Farmers Union and helped build the organization throughout the 1950s and 1960s. Fichter was also a professor of English, from 1936 to 1958, at Miami University in Oxford, where he lived.