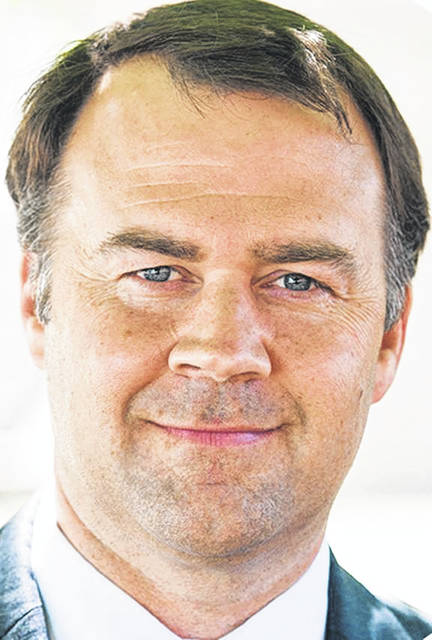 Like Sen. Rob Portman, I also recently participated in a roundtable of Ohioans, who discussed the state of the economy here in the Buckeye State.

Unlike Portman, I did not hear a rosy portrayal. Instead I heard the painful facts about President Donald Trump’s failed policies and broken promises.

This fall we met with farmers and rural community members in the basement of a Union County church, and what I heard concerned me greatly. I heard from farmers who were worried that their markets were gone for good, as China had shifted to places like Australia, Russia and Brazil for agricultural imports. I heard from farmers who told me their workers had disappeared because of haphazard and harsh immigration policies. I heard from third- or fourth-generation farmers who were making plans to sell to developers, rather than face another tumultuous year.

They’re getting zero sympathy from the Trump administration. Trump’s Agriculture Secretary Sonny Perdue actually mocked farmers as “whiners” at an event last summer. Ohio farmers know they were used. A Portage County soybean farmer said, “We were a pawn in a pretty aggressive chess game that didn’t turn out well.”

So Ohio farmers were pawns, but what did we get for their sacrifice? It turns out, very little.

Trump’s trade war by tweet didn’t do much to help the industries it was supposed to. Trump’s first National Economic Council director, Gary Cohn said, “He stood there in Pennsylvania and talked about bringing steel mills back and what’s happened is we’ve cut steel lines.”

Now Trump and Portman are bragging about the “phase one” China trade agreement, but the truth is Trump got rolled. Despite all of Trump’s bluster about getting tough on China, the president agreed to major concessions without addressing the underlying structural issues he promised to fix.

It’s important to note that the business community isn’t impressed with Trump’s trade deal with China. A new National Association of Business Economics survey found that most companies expect little to no change to their bottom line.

There’s one thing I agree with Rob Portman on — last week was a historic week for Ohio. Last week we learned that 2019 was the worst year for the state’s job growth since 2009, the height of the Great Recession. We learned that the Buckeye State lost thousands of blue-collar jobs in manufacturing and construction last year, making Trump’s claim that Ohio “just had the best year economically” a total lie.

GM Lordstown is closed. Ohio steel plants are laying off workers. Ohio coal companies are filing for bankruptcy. Meanwhile, all you hear from Rob Portman and Donald Trump is how great everything is.

For Ohio families struggling to pay their bills, recent graduates facing crippling student loan debt and retirees wrestling with skyrocketing prescription drug costs, the Trump economy isn’t working for them. Trump has broken one promise after another, and Ohioans are paying the price.