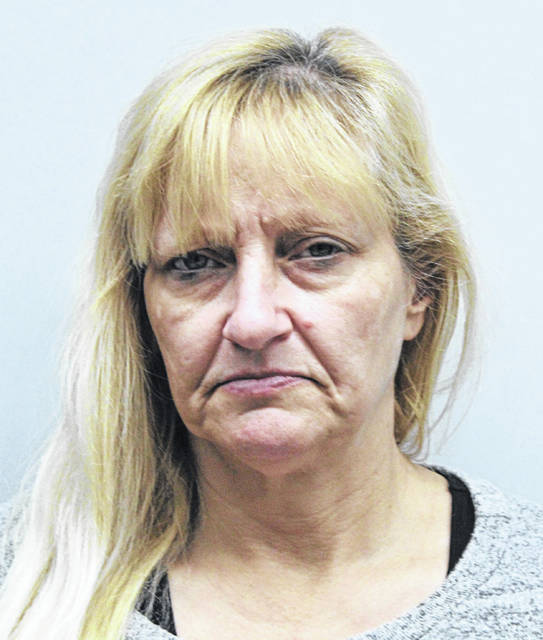 GREENVILLE — A defendant caught on video selling meth from the backseat of a vehicle made an appearance in Darke County Common Pleas on Monday.

Sharon L. Utley, 52, of Dayton, faced charges of aggravated trafficking in drugs, methamphetamine, a second-degree felony. She was slated for trial on Tuesday but opted for a change of plea per her defense attorney, David Rohrer.

It was on April 29, 2019, that Utley, along with a co-defendant in the case, Carl J. Adkins, 47, traveled from Dayton to Greenville with 17 grams of meth to sell to what turned out to be a confidential informant. Both were just two of several individuals arrested as part of a six-month narcotics investigation conducted by the Darke County Sheriff’s Office, Greenville Police Department, Ohio Adult Parole Authority, Darke County Adult Probation, Union City Police Department, and the Randolph County Sheriff’s Office last year.

In October, Adkins went before Judge Jonathan P. Hein with the claim, provided through his defense attorney Randall Breaden, the water had been shut off at his residence. That he was told by the primary suspect, Utley, an individual in Greenville could lend him money to resolve the issue. Further, that Adkins’ role, as shown in the video as the driver of the vehicle, was minimal and not as culpable as Utley.

Culpability was noted during Utley’s sentencing, as Rohrer claimed his client was not more culpable than Adkins.

“Why he got off with one year is beyond me,” said Rohrer as Adkins was sentenced to 12 months in prison on an amended second-degree felony to a third-degree felony charge.

Both Adkins and Utley have a significant criminal history in Montgomery County. Utley’s history was listed in court via Darke County Prosecutor Kelly Ormsby. Those offenses and subsequent convictions include identity fraud, receiving stolen property, trafficking in cocaine, forgery, and tampering with evidence.

For her part, Utley stated she did not “ever want to be in this position again,” noting that after years of sobriety, she had relapsed after unspecified family tragedies. She was sentenced to a mandatory two years in prison with 85 days of jail credit, a waiver of the mandatory minimum $7,500 fine, court costs, and to pay $250 in restitution.