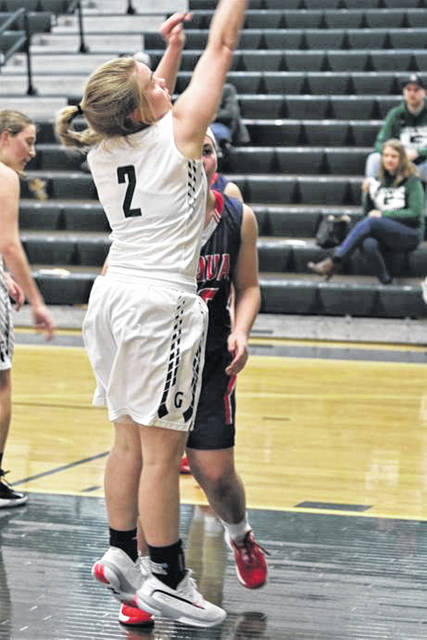 “It starts with confidence in themselves,” Greenville JV coach Laura Germann said. “They believe they can win every game. They believe they deserve to compete and they kind of own the game. They have that sense of ownership that we’re the boss here and we’re not going to let somebody take that from us – that’s the way they play offensively and defensively.”

Greenville took an 18-6 lead after one period of play with Skyler Fletcher putting 8-points on the board including a 3-pointer and 3-3 at the line. Josi Comacho and Lily Hayes both contributed 4-points and Laikyn Bruner added a basket.

“When you have multiple people that can score,” Germann noted, “we are playing very good team basketball.”

The Lady Indians outscored the home team 11-5 in the second quarter sending the teams to the break with Greenville leading 23-17.

Greenville was 2-points better in the third but not before the Lady Indians got Greenville’s lead down to 6-points bringing a smothering press from The Lady Wave.

“We went to a press a little bit,” Germann noted. “That was able to open the game a little bit for us.”

The Lady Wave took the third by a 14-12 score with Emalee Bowling pacing Greenville with 7 third quart points for a 37-29 advantage with one period to play.

“We had very strong play from our two posts; Lily Hayes and Emalee Bowling,” said Germann. “They played incredible today offensively and defensively – they owned the boards.”

The Lady Indians inserted two varsity players, one in each quarter but it was the Lady Wave JV squad putting the hammer down in the fourth period to outscore the visitors 16-7 and earn a 53-36 victory over Piqua.

“They brought two varsity starters down and tried to play them each a quarter against us,” said Coach Germann. “It seemed to fuel a fire a little bit and the girls wanted that. The girls said, ‘you’re not going to stick them in there and think you’re better than us,’ so I guess we used it as a little bit of motivation.”

“They put one of their varsity players in and Kelly Combs didn’t get on the scoreboard scoring and didn’t play a heck of a lot of minutes but she went in,” stated Germann. “I told her to faceguard that girl and not let her score and she did a fabulous job. She goes in there and plays defense and kind of shuts that player down, so she gets a lot of credit too.”

Fletcher scored seventh fourth quarter points in the stretch drive leading to a 17-point Greenville win while leading all scorers with a game high 17-points.

“Skyler (Fletcher) does what Skyler does,” Germann stated. “She handles the ball – she finds a way to get to the basket. Josi Camacho had to come a little bit more of a scorer today with (Minaxi) Pandi out with an injury. Josi and Laikyn (Bruner) put some points on the board.” 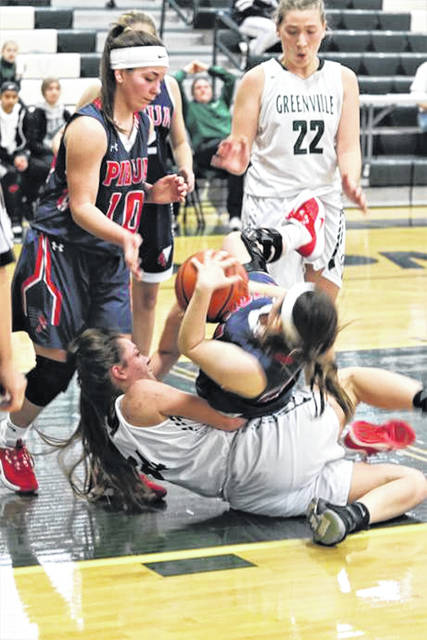 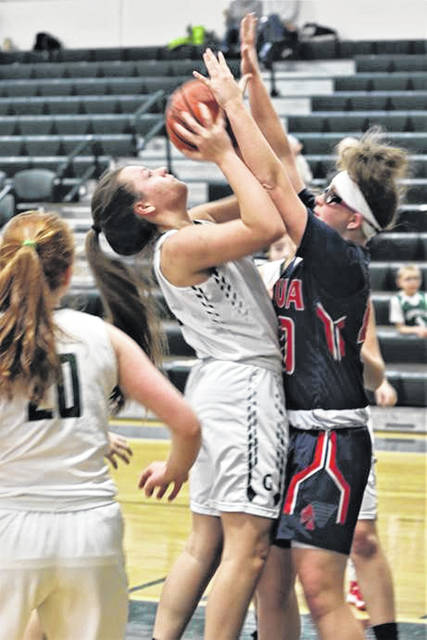 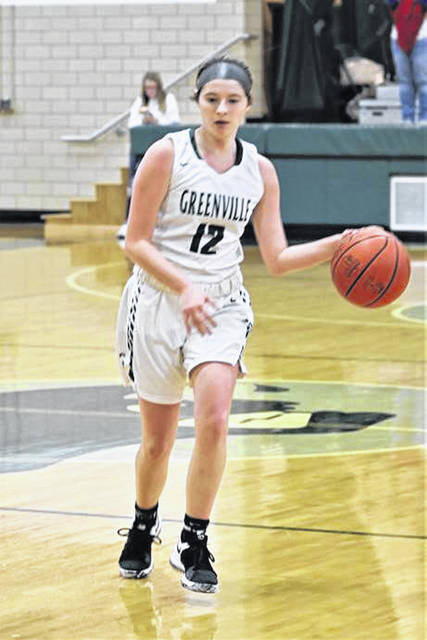 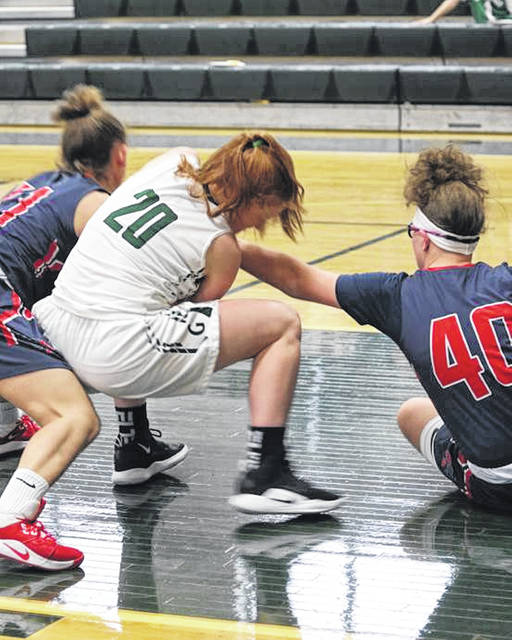 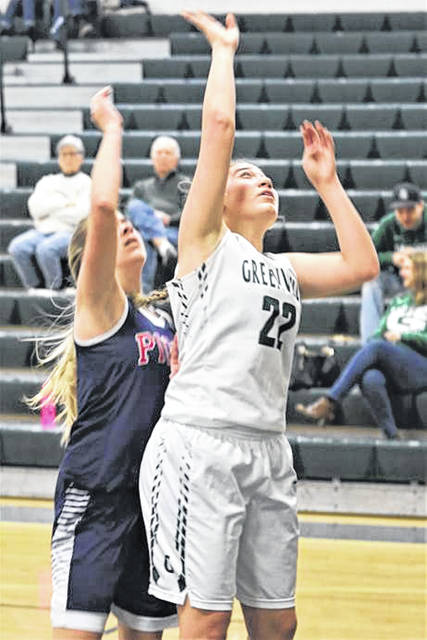 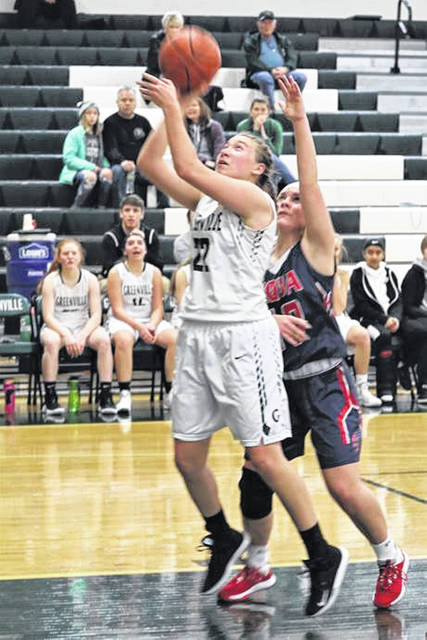 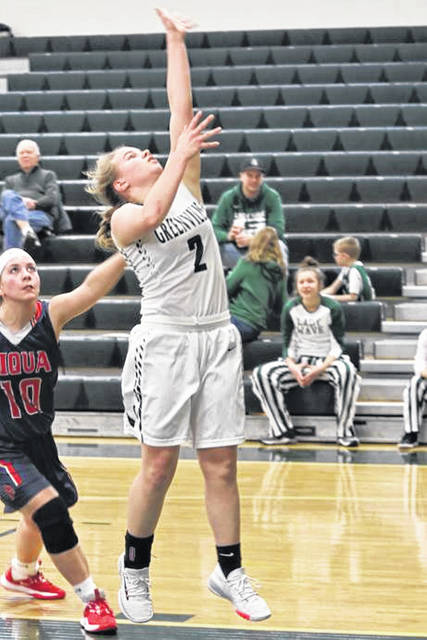