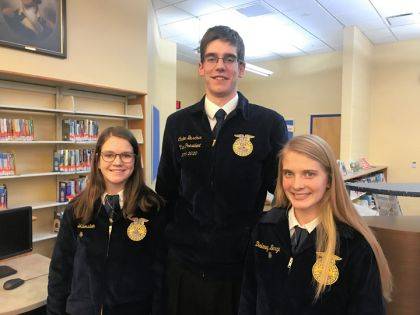 Eighth grade member Zoe Billenstein participated in the Creed Speaking Contest and placed first. She received a Gold Rating and will advance to the state contest representing District 5.

A special thanks to Mrs. Hoying and Mrs. Pitsenbarger for assisting these FFA members.