GREENVILLE — A local man made a brief appearance as a fugitive of justice via video in Darke County Common Pleas Court on Friday.

According to Judge Jonathan P. Hein, presiding over the case, Aaron J. Sanders, 27, of Ansonia, had a warrant for his arrest by Xenia Municipal Court. The complaint charge listed as assault with Sanders contending he was unaware of the warrant.

“Something to do with smacking someone upside the head with a pitcher of liquid,” continued Judge Hein with no other facts or location of the alleged incident.

Sanders last made a reported appearance before Judge Hein on allegations of community control violations in Oct. 2019. Allegations of noncompliance included alcohol or illegal drug use, a curfew violation, and a disorderly conduct and assault charge filed in Greene County on Sept. 29.

The Darke County allegations stem from a conviction on an amended charge of attempted felonious assault, a third-degree felony, in July 2018.

According to previous reports, Sanders had allegedly assaulted and stabbed a 25-year-old Indiana man at the defendant’s Ansonia residence.

Sanders pled guilty to the amended charge as part of a plea agreement with the prosecution and sentenced to 12 months in prison. An early judicial release was granted in September that same year.

Confirming details from address to Social Security number on the Xenia warrant as a match to him, Sanders waived counsel and extradition with bond set at $1500.

Also appearing in Common Pleas for grand jury arraignments were the following:

*Lana Ehlers, 52, of Union City, Ind., on allegations of aggravated possession of drugs, a fifth-degree felony. She was released on an own recognizance bond with a pre-trial conference slated for April 3.

*Brandon L. Moore, of Winchester, Ind., on allegations of disseminating matter harmful to juveniles, a fourth-degree felony. He was released on an OR bond with a pre-trial conference slated for April 3.

*Dillon M.D. Jeffers, 28, of Bradford, on allegations of two counts aggravated vehicular assault, both third-degree felonies, and two counts driving under the influence, both first-degree misdemeanors. He was released on an OR bond with a pre-trial conference slated for April 6.

*Mason A. Langenkamp, 18, of Greenville, on allegations of vandalism, a fifth-degree felony. He was released on an OR bond with a status conference slated for April 2. 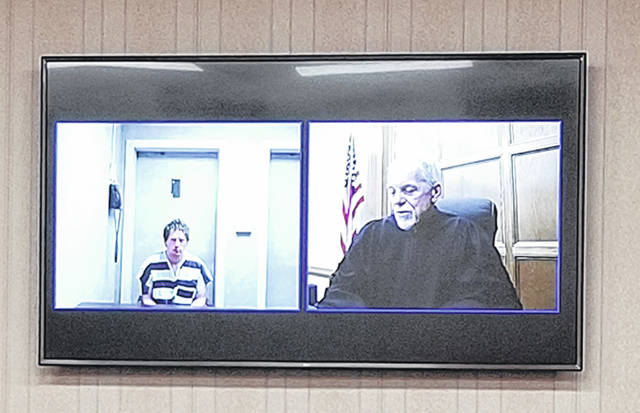