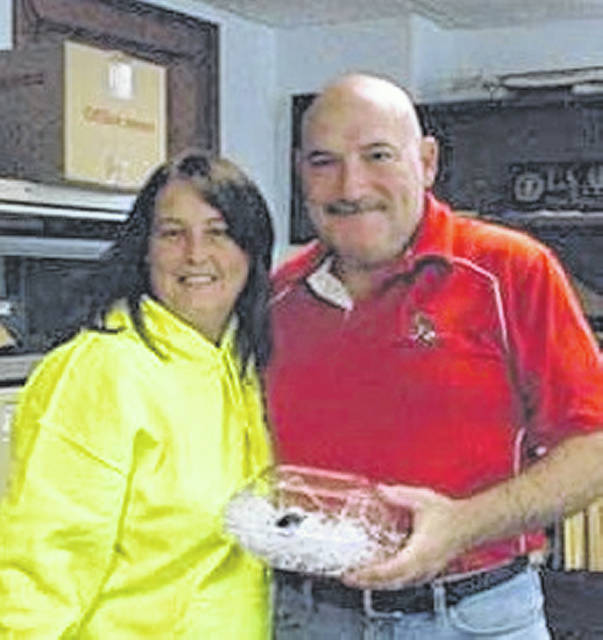 WINCHESTER, Ind. — The Vietnam Veterans Memorial Fund (VVMF) has announced The Wall That Heals’ national tour schedule for 2020. One of the stops will be in Winchester June 4-7.

The Wall That Heals exhibit includes a three-quarter replica of the Vietnam Veterans Memorial along with a mobile Education Center on the Winchester High School WCHS) grounds.

The 25th season of the Wall That Heals will begin Feb. 29 in Marco Island, Fla., and visit 36 communities during the year.

The traveling exhibit honors the more than 3 million Americans who served in the U.S. Armed Forces in the Vietnam War and it bears the names of the 58,276 men and women who made the ultimate sacrifice in Vietnam.

“We received 116 applications to host The Wall that Heals in 2020 and we are excited to announce that we’ve selected hosts for our 25th touring season. The Wall that Heals mobile exhibit replicates the Wall Experience in Washington, D.C. and provides veterans and their family members the chance to experience The Wall That Heals in their own community,” said Jim Knotts, president and member of the VVMF. “Hosting the exhibit provides the opportunity to honor and remember those who have served, sacrificed and offers an educational experience for vistors on the impact of the Vietnam War on America.”

Randolph County Veterans Service Officer Michael Kennedy is making plans for this new wall honoring Vietnam War veterans for their sacrifice, with the help of Bridget Swabb-Ashley. Both organized a similar wall that came to Winchester five years ago on the 40th anniversary of the end of the Vietnam War.

“For me, it’s just another way of honoring our Vietnam veterans,” Kennedy said.

A semi-tractor trailer that will be coming along with it will feature a display of Vietnam-era uniforms, a TV screen showing photos and listing the names of local heroes who passed in Vietnam and showing where their names are located on the Vietnam Wall.

The Wall That Heals coming to WCHS will list veterans from the Randolph, Wayne, Henry, Delaware, Jay counties in Indiana and the Darke County, Ohio, region.

The display will include another TV screen, called The in Memory of Wall, which will have the names of Vietnam veterans who died of wounds received as the result of battle including issues such as the effects of Agent Orange. It will honor Vietnam veterans who returned home and later died as a result of their service but whose deaths do not fit the Department of Defense parameters for inclusion on the Wall. Applications are being accepted for the “in Memory” for inclusion on the Vietnam Veterans Memorial *the Wall). Along with the application, one must send a copy of the death certificate, a copy of the DD214 showing proof of service in Vietnam and two different clear photographs of the honoree. Hoevever, it was noted not to send the original as they cannot return them. For any questions, go to www.vvmf.org/inmemory_FAQ.

“It will take $10,000 to bring the wall, so we’re looking for corporate sponsors,” Kennedy said. “It will cost an additional $5,000 if we also bring the Huey, the type of helicopter that lifted troops in and out of battle, essentially, the workhorse of the Vietnam War. Plans call for the Huey to land on the WCHS football field and provide people with flights so anyone interested can see what it’s like.”

A motorcycle escort will accompany the wall when it arrives. The last time a similar wall came to Randolph County (April 30, 2015), it was accompanied by about 350 motorcycles, Kennedy said.

“Hopefully, we will have more this time,” he said. “Three hundred and fifty looks like a lot; it was basically motorcycles as far as you could see.”

“We are currently seeking donations to help cover the costs, we need people to help set up and tear down the displays, we need highway security (although most of that will likely be done by county deputies) and we need workers to assist attendees and answer any questions they may have,” he said. “We need about 200 volunteers, total.”

Preliminary plans also call for a parade to celebrate the wall’s local arrival. There will also be vendors in the park related to the exhibit.

The Welcome Home Veterans Parade, she said, will be June 6, the same route as five years ago.

“Motorcycles will be at the 4-H Fairgrounds, emergency personnel at the cemetery and people at the armory,” she said. “Lineup is at 11 a.m. and the parade will start at 1 p.m., ending at WCHS.

“The money we make goes back to fund the Wall in D.C.,” said Ashley. “They don’t want flags or flowers around it. They want it to be the exact replica.”

The Wall That Heals and its education center will be going to start in Delaware County come down (State Route) 32, go past Selma, Parker City, Farmland, Maxville and through downtown Winchester and will swing around the overpass and go into the parking lot of the high school, across from SilverTowne on East Union City Pike.

She said the Wall that Heals takes eight to 10 hours to set up; thus volunteers are needed for that, as well as for tear down at 3 p.m. on Sunday.

“When this happened the first time, it was a new experience and humbling for me,” said Ashley. “I cried a lot. So many were affected by all of this.”

Tours are being planned.

“We have to find groups to come in and lead visitors to the Wall That Heals and over to the education center. It’s about 45 minutes to an hour,” according to her. “We can always use ideas.”

Those wanting more information, may call Cynthia Long, the WWTH coordinator in Virginia at 202-330-0959.