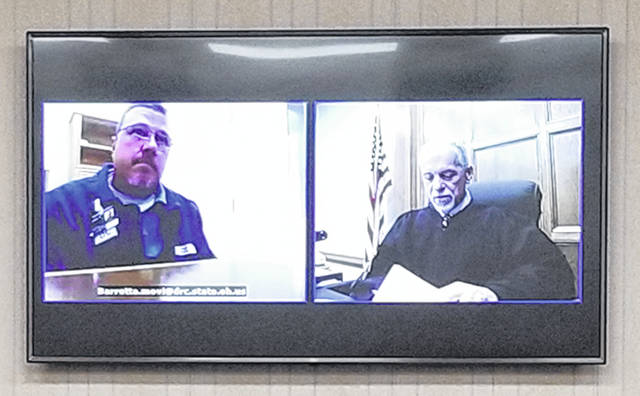 Danny N. Drake, 50, had pled guilty to driving under the influence as part of a plea agreement in Darke County Common Pleas Court back in August.

As previously reported, Drake had a total of nine DUIs with the latest conduct transpiring on April 19. He was sentenced to prison along with a $1350 mandatory fine and a five-year operator’s license suspension in October. At that time, a similar charge was pending in Montgomery County with Drake’s attorney, Michael Mills, stating the sentence would run concurrently with Darke County.

Drake had served the minimum, mandatory 120 days on the case, according to Darke County Assistant Prosecutor Jesse Green, with Mills citing his client had completed numerous certificates and was attending rehabilitation programs in prison. Further that Drake had been doing well with pre-trial treatment programs and attending e-jail before his incarceration.

Drake noted similar his attending rehabilitation programs and, “Staying out of trouble.” That he would return to his former employment, if possible, and continue with rehab programs.

Granted judicial release, Drake will be under community control for up to 60 months with 100 hours of community service, court costs, and mandatory fine, as well as continued operator’s license suspension.