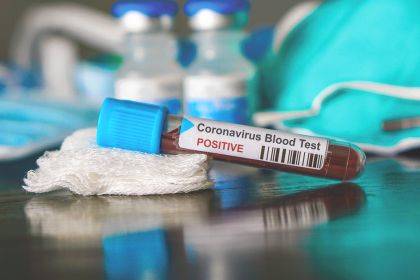 GREENVILLE – The threat of the COVID-19 (coronavirus) has forced the federal, state and local governments to exercise caution to prevent the threat of the disease. Changes, cancellations, and postponements are announced on a daily basis and in some cases on an hourly basis.

As of 2 p.m. on March 12, there have been five confirmed cases of COVID-19 in Ohio with 52 under investigations and 333 under health supervision.

The most recent order by Governor Mike DeWine will affect students in grade K-12. On Thursday afternoon, the governor closed all public, private and charter schools for three weeks beginning at the close of school on Monday.

DeWine tweeted, “From what we can tell based on what has happened elsewhere – unless a child has another medical problem, the risk of death from #COVID19 for a child is not very high, but kids are potential carriers.”

He continued “We have today again consulted with experts, so we are announcing today that children in the state will have an extended spring break of 3 weeks. We will review it afterwards. This will begin on Monday.” He later clarified his tweet and announced it would begin at the close of school on Monday.

Darke County Media reached out to Superintendent Doug Fries for comment, but due to the timetable of the announcement he was unable to return comment prior to going to press.

An hour before the governor’s announcement to close schools, the Ohio High School Association announced it was postponing all winter tournaments. This announcement affects wrestlers from Darke County Schools.

On Wednesday, the NCAA announced it would not allow fans at its basketball tournament sites, but on Thursday afternoon the organization announced that all NCAA championships are canceled. Most conferences had already canceled their basketball tournaments. The NBA, NHL, MSL have suspended their seasons and MLB is expected to follow suit.

Darke County Media reached out to Darke County Center for the Arts to determine if they will continue with their current slate of events. A response has not yet been received. The Niswonger Performing Arts Center in Van Wert announced it was cancelling all performances until April 6 due to the State of Ohio Ban on Public Performances.

Darke County Media will continue to post cancellations and postponements online as they become available.