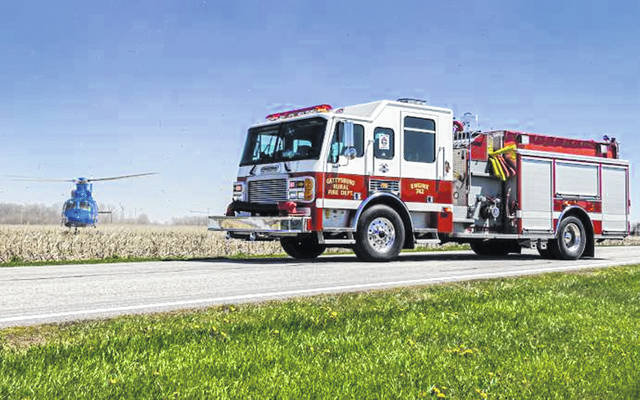 GETTYSBURG – An elderly man was airlifted by CareFlight Monday afternoon after falling from a ladder and landing on a concrete floor below.

At approximately 11:51 a.m., Emergency personnel from Gettysburg Fire and Rescue responded along with deputies from the Darke County Sheriff’s Department to 7423 Children’s Home Bradford Road in reference to a fall from a ladder.

According to the Gettysburg Fire Department, initial reports indicated that an elderly male was working inside a barn when he fell nearly 30 feet from a ladder landing onto the concrete.

The unidentified male was treated on the scene by Gettysburg Rescue prior to being flown by CareFlight to Miami Valley Hospital where his condition remains unknown.