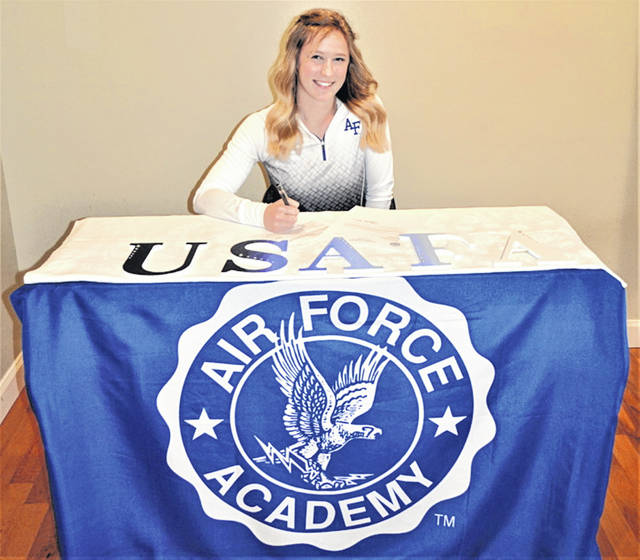 VERSAILLES – Versailles senior, Lucy Prakel has accepted an appointment to the United States Air Force Academy to continue her education while pole vaulting for the track and field team.

“It’s great to have the opportunity,” Prakel said of serving her country. “The Air Force offers great ideas for leading others. I want to be able to lead others and positivily influence them.”

Prakel, the daughter of Mike and Christy Prakel plans to study biology and pursue a career in the medical field after graduation.

The recruiting process had Prakel researching options while continuing to pursue an Air Force Academy education and pole vaulting career.

“I reached out to the coaches first and they reached back to me,” Prakel said of the Air Force Academy track and field program. “They were interested and I waited a little bit. We talked back and forth and eventually they offered me an official visit. That’s when I got pretty serious. I did go on an official visit to Villanova as well and I was also looking into Marquette.”

Students from all over compete for an appointment to the U.S. Air Force Academy, making it one of the most selective universities in the country.

Cadets at the Academy live by a code of honor and integrity, reinforcing that code with their daily actions and with the goal of maintaining honor and integrity when placed under great stress. The academy inspires and trains the leaders of tomorrow’s Air and Space Forces.

“Once you get there you work on building yourself up and leading yourself,” said Prakel. “When you get older you work on leading the underclassmen and then once you’re a first year senior you have the opportunities to lead the whole cadet wing.”

“When you graduate you’ll be leading a whole lot more people as a Second Lieutenant so they train you really well,” Prakel added. “At the Air Force Academy they say they prove leaders of character and I think that is a great thing. That is what I want to do – I want to do something greater than myself.”

“After our nomination, they had a banquet where all the other nominees came,” said Prakel. “Representative Warren Davidson and Senator Rob Portman were able to attend. I was able to talk to them and some other nominees there.”

Prakel took time to thank her family and coach for helping to reach her goals.

“I want to thank my parents because they have been supportive the whole way,” Prakel said. “My mom was actually surprised when she heard when I applied as a junior and she was surprised that I wanted to apply. She supported me through the whole way and my dad did as well and of course my coach, Adam Schwartz.”

“My siblings (Mary, Margaret, Sam and Caroline) have given me great role models to look up to,” Prakel concluded. “I probably wouldn’t have pushed myself as much if they weren’t there to push me.” 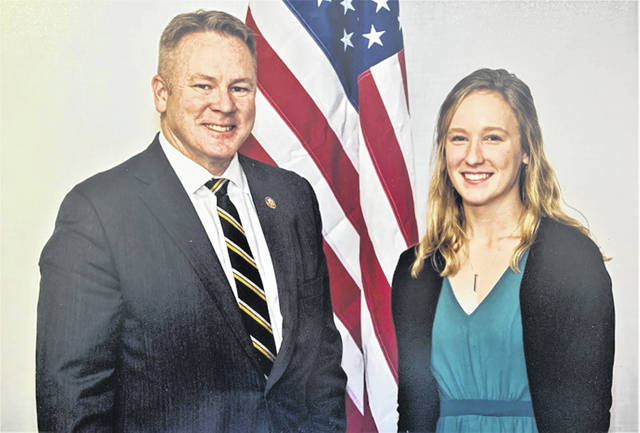