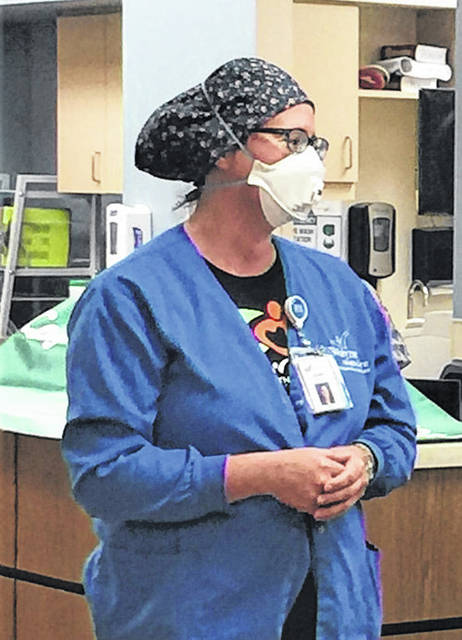 GREENVILLE — Though the skies were gloomy and faces were largely hidden by masks, Tuesday saw smiles nonetheless as a nurse at Wayne Health Care (WHC) was presented with a special award.

Jenny Smith, an RN who works in pre-post and chemotherapy, was given this spring’s Daisy Award.

Smith has been employed at WHC since 1994. She is married and has three daughters and resides in Arcanum. Her duties include preparing patients for surgery, and seeing after their needs in the recovery room.

“I just love taking care of people, I’m a people person,” she said. “I like people to feel at home and I like taking care of my community, our family and friends. I love what I do.”

Asked if she was surprised by the award, Smith said “Very surprised. It was a wonderful surprise. It’s very special, very meaningful.”

One of those on hand to present Smith with the honor was Vice President of Patient Care Services and Chief Nursing Officer Kim Freeman.

She described Smith as “one of those exemplary nurses, nurses who make an impact on their patients each and every day.”

“Jenny certainly represents the award well,” said Freeman. “She cares for every patient as if they’re family and gives care and compassion to everyone she serves and we are fortunate to have her at Wayne Health Care and appreciative of her service.”

Susan Byram, Social Worker at Behavioral Health Unit and a patient at WHC, was the one who nominated Smith.

“I thought she was wonderful,” said Byram, who received care from Smith during a foot surgery in January. “She was so friendly, super welcoming, she was very positive. I’d never had surgery here in this hospital ever, and I was a little apprehensive about it, but she was very sweet, encouraging and heartwarming to me.”

Byram said Smith even stopped by to check on her after she had returned to work following surgery.

“I couldn’t have gotten a better nurse, she’s certainly deserving,” she said.

Other on hand to present the award were Director of Perioperative Services David Augsberger and Wayne HealthCare President and Chief Executive Officer Wayne Deschambeau.

Smith is the hospital’s seventh award winner, and signed her name to a banner featuring past awardees. 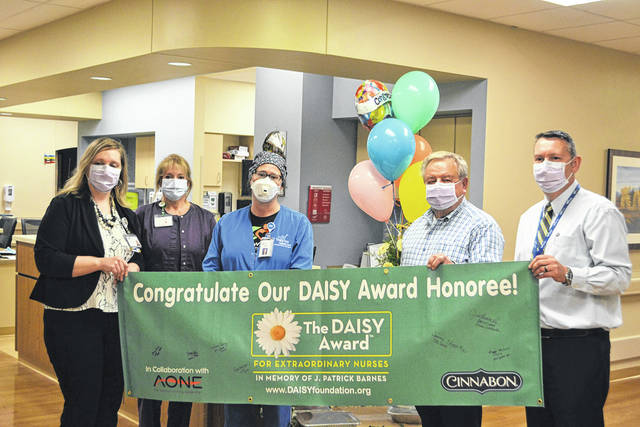