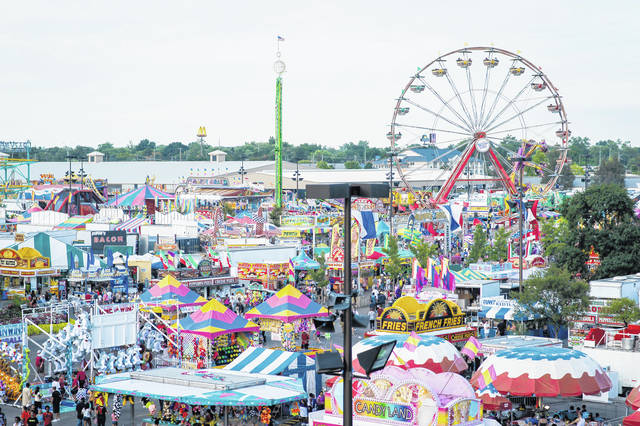 COLUMBUS — Sure to be a disappointment to fairgoers, the Ohio Expositions Commissions announced Thursday it will cancel the 2020 Ohio State Fair.

The event was originally scheduled for July 29 to August 9 in Columbus. In a press release, the commission said its decision to cancel was due to its concerns “for public health, as well as the financial feasibility of hosting a socially distant fair that would adhere to social distancing protocols.”

“After careful thought and deliberation, we have decided to cancel the Ohio State Fair. Knowing how easily the virus spreads in large groups, we believe it is the safest path forward for the health and safety of all Ohioans.” said Andy Doehrel, chair of the Ohio Expositions Commission. “The financial ramifications of hosting a reduced-capacity Fair would be too great, and we need to protect the great Ohio State Fair for future generations.”

“Our first priority is the safety of the hundreds of thousands of people involved in the Ohio State Fair each year,” said Virgil Strickler, general manager of the Ohio Expo Center & State Fair. “While this is a difficult decision, we feel it is necessary to protect the fairgoers, exhibitors, volunteers, vendors, partners, performers, concessionaires, youth leaders, employees and sponsors.”

“I look forward to seeing my fellow Ohioans at the 2021 Ohio State Fair, when it is safer for us to enjoy our favorite traditions together,” he added.

Last year, 934,925 people attended the Ohio State Fair during its 12-day run. These attendees came from each of Ohio’s 88 counties, all 50 states, the District of Columbia, as well as Canada and Mexico.

The Ohio Expositions Commission further stated it is focused on developing a strategy to responsibly reopen its year-round facilities when appropriate, and to welcome guests back for the 2021 Ohio State Fair, scheduled for July 28 through August 8 of next year.