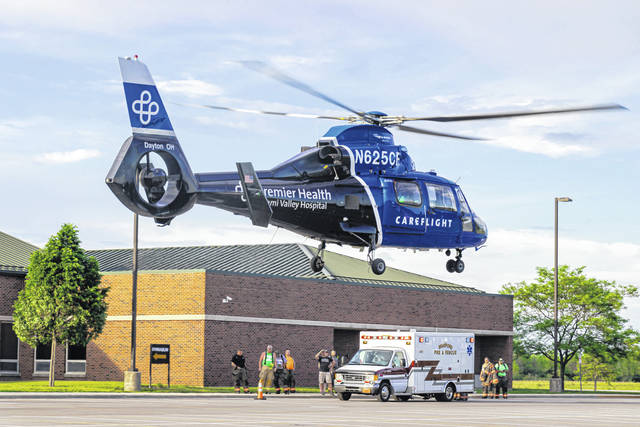 BRADFORD — A young child was airlifted for severe burns Monday evening after falling into a fire pit during a family’s gathering and Memorial Day celebration.

At approximately 7:14 p.m., emergency personnel from Bradford Fire and Rescue responded along with Deputies from the Darke County Sheriff’s Office and CareFlight to 8408 Versailles Southeastern Road, Stillwater Beach Campground, on a juvenile that had fallen into a fire. According to the Darke County Sheriff’s Office, a preliminary investigation into the incident revealed that several juveniles were playing at a campsite when a 5-year-old male child fell into a fire pit receiving burns to his upper extremities.