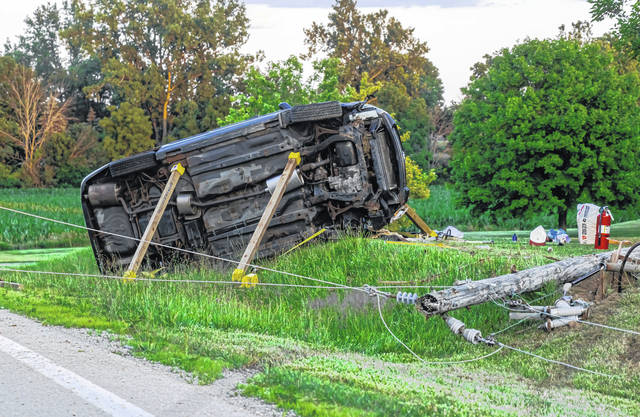 ARCANUM — A single-vehicle crash Thursday evening near Arcanum ended with one person injured after the vehicle he was operating left the roadway and rolled at least once.

At approximately 8:14 p.m., emergency personnel from Arcanum Fire and Rescue responded along with deputies from the Darke County Sheriff’s Office to the area of 1420 State Route 503 in reference to a single-vehicle accident with entrapment.

According to the Darke County Sheriff’s Office, a preliminary investigation into the incident revealed that a black Honda Civic was traveling southeast on State Route 503 when the driver, for unknown reasons, lost control of the vehicle and traveled off the right side of the roadway. The vehicle continued south, striking a utility pole and causing downed power lines before rolling and coming to rest on its side.

The male driver of the Honda was extricated by mechanical means from his vehicle prior to being treated by Arcanum Rescue for what were described as non life-threatening injuries. The driver was then transported to Miami Valley Hospital North where his condition remains unknown. 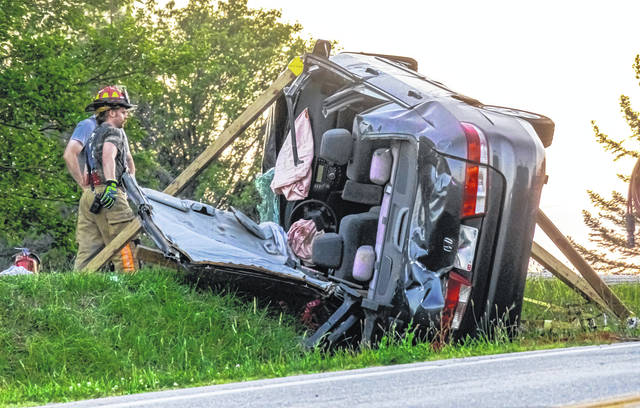