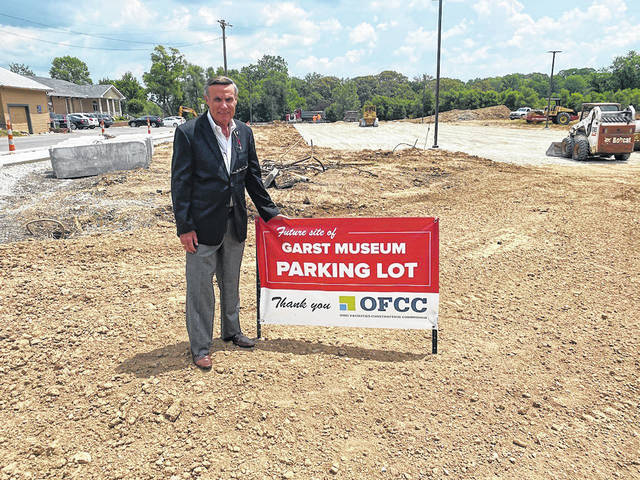 GREENVILLE — Recognized, once again, for “for significant contributions” to the community, Darryl Mehaffie has received another prestigious award.

At the July 9 meeting of the Darke County Historical Society (DCHS) operating as Garst Museum, Darryl was surprised as this year’s Heritage Award recipient. Having served since 1987, he was also recognized that evening as a now emeritus member of the DCHS.

According to museum CEO Dr. Clay Johnson, the DCHS’s Heritage Award was created to recognize outstanding citizens or organizations for their distinguished contributions or actions of unusual excellence that help connect people to Darke County’s past.

Dr. Johnson added, “Darryl’s experience and unique insight into the administrative needs of the DCHS has been an integral part of our success and his guidance in moving difficult projects forward has assisted in the museum’s growth over the years. On a more personal level, I have benefited from his tutelage on the political process for nonprofits and always have enjoyed our conversations. Darryl’s legendary support for the Darke County community goes far beyond his decades of dedicated assistance to Garst Museum, and it is an honor to present the Heritage Award to him.”

Of special note in his 30-plus-year impact as a trustee of Garst Museum, Darryl worked to secure legislative passage of state Capital Improvement Funds for Phase 1 of a parking lot. Construction is well under way. While most of the facility will be across from the Museum (off Wilson Drive) in the former Buchy Foods lot, the extension of the present parking spaces will occur closest to the building near the Lowell Thomas Wing. It is fitting that the lot is next to this wing as Darryl served as co-chair of the building committee for the construction of the Lowell Thomas Meeting Room Wing, which broke ground in 1998.

Adding to his list of recognitions, Darryl received the local Darke County Center for the Arts (DCCA) William L. Combs Patron of the Arts for his work in getting the same capital improvement dollars for the latest renovation of Memorial Hall. Greenville and Darke County have benefited greatly from his service on the Board of the Ohio Arts Council.

While Darryl taught 5th and 6th grades at Northmont City Schools for 30 years before retiring, he also served on the Darke County Fair Board for 27 years. Often, he would donate items for the Garst Gala that he had purchased from performers at the Fair.

Remaining committed to education, Darryl served for 20 years on the Edison State Community College Board of Trustees (vice chairman or chairman), the Ohio Association of Community

Colleges, the Ohio School Board Association, and the State Board of Education. While serving on the Ohio Association of Community Colleges, Darryl received the Maureen C. Grady Award for Special Achievement, which recognizes the extraordinary leadership and contributions of those trustees recognized.

Unofficially known as a “king maker,” he has been instrumental in working with our Republican politicians and legislators over many years. He received the Darke County Republican of the Year Award in 2015 and has served for a long time on the state GOP Central and Executive Committees, even meeting the Ambassador to Cuba.

According to former Ohio House Rep. Jim Buchy, “Darryl and I worked on many issues together during my 12 terms in the Ohio House of Representatives, and his input was always needed and so valuable.” Darryl was also inducted into the Association of Ohio Commodores in 2016.

Daryl and his wife Mary Ann live in Greenville. A long list of service to this community and his extraordinary contributions to connect people to the history of the county and the arts support all accolades that are bestowed on him. 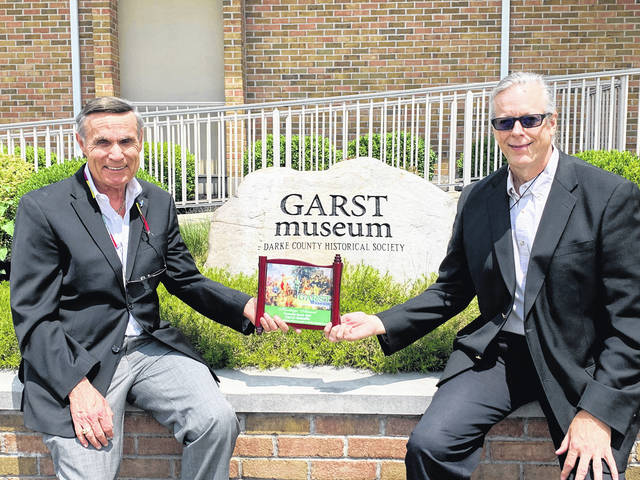