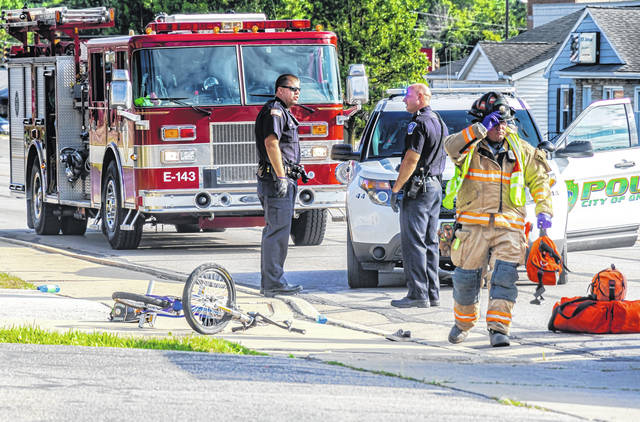 At approximately 6:09 p.m., emergency personnel from Greenville Township Rescue responded along with the Greenville City Fire Department and officers from the Greenville Police Department to the area of 301 Wagner Avenue in regards to a juvenile with severe abdominal injuries from a bicycle accident.

According to the Greenville Police Department, a preliminary investigation into the incident showed that a young male juvenile was riding a Mongoose BMX style bicycle with a group of friends southbound on Wagner Avenue. The juvenile, for unknown reasons, wrecked his bicycle on the sidewalk located on the east side of the roadway.

The juvenile was treated on the scene by Greenville Township Rescue for what were described as serious injuries prior to being transported to the Darke County Criminal Justice Center to await CareFlight. He was then flown to Dayton Children’s Hospital where his condition remains unknown at this time.

No other injuries were reported as a result of the incident.