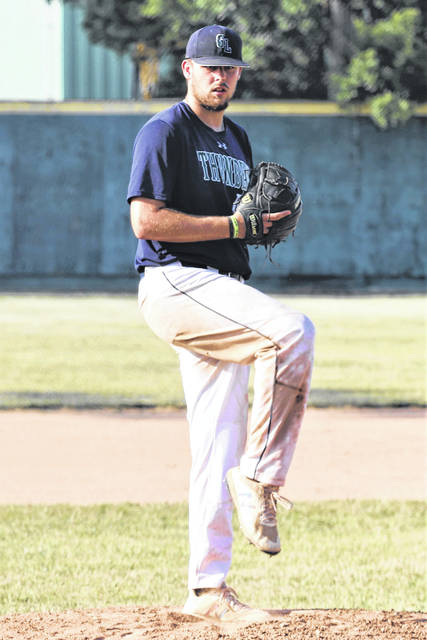 GREENVILLE – Arcanum 2020 graduate Grant Delk and first cousin Jaxson Christ, a 2020 Arcanum freshman had their dream of playing one season of Trojans varsity baseball together dashed with the arrival of the COVID-19 pandemic cancelling all 2020 OHSAA spring sports.

“I was looking forward to it in the high school baseball season,” Jaxson Christ said.

“It was cool to have a lot of our family here and probably the last time we are ever going to see it,” said older cousin, Grant Delk. “It was nice to have a chance for it to happen.”

“Cameron (Jaxson’s father) and I competed against each for years out at Sater, back when it was tough to find a seat for a Greenville/Arcanum baseball game,” said Coach Henry.” We had a lot of good games and eventually ended up umpiring high school games together and he officiated some of my games when I was at Greenville High School.”

“As we both started raising kids we weren’t in contact much, but I’ve been able to follow his boys through social media,” Henry continued. “I knew coming into high school this year that if Jaxson was anything like his old man, the kid was going to be able to catch.”

“He plays in the Dayton Classics organization, and in an early-season game where his 15U team was playing my younger team, Cameron said he was sad that Jaxson wasn’t going to be able to catch his cousin because of the season getting cancelled. I think I threw out a maybe we can make that happen, he said let me know and that was about the end of it.”

“The previous Thursday to this game I was informed of a cancellation of our last home game, making this the last chance to make it happen,” Coach Henry added. “On a whim I remembered the conversation, texted Cameron if they weren’t busy we could do it and luckily everything aligned.”

Playing as the Greenville Thunder 19U team with the cancellation of the 2020 Legion Baseball program due to the Corona Virus, the cousins became battery mates for the first time when Coach Henry summoned the Arcanum freshman to catch the hard throwing Delk in a game the Greenville Thunder run ruled the visiting Dayton Classics 16-5 in five innings of play.

“What a tremendous young man,” Coach Henry said of Christ. “Was a pleasure to have in the dugout, wore a smile on his face throughout and his play spoke for itself. He called all the pitches, threw out two runners and I can’t remember a ball getting to the backstop. He certainly inherited his dad’s ability behind the plate, but luckily he got Amanda’s (mother) athleticism, personality & demeanor.”

“He’s going to be a very exciting athlete to watch his next three years and beyond,” Henry said..

“I always watched Grant when he was younger,” Christ stated. “We would throw together and it is just awesome that I got to catch him – it was cool.”

“It was pretty cool, first time ever, he did a nice job,” Delk concluded. 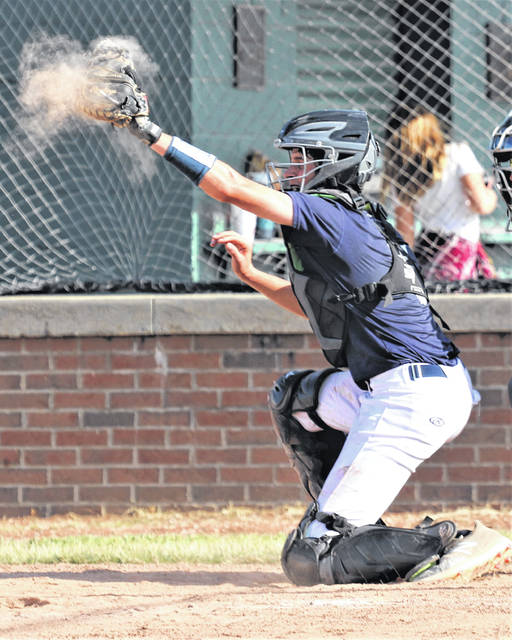 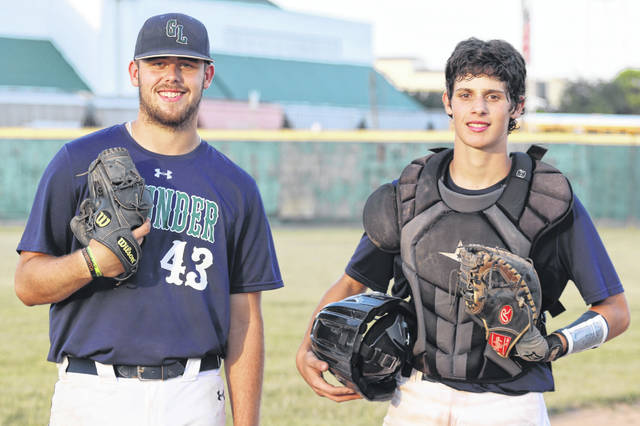 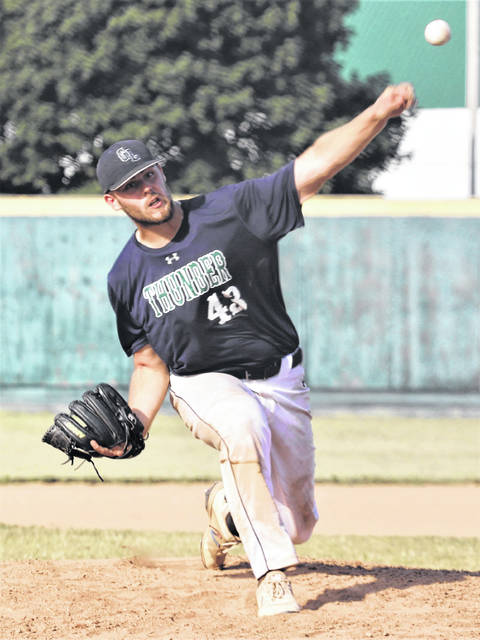 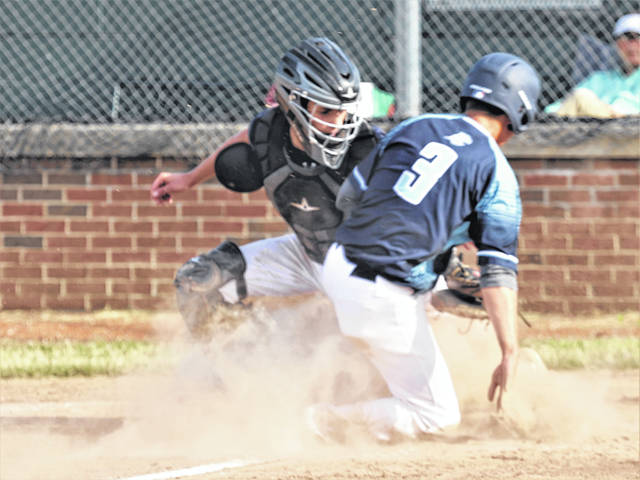 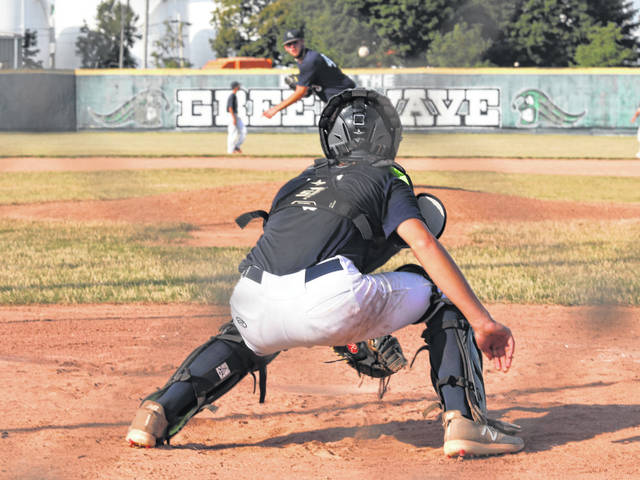