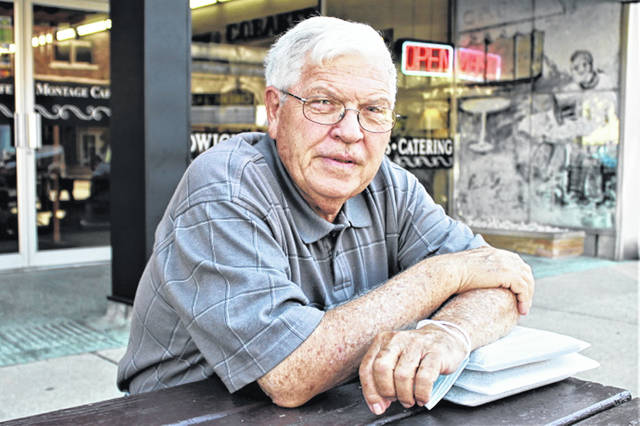 “I stepped aside for a year and the gentleman that took my place left and I came back and did it again,” added Butch. “We get though this year I will have served all of them except for that first meeting.”

“Everything is going very well and on schedule,” Butch said of WOAC progress. “Guys are working hard at it, we have everything pretty much in place, just needs ratification from the board of control and it will take off”

The Cross County Conference was formed in the fall of 1978 when Ansonia, Arcanum, Bradford, Franklin Monroe, Mississinawa Valley, Newton, and Tri-Village from the Darke County League joined with National Trail, Preble Shawnee, Tri-County North and Twin Valley South from the Wayne Trace League while Bethel joined from the Three Rivers Conference.

At the end of the 1983-84 season Preble Shawnee left the conference. Covington joined the conference from the Southwestern Rivers Conference in the fall of 1991.

The next addition would come 10 years later with Anna, of the Shelby County League joining the conference in the fall of 2001 as a football only member.

Anna left the conference at the end of the 2005 football season while Miami East would join the conference from the Central Buckeye Conference in the fall of 2006 as a full member.

The conference currently has 13 full members and one football only member.

With the dismantling of the CCC, Bethel, Covington and Miami East from the CCC, Milton-Union and Northridge from the SWBL, Troy Christian from the Metro Buckeye Conference and Riverside from the Northwest Central Conference will also debut a new league beginning with the 2021-22 season, the Three Rivers Conference.

“The new Three Rivers Conference has a good group of people just like the WOAC,” Butch concluded. “It’s pretty much in place and everybody knows everybody. It is going to be a good fit for everybody.”