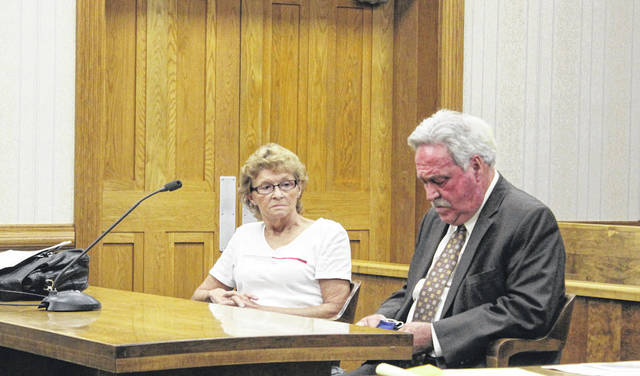 Reier had previously been indicted on charges of attempted murder, a first-degree felony, and felonious assault, a second-degree felony, for shooting 26-year-old Devan Dickey in the abdomen at a private residence on Beam Road near Ansonia. Reier and Dickey had been in a heated argument leading up to the shooting.

Following her initial citation, Reier appeared in court on June 12 for a pretrial hearing and was issued an OR bond. On June 16, Reier entered a not guilty plea by reason of insanity and was referred to a forensic psychologist for an evaluation of her mental state. A motion to suppress was also filed by Reier’s attorney leading up to her court appearance on Thursday afternoon.

On Thursday, the forensic report was reviewed by the court and Reier, on her own accord, withdrew her plea of not guilty by reason of insanity. The motion to suppress was continued for a later date and the conditions of Reier’s bond remain the same.

The date of Reier’s next court appearance has yet to be determined.