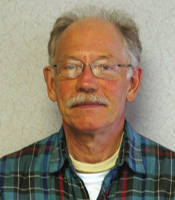 The Phillies pitching staff was anchored by John Denny 19-6/2.37ERA and had a strong bullpen with closer Al Holland 8-4/25SV, Ron Reed 9-1 and Willie Hernández 8-4.

The series opened in Memorial Stadium in Baltimore with starters John Denny and Scott McGregor both at their best as each team was held to five hits each. Solo home runs accounted for all of the runs. Jim Dwyer hit one in the first inning to put the Orioles ahead, Joe Morgan tied it in the sixth and Garry Maddox hit the game winner in the eighth and the Phils won 2-1 to go up 1-0 in the series.

Still in Baltimore, Philadelphia took an early 1-0 lead in game two but the Orioles broke the game open with three runs in the fifth helped by John Lowenstein’s’ solo home run and Oriole starter Mike Boddiker was in control allowing only three hits and going all the way for a 4-1 victory to tie the series 1-1.

Game three was in Veterans Stadium in Philly with two veteran lefthanders and former Cy Young Award winners in Steve Carlton and Mike Flanagan opposing each other. Carlton was staked out to a 2-0 lead with solo home runs by Gary Matthews and Joe Morgan. Dan Ford homered for Baltimore to make it 2-1 with Carlton pitching in the seventh inning.

He got the first two outs but Rick Dempsey doubled and went to third on a wild pitch. Benny Ayala singled in Dempsey to tie the score and Al Holland replaced Carlton. John Shelby singled with Ayala going to second and Mike Schmidt made an error on a grounder to third with Ayala scoring what proved to be the winning run and the Birds go up two games to one.

Jim Palmer got the victory pitching in relief of Flanagan-seventeen years earlier in 1966 he had gotten his first World Series win versus Sandy Koufax and the Dodgers.

It is always psychologically tough when a team loses a close game pitched by one of their best pitchers but the Phillies were back the next day with game one winner John Denny attempting to even the series with the Phils.

In another close game the Phils were up 3-2 after five innings but Denny could not hold the Orioles and they scored two in the sixth and one in the seventh for a 5-4 win and a commanding 3-1 lead in the series.

Mike Flanagan was back in game five and threw a complete game five hit shutout 5-0 to win the series for the Orioles. He was helped by two home runs by Eddie Murray and one by Orioles’ catcher Rick Dempsey with Dempsey getting the series MVP award.

It was a disappointing series for Dayton native Mike Schmidt as he was only one for twenty with no RBI’s or HR’s and a .050 batting average. The Phils would be back in 1993 while the Orioles have yet to return to the World Series.