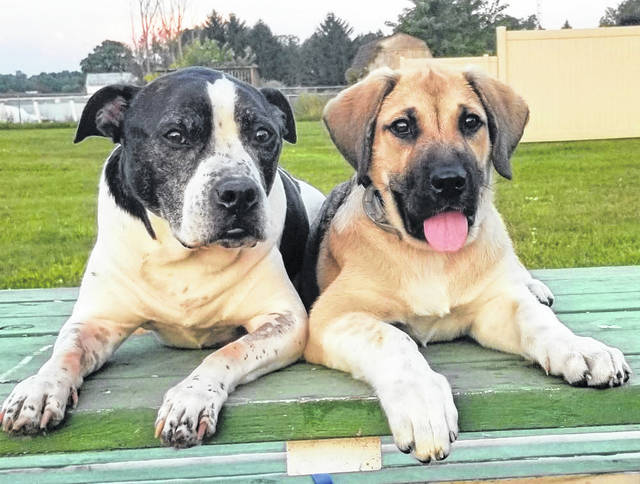 GREENVILLE — If anyone has ever watched the Marvel “Avengers” films, he or she would immediately recognize these colorful superheroes, all “decked out” in cool costumes, selflessly leaping into action, and saving the planet from some impeding earthly chaos. While their larger-than-life exploits on the “big screen” evoke our cheers and applause, we sometimes forget the many ordinary heroes and heroines who fight courageously for the underdogs of this world, making the most of each opportunity to offer help when and where it is most needed.

Without fanfare or accolades, these incognito champions dwell among us in our community landscape, and, on rare occasions, we catch a glimpse of them in action. Greenville native Carla Hill-Clark, founder of BARK Animal Rescue, Inc., is, without a doubt, one such “superhero,” to the dogs she rescues, and the families who discover the joy of an ever-wagging tail.

A graduate of Greenville High School, Hill-Clark enlisted in the United States Navy, and lived in sunny Southern California for 24 years, until her retirement from military service. When she moved back to Greenville to be closer to her mother, Helen Teeter, of Coletown, in 2008, Hill-Clark became active in local animal rescue organizations like the Humane Society and the Darke County Animal Shelter. Yet, as she desired to become more involved with saving dogs from puppy mills and high-kill shelters, Hill-Clark recognized that one breed in particular, the American Staffordshire Terrier (commonly known as the “pit bull”) was often targeted for euthanization in many counties across Ohio, Indiana and Michigan.

In 2014, Hill-Clark, along with her husband, Randy, founded BARK Animal Rescue, a non-profit 501(c)3 charity dedicated to rescuing dogs from poor living conditions and high-kill shelters. Over the past six years, many “pitties” have found great homes thanks to Hill-Clark’s efforts. Kathy Kenworthy and Chance Dehart, owner of the Wolf Tent LLC in Greenville, have adopted two spirited pups from Hill-Clark; “Bentley,” their first canine adoptee, was rescued from a high-kill shelter several years ago. More recently, when a cuddly eight-week old pit puppy came up for adoption, the family added their second BARK adoptee, “Zukie,” named after Danny Zuko, the lovable rebel from the musical, Grease.

Indeed, Hill-Clark has, herself, fostered many dogs and puppies over the years, but one very special pit bull named “Miss Petey” captured her heart.

“Her mom was scheduled to be euthanized while pregnant,” Hill-Clark recalled, “so I rescued her. And when she had four beautiful puppies, and I found homes for them in California and Lima, Ohio. But I knew Miss Petey would always be my special dog!”

Since her rescue in 2010, Miss Petey has become a BARK ambassador for the organization, accompanying Hill-Clark to nursing homes and rescue events throughout the United States. Like many similar non-profit rescues, Hill-Clark relies upon the generosity of donors who know and understand how important it is to not only rescue these dogs, but also find stable, loving homes for them. The BARK Rescue adoption fee of $200 helps defray the cost of rescue and foster care for the dogs, including veterinary care visits, spay/neuter fees, flea treatments, vaccines, and micro-chipping.

As adoption events and fundraising opportunities have become increasingly scarce due to the fluctuation in COVID-19 cases, Hill-Clark is hoping to inspire people to support her efforts by hosting her own fundraising event September 24-26, the BARK Animal Rescue “Under the Tent Sale.” Donations of gently used items, like furniture, books, clothes and assorted household items will be collected and sold to raise much-needed funds for capital improvements, such as foam insulation to the shelter’s red building. “More room means we can rescue more dogs,” said Hill-Clark, “And that would be a really great thing!”

“A dog is the only thing on earth that loves you more than he loves himself.”

For more information on adoptions, or to donate items to the “Under the Tent Sale,” call BARK Animal Rescue at (937) 423-9300 or check out https://barkanimalrescueincofdarkecounty.com/

To check out Wolf Tent LLC, visit their Facebook page at https://www.facebook.com/wolftentllc/

For more information on National Dog Day, visit the official website at https://www.nationaldogday.com/ 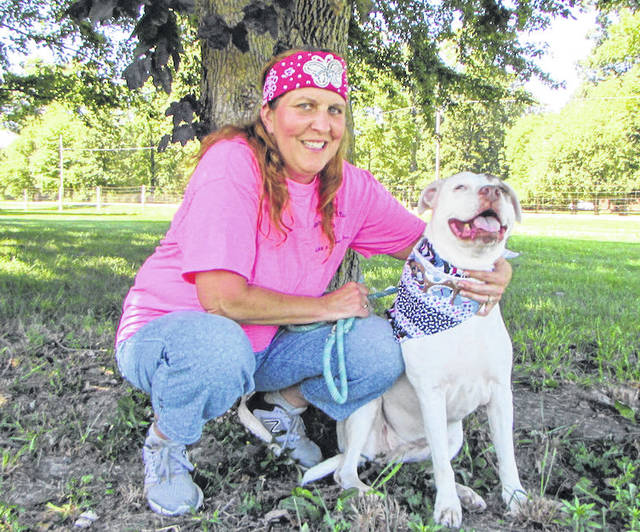 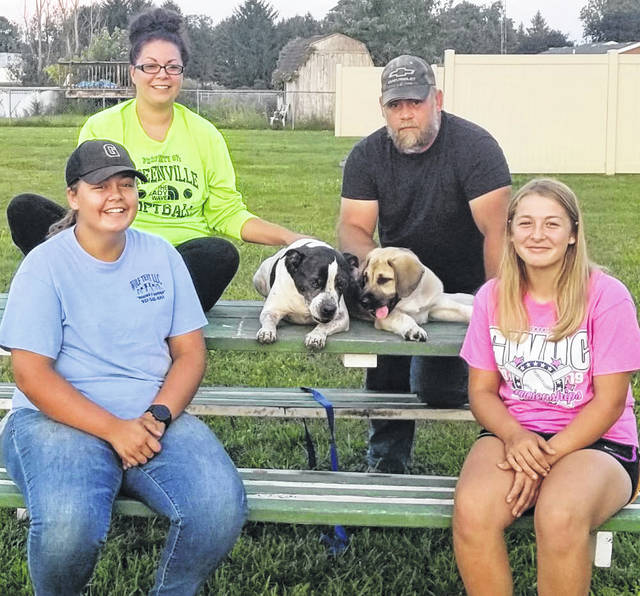