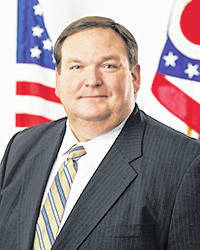 “It is a matter of basic human decency that persons employed by — and served by — the State of Ohio be treated with respect and civility,” said Gov. DeWine. “As state employees, we must be committed to being the government for all people.”

Gov. DeWine directed DAS, which manages state workforce functions, to take these steps to strengthen diversity and inclusion. Effective this month, Embracing Diversity and Inclusion is now a competency in the state’s performance management system, meaning it will be a measurable part of annual performance reviews for the state’s approximately 50,000 employees. It is defined as displaying and developing understanding of individual differences and viewpoints, and the impact of each on the workplace and customers.

In addition to the new competency, DAS launched Inclusive Listening: Pushing Through our Biases training. Implicit bias refers to the beliefs or stereotypes individuals may unconsciously hold or carry out in their daily interactions with others. This mandatory training will help employees understand bias and its impact on how they serve Ohio.

“We are stronger when we embrace our differences and these changes will help develop human resource strategies with diversity and inclusion as a forethought rather than an afterthought,” said Damschroder. “Initial efforts will focus on enterprise adoption of the new diversity performance competency and embedding disability inclusion in the overall diversity and inclusion strategy.”