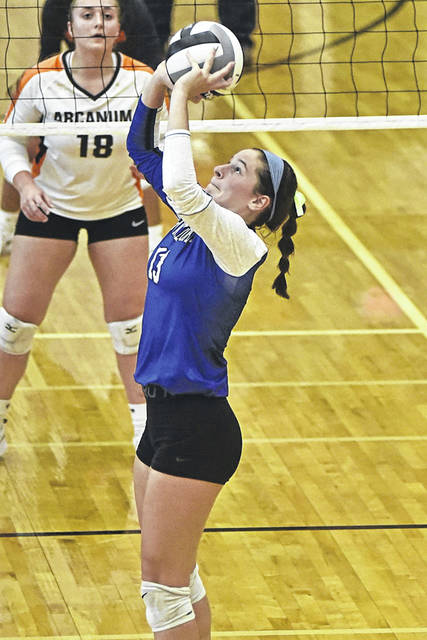 again take the fourth set 25-23 setting up the tie-breaker.

McGlinch who had a career night fought their way to a 15-9 win to take the match.

McGlinch, who set the record for assist in a match (38) and in a season (537) both achieved last

year, came into the game against Arcanum needing 11 to become the school’s all-time career

number 726 passing the old record of 725 set by Morgan Booher. She would end the night with

games to add to that career mark.

On surpassing the career record McGlinch had this to say.

“Volleyball is my favorite of all the sports, knowing I had two records already this one came as a

“I had no idea about the record tonight, it caught me by total surprise. When I heard them

announce my name, I’m like what’s going on … then my teammates are hugging me. It means

going to be a battle and could go five, but we pushed through it and didn’t get down on ourselves

and worked well together,” McGlinch said.

our experience and play together. Don’t worry about hitting the ball as hard as you can, find

That’s where McGlinch shined. The senior brought the Jets from behind early in the final set

serving FM to a 5-2 lead and then she was able to help direct, set and help put her teammates in

the right position to get the points they needed down the stretch, including setting up the final

point to sophomore Sadie Bowser who hammered one down the middle for the win.

the ball where it needs to be … anything I need her to do, she does it,” Franklin Monroe coach

“Every time we play Arcanum it’s always a great game, it’s a battle and we had to decide if we

McGlinch wasn’t the only record setter on the night. Senior Janessa Koffer tied the school

record for digs in a game with 48, a record she now shares with Makenzie Kreitzer.

alive for the Jets.

The win keeps the Jets undefeated at 3-0 on the season while Arcanum drops to 2-2 on the year.

come together and have fun, it’s what this is all about,” Filbrun concluded. 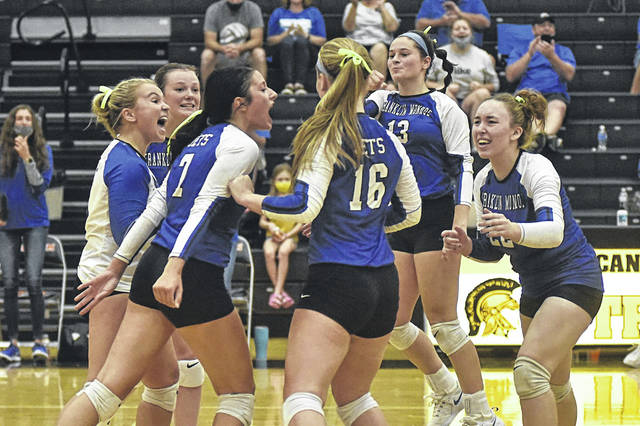 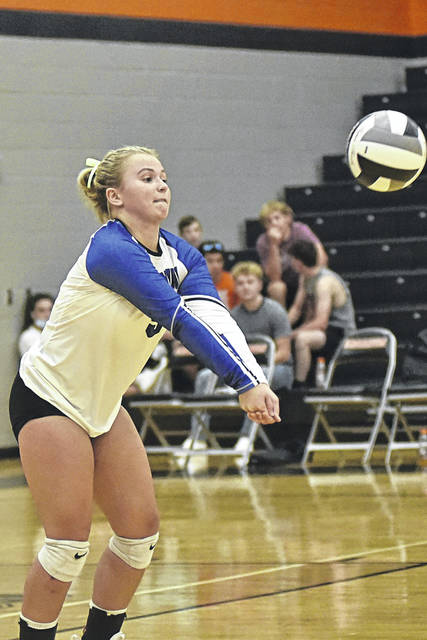