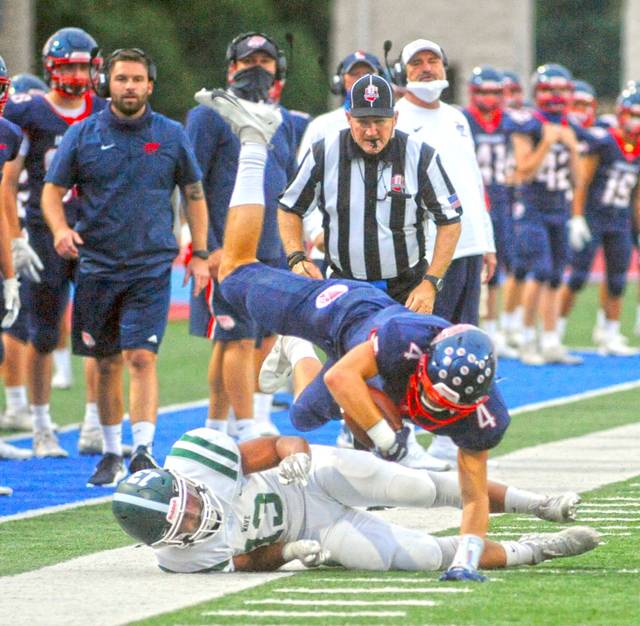 PIQUA — The Greenville football program graduated a talented group of seniors a year ago.

So, the growing pains are understandable.

They continued Friday night at Alexander Stadium/Purk Field as the Green Wave fell to 0-3 with a 49-0 loss to Piqua.

“We have played three really good football teams,” Greenville coach Bart Schmitz said. “We are a young team. We just have to keep working hard and getting better.”

And after being hit by a first quarter flurry by the talented Indians — giving up 35 points, Greenville allowed just 14 points over the final three quarters.

“I thought we got better at times,” Schmitz said. “We just have to keep working at it.”

Offense was again a struggle for Greenville.

“We just don’t have any rhythm on offense,” Schmitz said.

Piqua continued an impressive season, with too many offensive weapons.

“Part of it is blocking and part of it is scheme,” Piqua football coach Bill Nees said. “Our offensive and defensive lines controlled the game early on. And what people don’t realize is, we have six really good running backs, a talented quarterback who takes care of the ball and we have receivers who are committed to blocking in the game this year.”

The only drawback for Piqua was eight penalties for 73 yards, many coming in critical situations.

It started on the first play of the game, when Ca’ron Coleman had a 59-yard touchdown run called back.

In the second half, there was another long touchdown run called back, both on holding penalties.

“We have some aggressive kids,” Nees said. “Sometimes, they just need to understand when to stop blocking. They are continuing, trying to get that pancake block.”

Jasiah Medley ended up running it in from 18 yards out for the score. Jackson Trombley was perfect on all seven of his PAT attempts in the game and it was 7-0.

After a three-and-out by Greenville, Hayden Schrubb caught a 60-yard TD pass from Brady Ouhl to make it 14-0.

Greenville’s next drive ended with an interception by Medley and Dre’Sean Roberts went 25 yards on a reverse to make it 21-0.

Jerell Lewis stripped a Greenville ball carrier on the Wave’s next possession and Tanner Kemp ran 14 yards for a score.

The final score of the first quarter came on a 48-yard run Coleman to make it 35-0.

Greenville settled down after that.

Late in the second quarter, Medley scored on an eight-yard run and he added a 93-yard TD run in the third quarter to make the final 49-0.

Connor Mills led the Greenville running attack with 26 yards on six carries, while Hayden Bush had 23 yards on seven carries.

Million Bryant and Abby Raffel led the defense with six tackles each.

Greenville will host 0-3 Vandalia-Butler Friday, while Piqua will host Stebbins in a matchup of 3-0 teams. 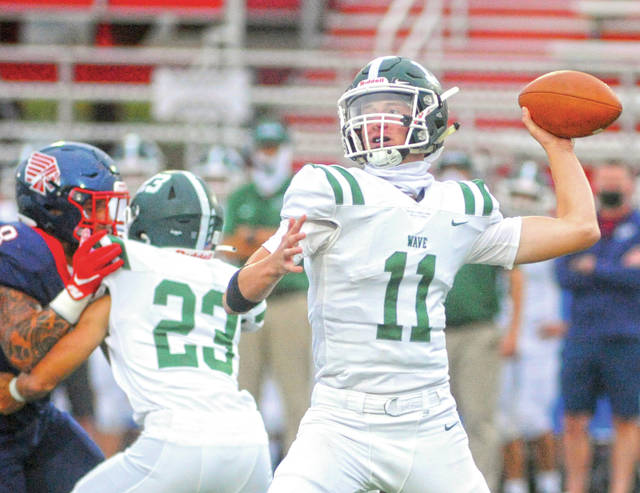