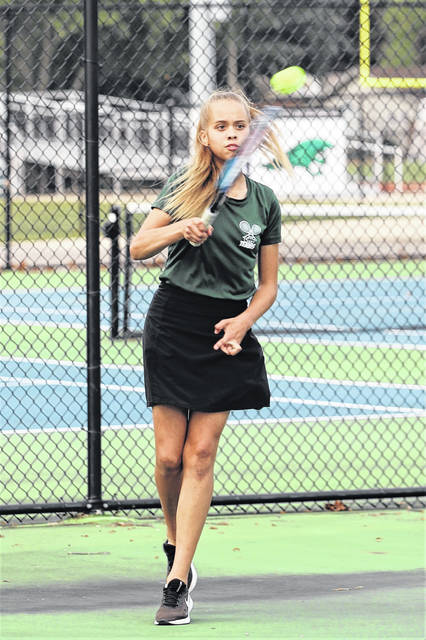 DAYTON – The Greenville Lady Wave traveled to Dayton to take on the Stebbins Lady Indians in Miami Valley League tennis action and came away with a 3-2 Tuesday night road win.

Lady Wave senior, Emily Marchal won at first singles to up her mark with a 12-1 season record.

“We play at Tipp City tomorrow,” said Koontz. “Dakota Schroeder (8-0 is the only girls she has lost to and she gets a chance to play tomorrow against her and hopefully get a win this time. Dakota always plays tough. Her dad has the Schroeder Tennis Center in Tipp City.”

Coach Koontz made a noticable change in his lineup teaming up sisters, Falicity Lance (Sr) and Sadie Lance (Fr) at first doubles with the siblings earning a victory for the Lady Wave.

“They might play doubles in the sectional tournament coming up,” Koontz said of the Lance sisters. “That is why we switched things around a little bit to see how they would do – and they won so that was good for us.”

“This is the first time we ever did that,” added Koontz. “It worked out well for us.”

Greenville’s Cheyenne Hartsock and Erin Stephens picked up a win at second doubles to give the Lady Wave a sweep at doubles on the night.

With the MVL Tuesday night victory the Lady Wave varsity tennis team improves to 8-5 on the season. 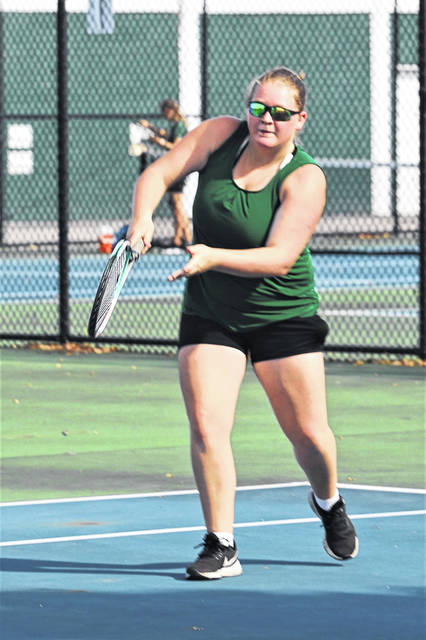 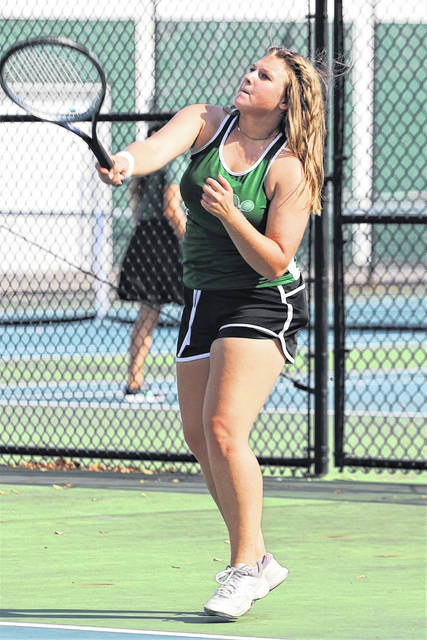 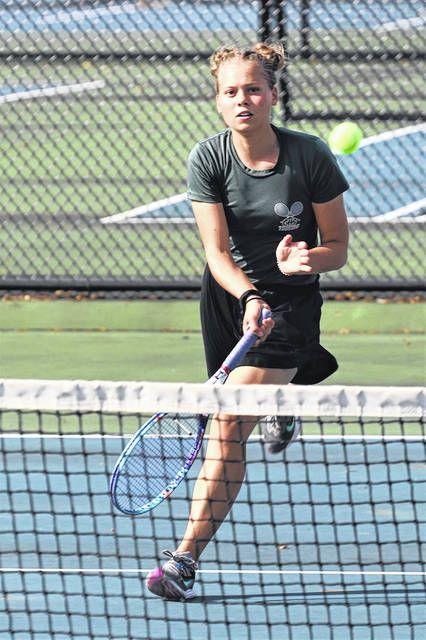 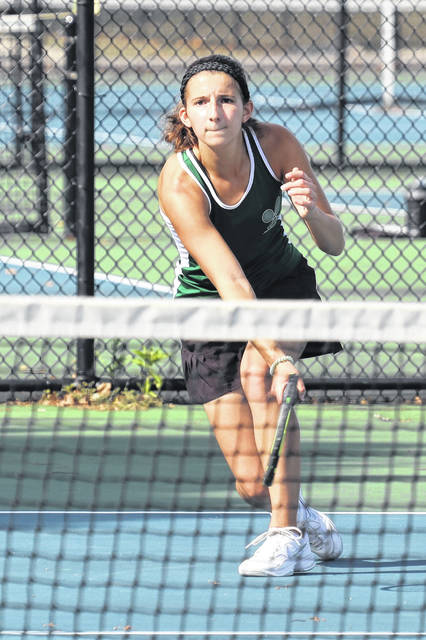