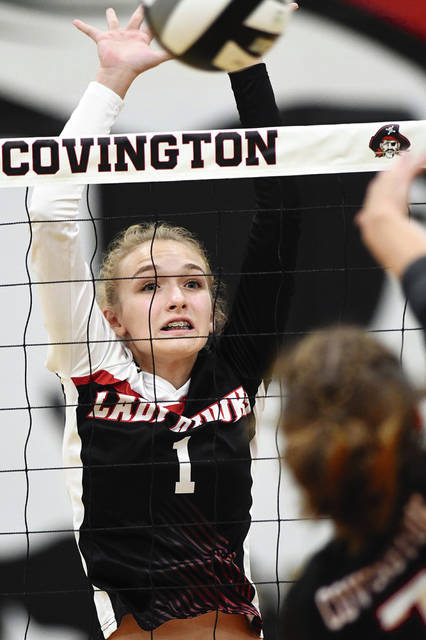 And after Covington pounded its way to a 25-10 win in the opening set, the Lady Blackhawks were right in the second and third sets, before losing 25-19, 25-22 in three sets.

“That was the message in the locker room,” MV coach Billie Hunt said about the slow start. “I think if we had played the first set the way we played the last two, we might have been going five sets.”

Covington coach Lonnie Cain has seen that (fast starts) from his team this season.

“When things are easy for us, we tend to make things more difficult,” Cain said. “I think we lose our focus out there at times.”

It was the hitting of Covington’s Nigella Reck, Carlie Besecker and Lauren York, along with the blocking of Emmaline Kiser in the opening set that led the way.

Alyssa Kimmel had a five-point service run, Besecker had a six-point run and Ellery Reck served out the set with seven straight points at 18-10.

“Covington had some big hitters,” Hunt said. “And we struggled with that in the first set.”

The second set was close throughout and a Taylor Stachler kill and three points by Lilly Severence — including two kills by Leah Scholl — the Blackhawks led 13-11.

But, Covington answered with four straight points and maintained the lead the rest of the set.

Stachler opened the third set with six straight points, including an ace — and Ali Byram and Scholl had one kill each in the run.

Covington then answered with five straight points and it was close the rest of the way.

Byram had several big blocks during the set.

“I thought we had some good blocks and I thought we had momentum throughout the set,” Hunt said. “I felt like the last two sets, it was their tipping more than their blocking that hurt us.”

Two aces by Severance and a kill by Stachler had MV in front 17-13.

MV was still leading 22-21, before Covington closed the match with four straight points.

Besecker had a kill for sideout to make it 22-22 and Kimmel served out the set and match from there.

“It’s funny,” Cain said. “Even though we were behind most of the third set, there was not point where I didn’t think we were going to win the set.”

Severence had eight kills and two aces, while Leah Scholl had four kills and 11 digs.

MV picked up a win in the JV match in three sets. 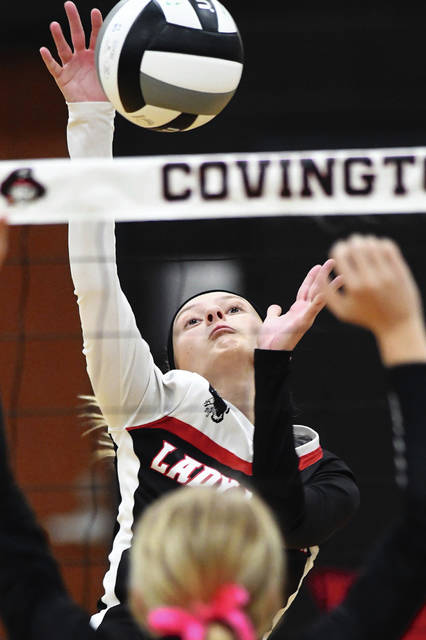 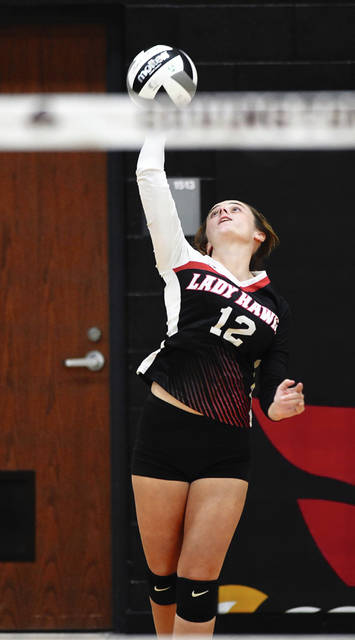