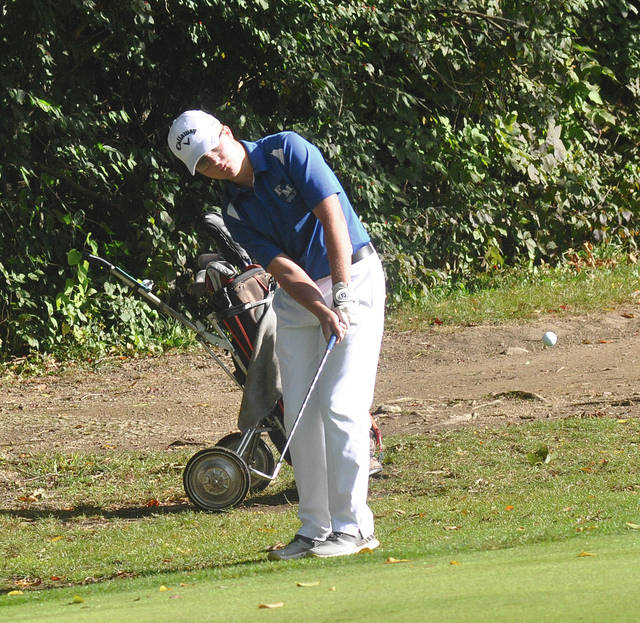 GREENVILLE — It was a good day for Darke County golfers at the D-III boys sectional golf tournament at Turtle Creek Golf Course Tuesday.

And in the case of Bradford, it was even historic.

Arcanum, Tri-Village and Bradford all advanced as teams — with the Railroaders doing it for the first time in school history. Franklin Monroe sophomore Brayden Cable advanced as an individual.

Newton ran away with the team title with a 343 score, while Arcanum took second with a 362 total.

“I thought we played really well,” Arcanum coach Jordan Greve said. “It was a goal at the beginning of the year to get to district.”

Will Brubaker led the Trojans with an 84.

Clay Hess had a 92, Aiden Psczulkoski and Chad Pitzer carded 93s and Brody Williams had a 112.

“Aiden (Psczulkoski) was pretty consistent and Clay (Hess) had a good front nine. Will (Brubaker) was real solid.”

Tri-Village, who took the clubhouse lead with a 375 among early finishers, continued a strong season with a third-place finish.

CJ Osborne led the Patriots with an 87, while Dylan Holsapple had a 93 and Aiden Collins carded a 96.

“CJ (Osborne) has had some really good rounds,” Tri-Village coach Logan Brubaker said. “He has been a little inconsistent, so it was good to see him have a round like that today. Our two seniors grinded out rounds of 93 and 96.”

Brubaker expected to be headed to district.

“I think I said at the beginning of the year that we had the potential to be a district qualifier,” he said. “We got off to a rough start with Ansonia and Mississinawa Valley. We settled in after that and finished the regular season 20-3.”

For Bradford, it was a team effort that got them to district for the first time — with the Railroaders 378 total for the fourth and final team spot, nine strokes ahead of Catholic Central.

Fourth man Gage Wills led the Railroaders with a 92.

Scout Spencer and Keaton Mead both carded 95s, Taven Leach had a 96 and Dalton Skinner added a 111.

“We saw Tri-County North make it out last year with 384 I think,” Bradford coach Ryan Schulze said. “So, we felt like we had a good shot. Gage (Wills) had a solid round. I think the big thing is nobody quit on the round. We had some bad holes, but no one gave up on their round.”

Cable got off to a fast start and rode that to a trip to district.

“I knew was in pretty good shape (after the 38 on the back nine),” Cable said. “I was happy with my score, but there is still a lot of room for improvement. I am hoping to shoot in the 70s (break 80) at district.”

Ansonia finished sixth with a 390 total.

Tyler Sink and Dalton Drees led the Tigers with 93s. 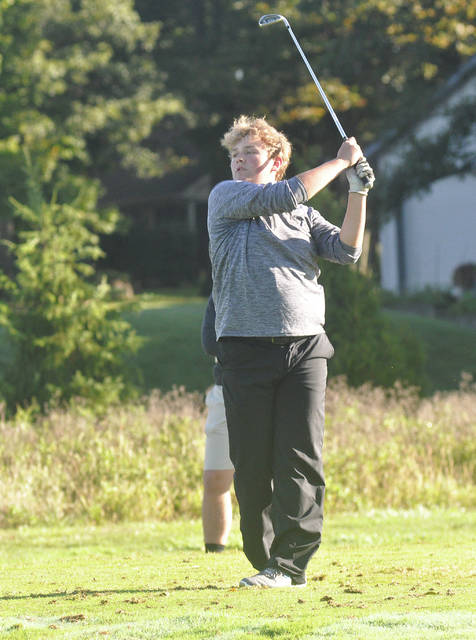 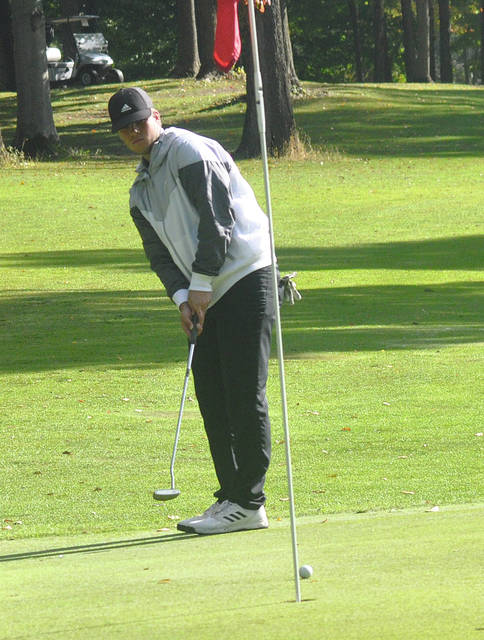 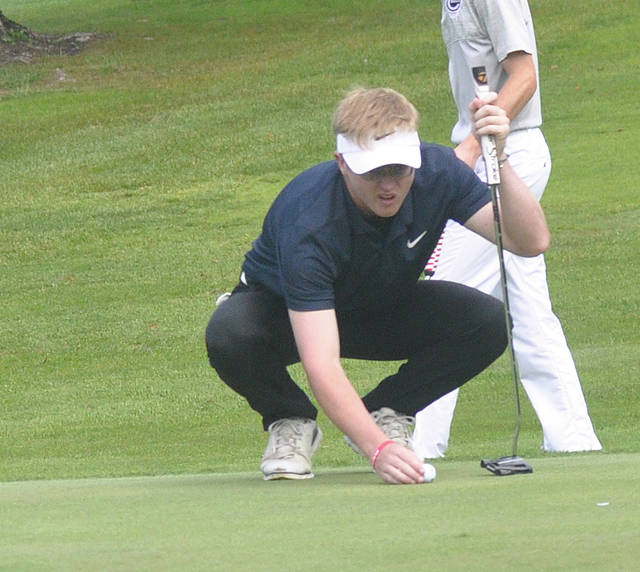 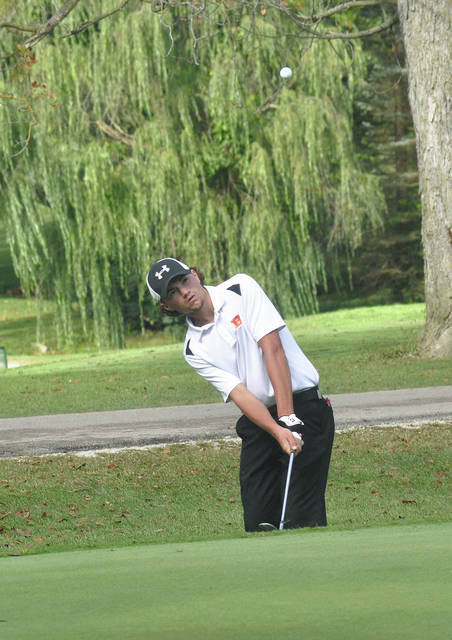 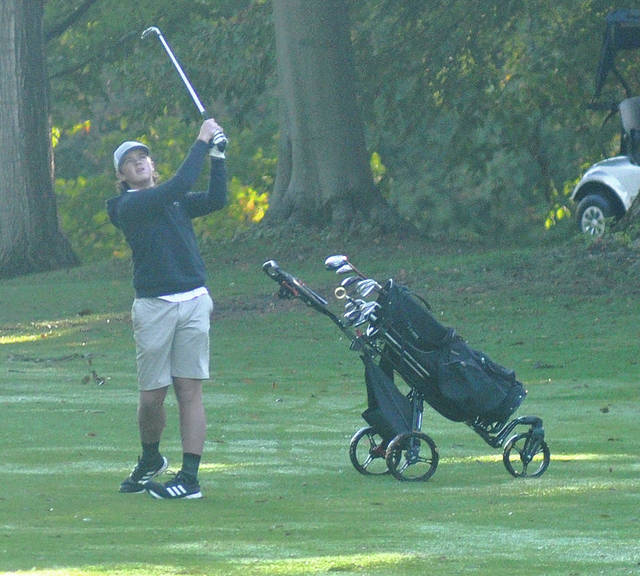