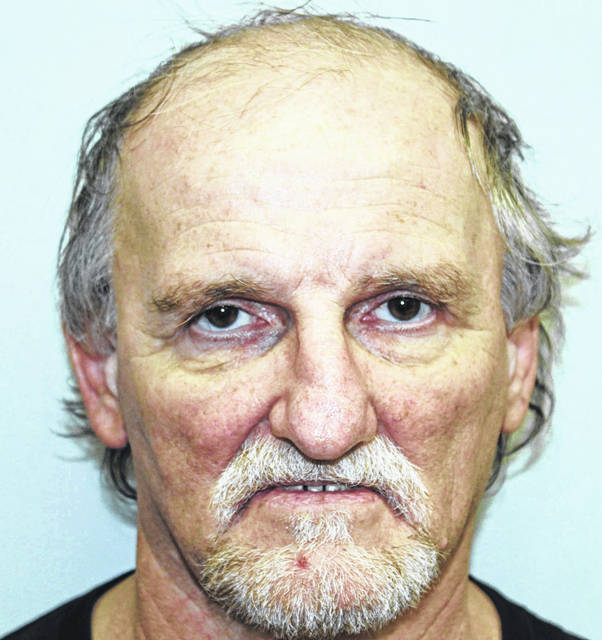 GREENVILLE — An early morning traffic stop in Greenville resulted in the arrest of a Union City, Ind., man and the seizure of nearly 200 grams of methamphetamine with the street value of approximately $20,000.

On Monday, October 5 at approximately 2:28 a.m., an officer from the Greenville Police Department observed a 2000 Ford Taurus traveling westbound on North Main Street. It was reported that the officer observed that the vehicle failed to signal while turning northbound onto Wayne Street prompting a traffic stop.

The officer made contact with the operator of the vehicle, Michael Newman, 52, of Union City, Ind., who had a known criminal history of drug activity that included dealing and the manufacturing of drugs. Due to the nervous nature of Newman after being asked if the vehicle contained anything illegal, as well as multiple visual cues, the officer requested permission to search the vehicle. Newman denied permission to search his vehicle leading the officer to request the assistance of a K9 unit from the Darke County Sheriff’s Office.

During the course of the K9’s performance of a free air test of the vehicle, the K9 alerted to the odor of illegal narcotics at the front driver side door area. Upon searching the vehicle, officers located a black soft case. Upon opening the case, a plastic bag of what was described as a white crystal-like substance, which had the appearance of methamphetamine, was observed. A field test was performed on the substance and tested positive as methamphetamine.

“This is a testament of how proactive policing in our community is paying off,” said Greenville Police Chief, Steve Strick. “There have been numerous measures we have taken in the recent past to help ensure the safety of the community and help keep the drugs off the streets. I am very proud of the work the officers on this department have put in and the work they continue to do.”

Along with the drugs, Newman was also found to be in possession of a total of $290 in U.S. currency. The money and Newman’s cell phone were taken as evidence. Newman’s vehicle was also towed from the scene.

Newman was taken into custody by the Greenville Police Department and transported to the Darke County Jail where he was booked for felony possession of drugs. He is being held on $75,000 bond.

This incident remains as an active investigation by the Greenville Police Department and additional charges may be pending.