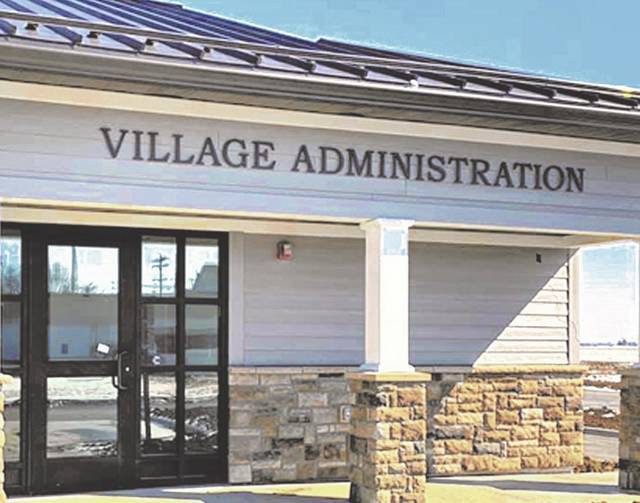 Village Mayor Bonnie Millard presented a news article from the Highland County Press highlighting the village’s new administration and police building. She also shared a statement in which the village was recognized by the Ohio House of Representatives.

On Tuesday afternoon, a representative from the Clean Ohio grant project visited the town and toured Ivester Park and the community swimming pool. Village Administrator Bill Kessler reported that the representative was impressed with the town’s development, and excited to where things go in the future. Kessler also noted that he believes the village has a very good chance of receiving the Clean Ohio grant, which will be used to update the park and swimming pool. In the near future, the Clean Ohio board members plan to vote on which towns will receive the grant.

As for the recent roadway upgrades in Arcanum, Kessler and other council members were disappointed with the work that was done around the manholes on both Alt. 49 routes. The issues were submitted to the state and Kessler said they responded and agreed with around 90 percent of all the issues that were reported. The construction company that worked on the street was given a 30-day notice to return to the town and fix the problems with the street.

Village Fiscal Officer Toni Stanley reported on CARES Act fund distribution and how the village plans to use its portion of the money. To satisfy this, council passed a motion to use the money for police and fire department payroll. The village also passed a motion to raise the village credit card maximum purchase amount to $3,000. This motion was passed in order to allow the village to order envelopes in one single purchase.

Village Fire Chief Kurt Troutwine reported on the fire department’s third quarter operations this year. He noted that he was extremely pleased, once again, with the fire department’s ability to respond quickly to calls. Troutwine also stated that he has applied for a grant in order to get new radios for the fire trucks. The ones that are currently in place work fine, but are aging quickly and the village would like to see these replaced before issues arise. Council also passed three resolutions: Resolution 2020-27, 2020-28, and 2020-29, which authorize the village fire department to provide service to Van Buren, Ithaca, and Twin Townships, respectively.

The Service and Leisure committee reported that the village is still working to update the ball diamonds with a new playground set. They are currently working out a set of times and dates for community members to come participate in building the new playground area. It was also briefly mentioned that the town will be adding a new baseball field to the ball diamonds park.

To conclude the meeting, the village passed a number of ordinances and resolutions that were geared towards 2021 budget, and other town expenditures.