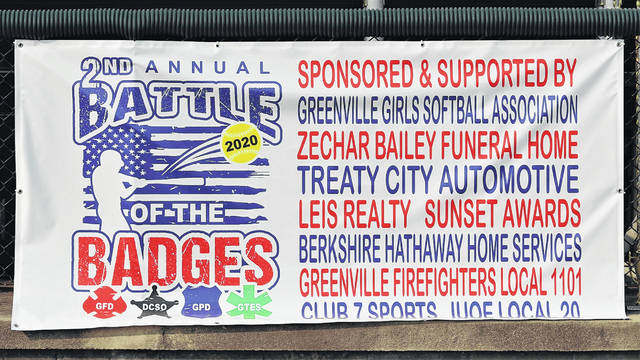 GREENVILLE – The softball diamonds at Greenville’s Stebbins Field, Home of Greenville Girls Softball Association (GGSA) was recently the sight of the 2nd Annual Battle of the Badges.

“The teams play during the week and finish up the season with a Saturday tournament,” said GGSA President Eric Fellers.

“It is for fun mostly,” said GTES’s Jim Hackney. “There is a trophy involved so there is good competition within the teams.”

The Darke County Sheriff’s Office took home the 2020 championship trophy with a 12-2 run rule win over the Greenville Police Department.

After a losing 1-3 regular season, the Darke County Sheriff’s Office went 3-0 in tournament play to earn the Championship title in the 2020 Battle of the Badges.

“It has been a great tournament,” said DCSO Sgt. Sheriff Shawn Trissel. “We had four weeks of scrimmages, great camaraderie between everyone, the fire department, EMS and PD. We couldn’t have asked for better weather – great games.”

“We appreciate all the sponsors who made this possible,” Hackney stated. “This is something we put together to have a little bit of fun, a little bit of competitive nature on top of it. A big thanks to Greenville Girls Softball Association for hosting us out here and all our sponsors.”

“Next year it will be bigger and better,” Trissel concluded.

The Battle of the Badges made a donation to the Greenville Girls Softball Association for use of the facilities. 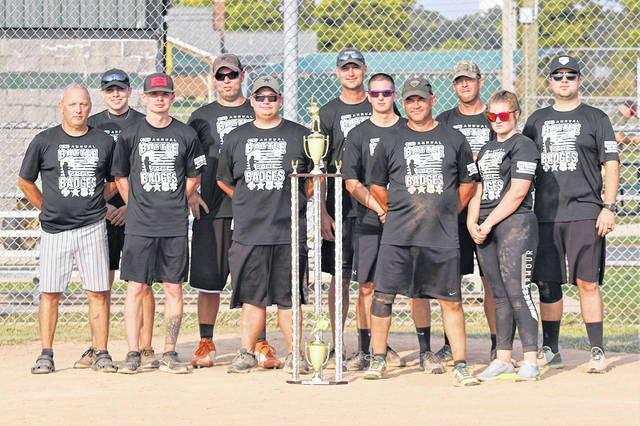 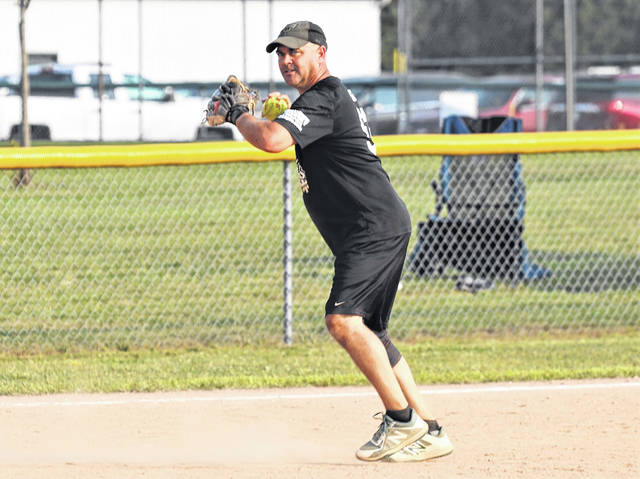 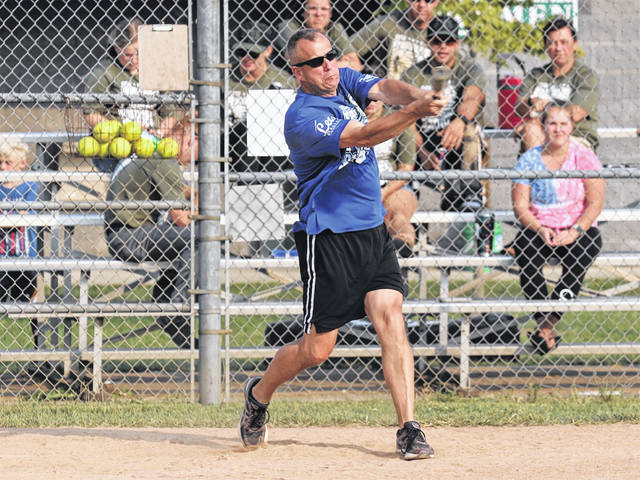 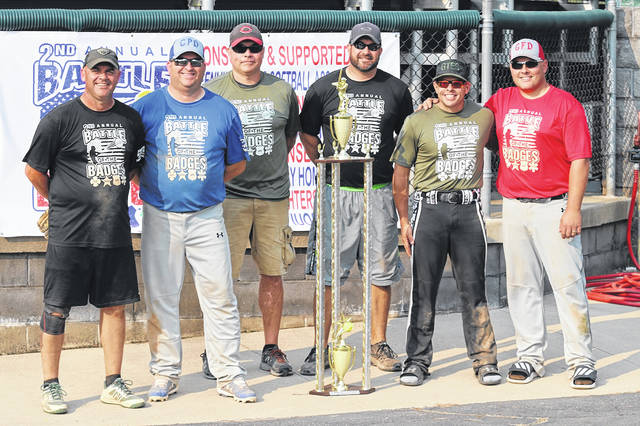 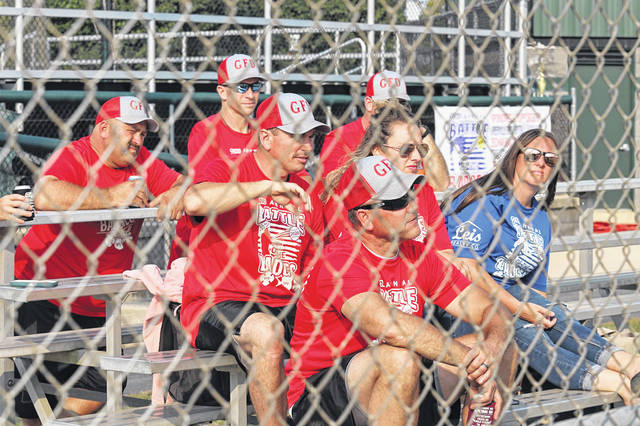 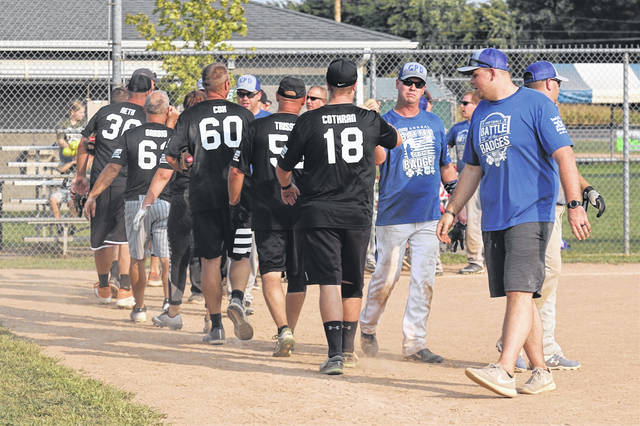 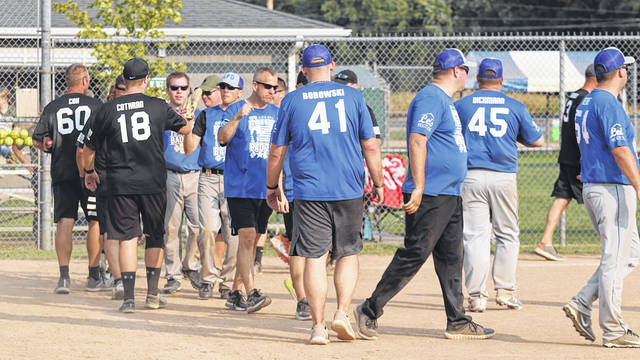 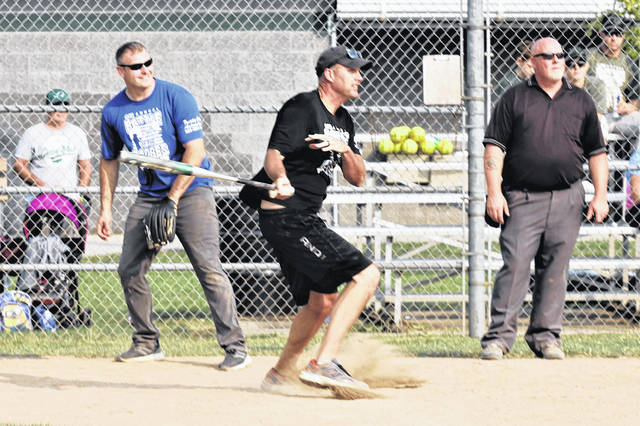 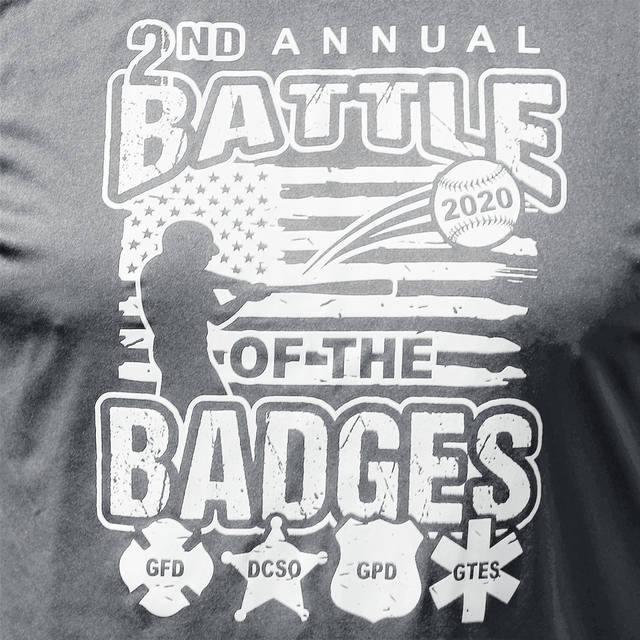