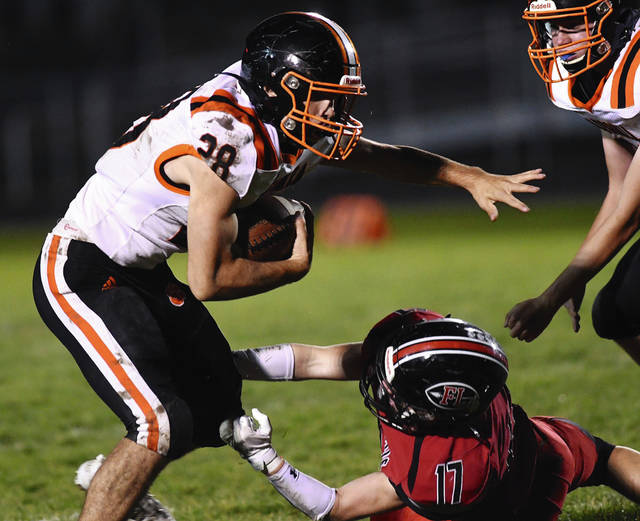 The Tigers, 6-2, lost 42-0 and will close the regular season Friday at Bethel.

Ansonia struggled to get anything going on offense and Loramie used a punishing running game to control the game.

After Fort Loramie intercepted a long pass on the second play of the game, the Redskins drove to the Ansonia 31, before being forced to punt.

The punt pinned Ansonia on its own two-yard line and the Tigers could not pick up a first down.

But, Isaac Barga’s punt of 62 yards forced Loramie to start on its own 31.

Quarterback Collin Moore and running back Jacob Sherman had 16-yard runs each to start the drive. Moore hooked up with Max Hoying on a 22-yard TD pass, with Hoying making a one-handed catch. The first of Mack Fortman’s six PAT kicks made it 7-0 with 2:40 remaining in the first quarter.

After another Ansonia three-and-out, Loramie went 69 yards on six plays.

Moore had a 22-yard pass to Gabe Meyer on the drive and Sam Barhorst ran 27 yards for a touchdown early in the second quarter to make it 14-0.

Ansonia moved in to Fort Loramie territory on its next drive, before a big hit forced a fumble.

On the next Tiger possession, Ansonia turned it over on downs when a fourth-and-three play came up short and Loramie took over at midfield.

On the fifth play of the drive, Moore found Elliott Davis for a 36-yard TD pass to make it 21-0 with 4:06 remaining in the first half.

Loramie’s next drive was 38 yards in two plays.

But, the Redskins weren’t done yet.

They got the ball back with 23 seconds to go in the half and went 80 yards in four plays.

Barhorst started the drive with a 23-yard run and finished it with a leaping 38-yard reception from Moore on the final play of the half to make it 35-0.

Loramie opened the second half with a 70-yard drive on 11 plays, taking more than seven minutes off the clock.

Sherman ran it in from 12 yards out to make it 42-0 and neither team would score again.

He hit six different receivers in the game. 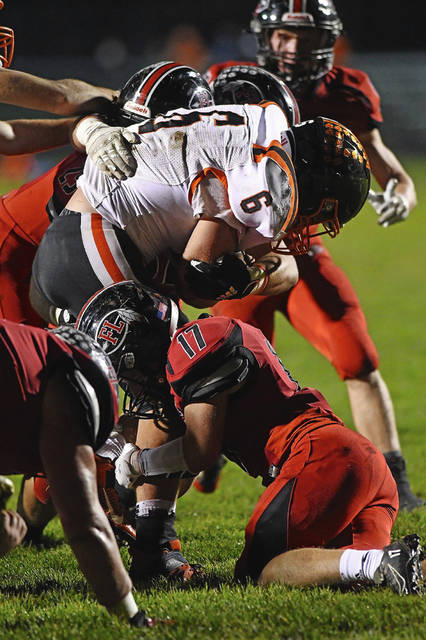 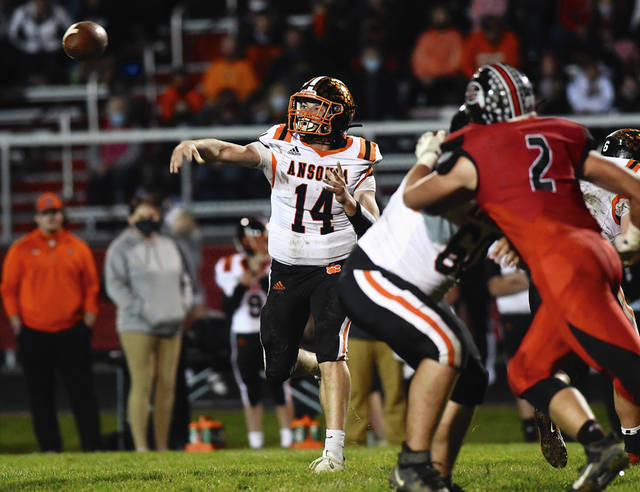