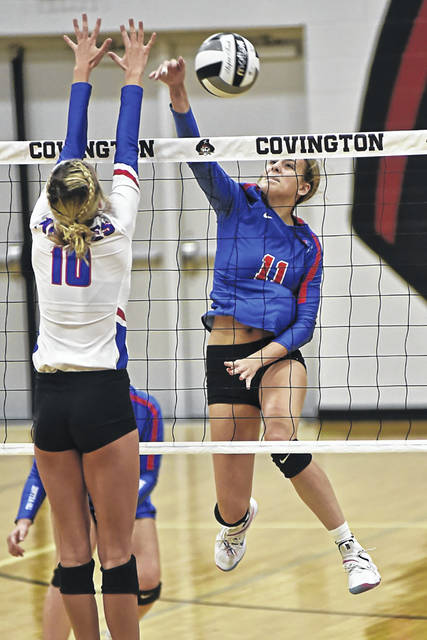 COVINGTON – The Tri-Village volleyball team advances to the District title game with a straight set win over Riverside 25-22, 25-21 and 25-19 Tuesday night.

Riverside took an early lead in the first set 6-2 on some strong hitting by Jenna Words but the Patriots would battle back on strong play at the net by Maria Petry, Madi Mead and Morgan Hunt helping the Patriots surge back to take a 20-12 lead.

Volleyball is all about runs and momentum and Riverside wasn’t ready to concede going on a run themselves closing the gap to 20-18 until Molly Scantland broke the run with a smash down the line to go up 21-18.

Riverside scored two more to narrow the gap 21-20 before a Petry score followed by two straight kills from Hunt as the Patriots went up 24-20.

Two more points by Riverside made it 24-22, and after a very exciting and long rally, it was the Patriots Mead putting it away with the kill for a first set win 25-22.

In the 2nd set Riverside came out firing going up 8-3 before the Patriots turned the momentum back in their favor going up 11-9.

The Pirates are an athletic team and they battled the Patriots for every point as they regained the lead 19-18 prompting the Cross Country Conference “Coach of the Year” Chris Brewer to call a timeout.

That timeout out was good enough to rally the troops running off 4 straight points and then going on to win the 2nd set 25-21.

In the final set the PATS jumped all over the Pirates going up 14-6 … but as they had done all game long Riverside battled back. Down 21-10 they rattled off 7 straight points.

The Patriots maintained their composure as senior leader and Cross County Conference “Player of the Year” Lucie Morris directed and set the ball in the right placesat the right time to help the Patriots finish strong. Morris set Petry for a kill for the 24th point and on an identical set to Petry, she would dink it over the top for the game winner giving the Patriots the 25-19 win.

“That was a lot of fun,” TV coach Chris Brewer said afterwards.

“I love this team and when we bring our energy we can play with anybody, we had a good crowd tonight, the girls were pumped up, and despite my being nervous about playing an 8pm game they had plenty of energy,” Brewer stated.

“Riverside is a very good team and had some talented players but I felt like we had a good feel for their tendencies and we’re able to set-up for it and handled it well most of the time tonight,” Brewer added.

Leading the Patriots with a great game was Molly Scantland with 17 digs, 16 service points, 2 aces and 5 kills, Maria Petry had 16 service points and a whopping 15 kills, Lucie Morris had 95 sets and 33 assists, Madi Mead had 24 hits and 8 kills, Meghan Downing 8 Kills and Caeli Updike 15 digs and 11 service points including 3 aces.

The win gives the Cross County Conference Champions 20 wins on the season and they now stand at 20-4 on the year and added a sectional titlewith win as well.

They advance to the District Final gameSaturday playing Jackson Center 3pm at Troy High School. Jackson Center who has won a couple of state titles in volleyball.

“I’m not sure what ourgirls’ expectations were for the tournament but I had high expectations this year and I believe the girls are starting to believe, you can see it, they are playing with confidence and having fun,” Brewer beamed.

“It’s going to be a challenge going up against Jackson, we’ll get back to work tomorrow to try and figure out how we will attack them,” Brewer concluded.

One thing is clear, Brewer has them playing with confidence and if they play with that same enthusiasm and energy it should be a fun match to watch on Saturday. 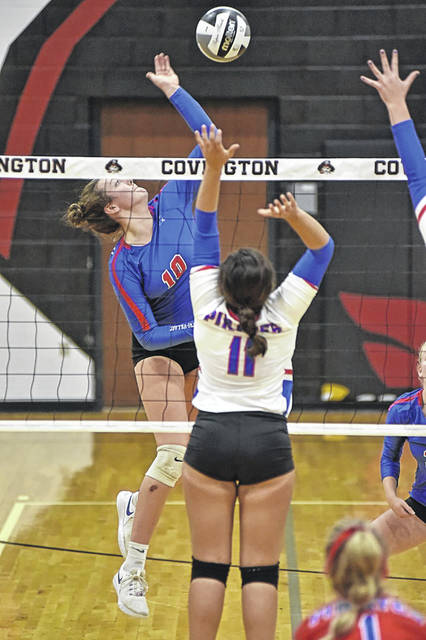 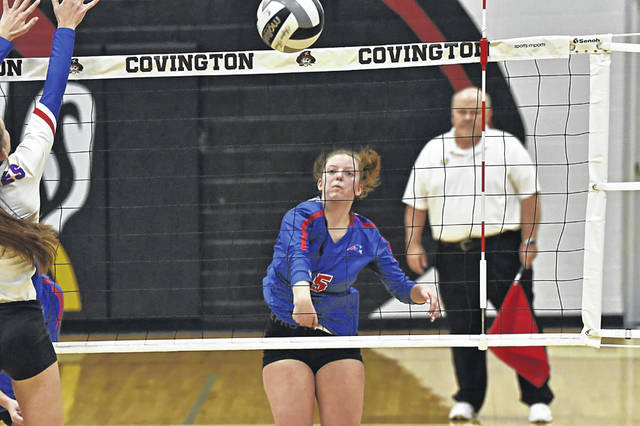 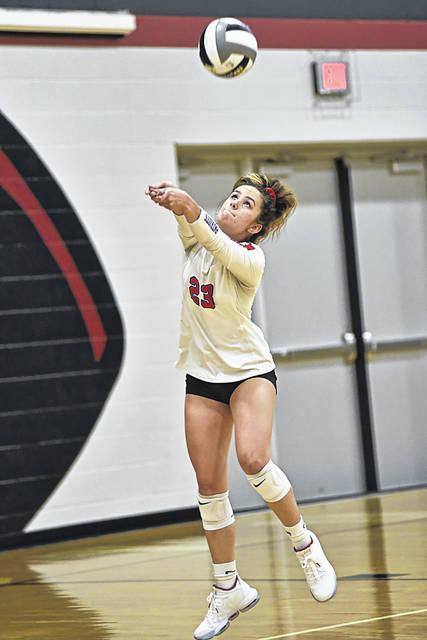 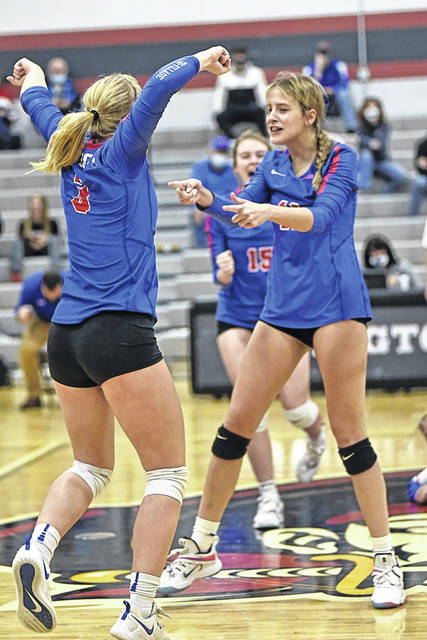 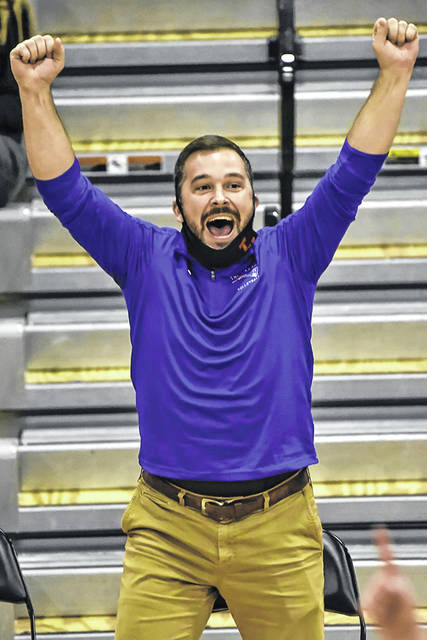 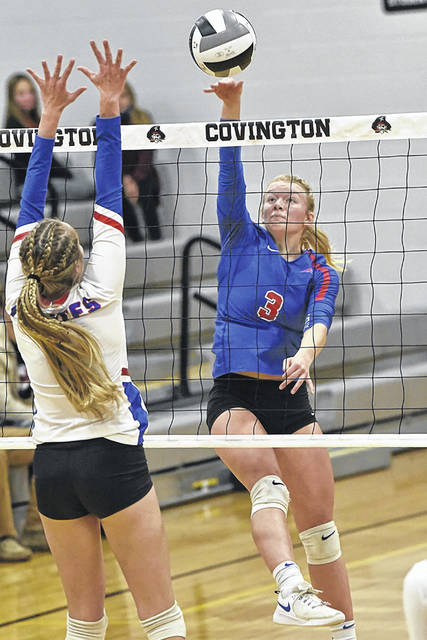