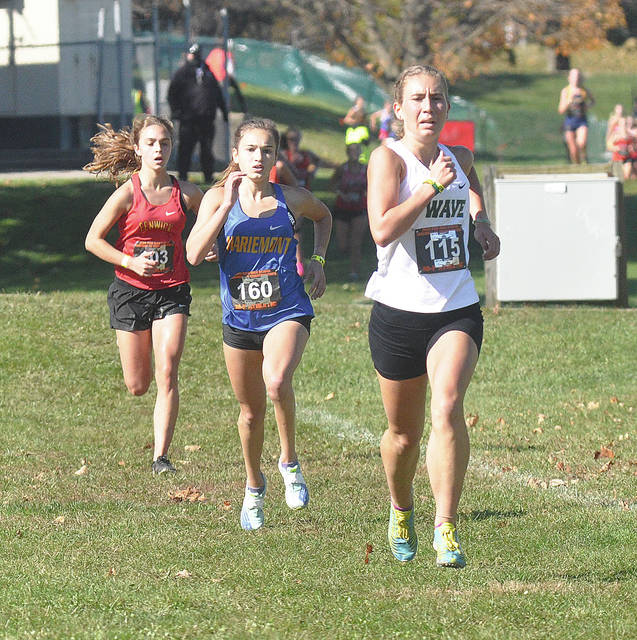 So, she wasn’t so much thinking about last year as she came to the finish line at the Troy D-II girls regional race Saturday afternoon.

A year ago, Rammel appeared on her way to a second straight trip to the state cross country meet when she fell near the finish line.

There would be nothing stopping her this year.

Rammel finished sixth in 19:33.8, earning a trip to next week’s state meet at Fortress Obetz.

“My only thought when I crossed the finish line was I wasn’t happy with my time,” Rammel said with a smile. “But, that’s just me.”

“The only thing I was thinking (coming to the finish line),” Rammel said,“was replacing last year’s memory with a better one.”

She put that finish out of her mind earlier in the week.

“We did a lot of workouts on that finishing stretch this week,” Rammel said. “I just wanted to make sure I finished strong.”

Rammel was in good position the entire race.

“I always start slow,” Rammel said. “That is just the way I run. To be honest, I didn’t even know what place I was in coming to the finish. I was just running hard, making sure no one passed me at the end.”

While Rammel ran at the state meet as a sophomore at National Trail Raceway, she said she learned more last year at the state indoor track meet.

“That was kind of the breakout season for more,” Rammel said. “Running at the state indoor meet — that was running against the best of the best. That experience will help me most next week.”

She is looking forward to getting one more chance to put her high school cross country uniform on one more time.

“It will be my final high school cross country race,” she said. “I am going to have fun and place as high as I can.”

A school record time would be an added bonus.

“It just depends upon the conditions,” Rammel said. “That’s the thing about cross country. Every race is different. If I have a chance, I will go for the school record that is 18:46.”

Versailles finished with 132 points, one point behind third-place Anna and eight points ahead of fifth-place Botkins.

“I thought we ran a really great race at district last week,” Versailles coach Mark Pleiman said. “We didn’t run quite as well today. As far as next week, who knows, its 2020. We will go over there, have fun and finish as high as we can.”

“Typically, we will have a runner around 10th,” Pleiman said. “That didn’t happen today. Our mid-pack runners really stepped up.” 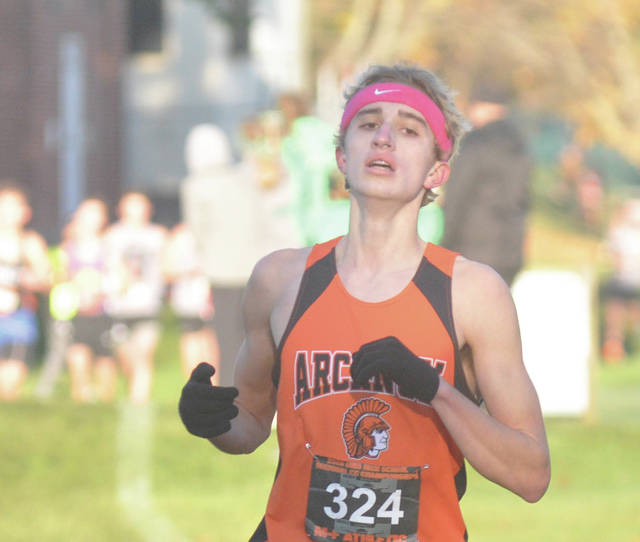 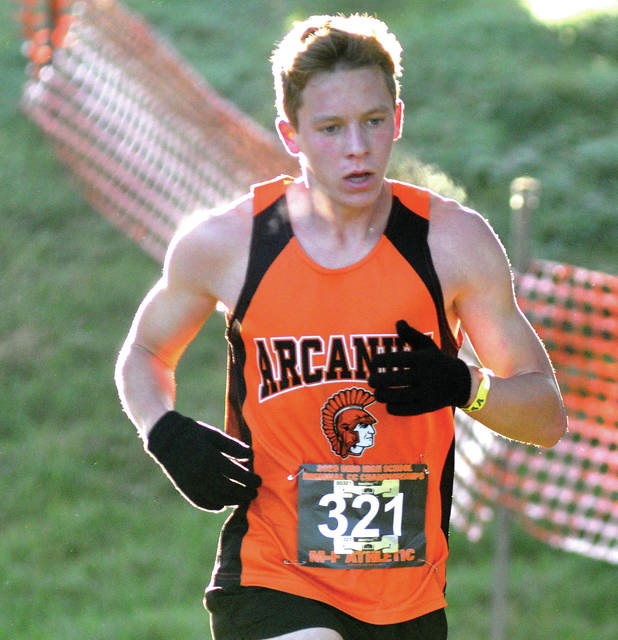 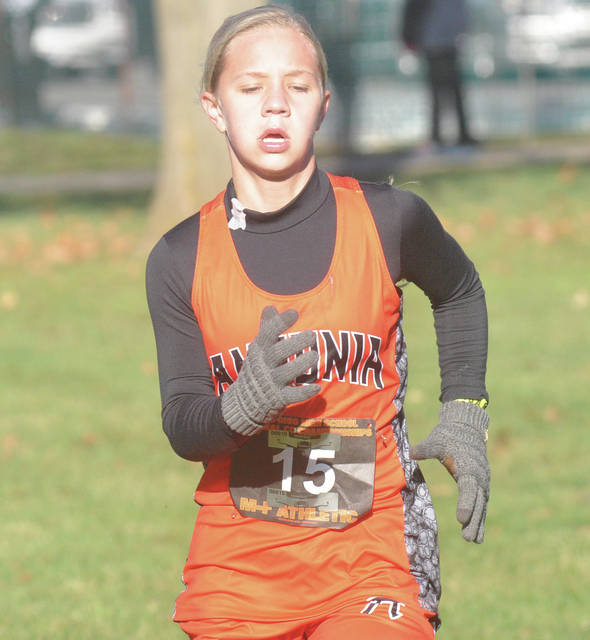 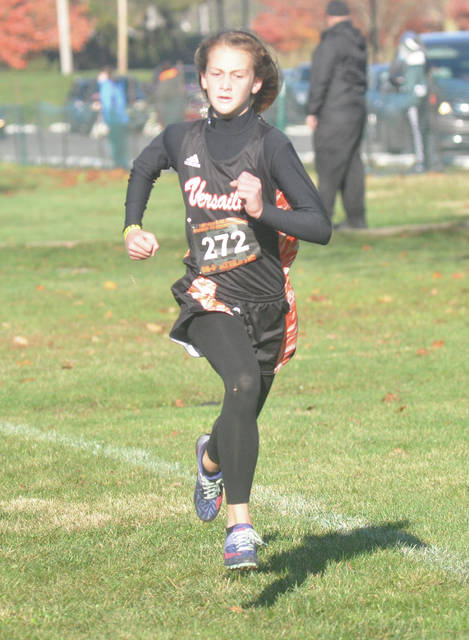 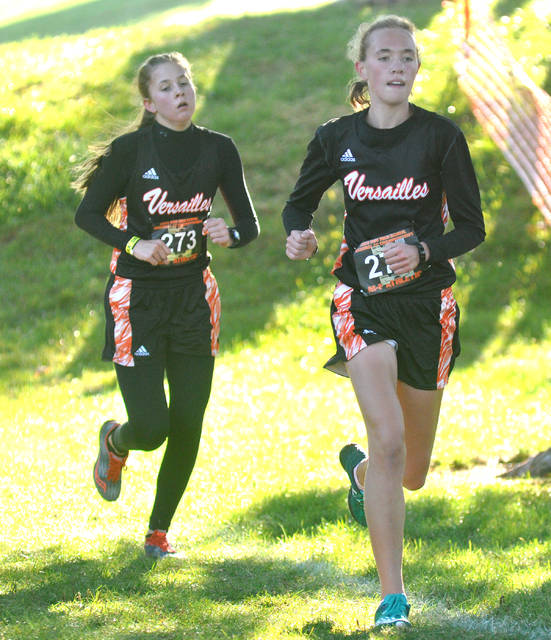 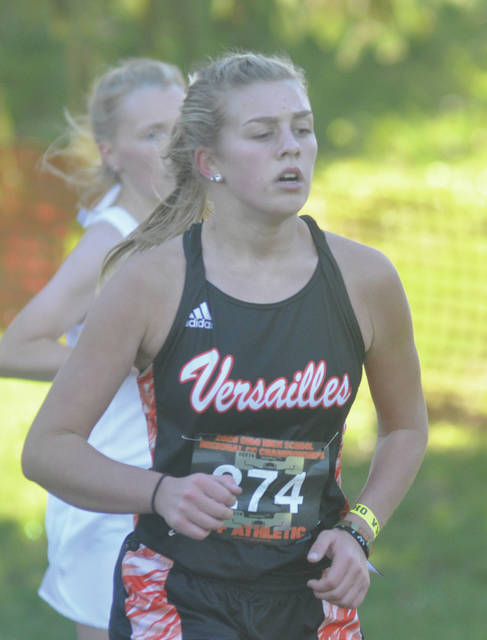 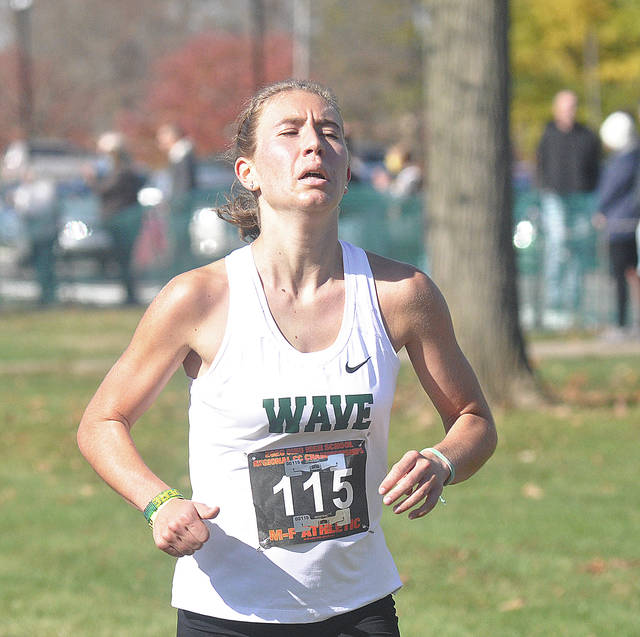 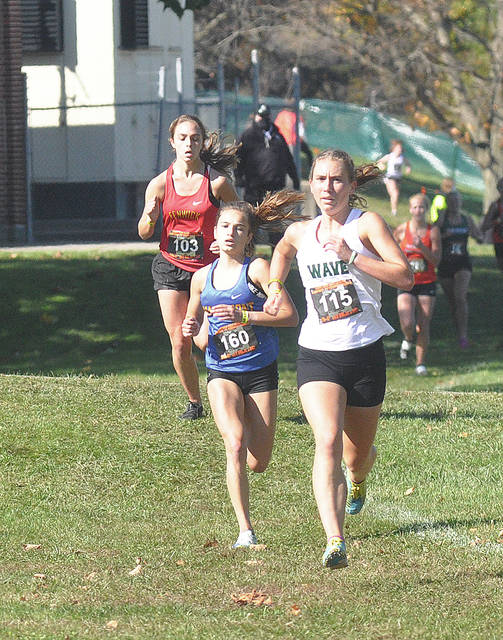