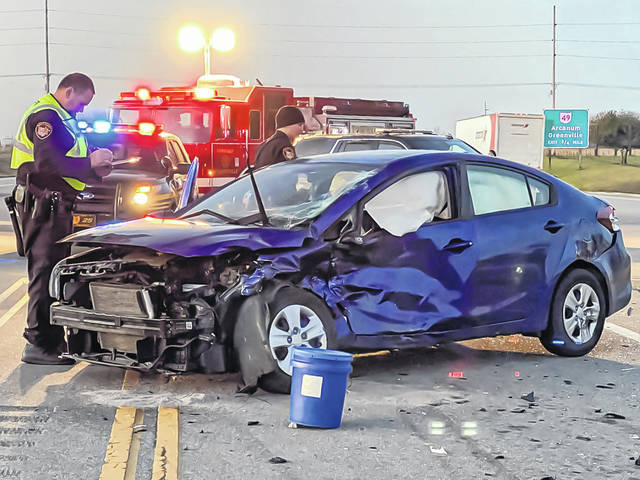 According to the Darke County Sheriff’s Office, a Blue 2018 Kia Forte, driven by Trinitee Wood, 19, of West Manchester, was traveling westbound on Sebring Warner Road. Wood failed to notice and yield to oncoming traffic as she entered into the intersection of US Route 127 into the path of and colliding with a northbound 2013 Chevrolet Silverado driven by Patrick Garber, 25, of Greenville.

Ms. Wood was treated on the scene by Greenville Township Rescue for what was believed to be non-life-threatening injuries prior to being transported to Wayne HealthCare for further treatment and evaluation. Mr. Garber refused treatment at the scene.

The northbound lanes of US Route 127 remained closed while deputies conducted an investigation into the crash and the wreckage was removed.