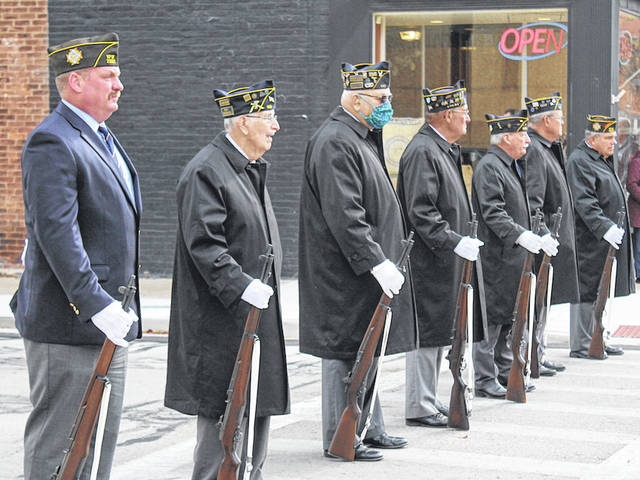 GREENVILLE — The Disabled American Veterans (DAV) Chapter 57 hosted a wreath-laying ceremony at the Darke County Courthouse on Wednesday to honor fallen veterans. The ceremony was attended by members of the Greenville Honor Guard, past and present military service members, and the elementary students of St. Mary’s Catholic School.

The ceremony began with a prayer by Chaplain Ken Wombold of the DAV. Following the prayer, there was an introduction by DAV Commander Robert A. Foster in which he recognized the attending veterans and their families. Commander Foster, along with DAV Sr. Vice Commander Ivan Christian, First Jr. Vice Commander Ken Wombold, and DAV Adjutant and Treasurer Don Dietrich, then laid the wreath on the Darke County veteran’s memorial stone located outside of the courthouse. All in attendance then recited the Pledge of Allegiance and turned to face the intersection of West Fourth Street and Broadway where the Honor Guard had set up.

Following the wreath laying, Foster read an excerpt that exemplified the sacrifice that so many have made to keep our country safe.

“He was there in 1775, at Lexington and Concord, suffered at Valley Forge, fought in the Revolutionary War, fought the British in 1812, the war between the states, held our country together, made sure our country prospered, he was there fighting in World War I, he fought the dictators in World War II, lent a hand in Korea, saw his buddies sacrifice in Vietnam, then went to the Middle East, Iraq, Syria, and Afghanistan, suffered injuries to defend another land,” said Foster.

Foster concluded by recognizing the importance of the ceremony in saying, “Remember one thing from our ceremony — we live in the land of the free, because of the brave.”

The stage then turned to the Honor Guard Captain who gave the order to “Salute our great military veterans at home and around the world, serving our country and the communities they live in.”

The Honor Guard let out three volleys in honor of current, past, and deceased American veterans. After the volleys, “Taps” was played to honor fallen veterans, and the national anthem was played throughout Broadway to commemorate the U.S. and all veterans across the country.

Commander Foster concluded the ceremony by thanking everyone in attendance for commemorating the great achievements and sacrifices of the U.S. military, today, in the past, and throughout our community. Foster and the DAV offer their most sincere thanks to everyone out there working to support our veterans and military families. 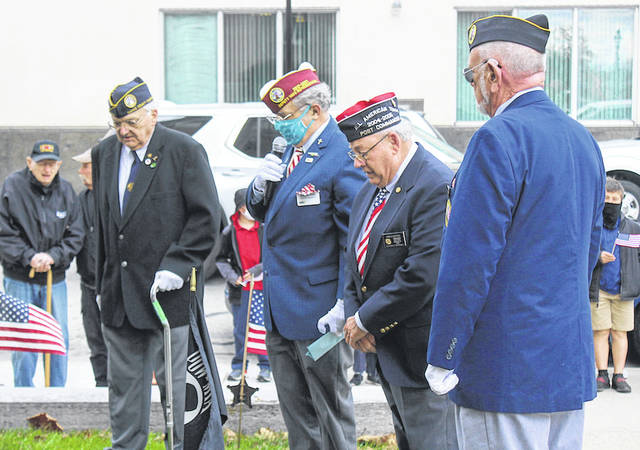 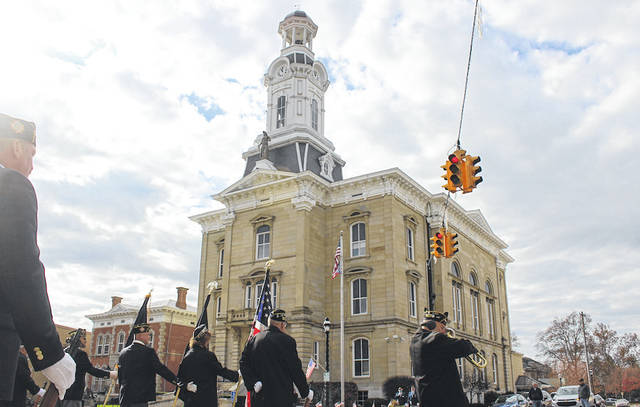 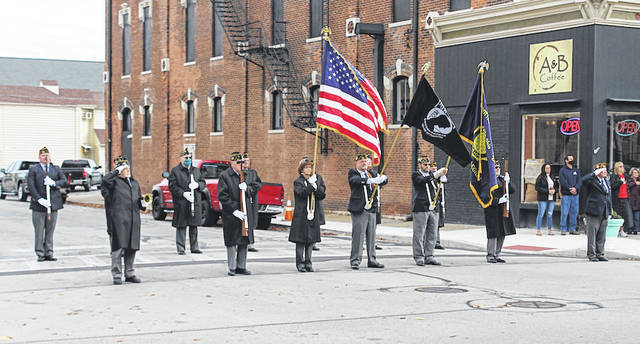 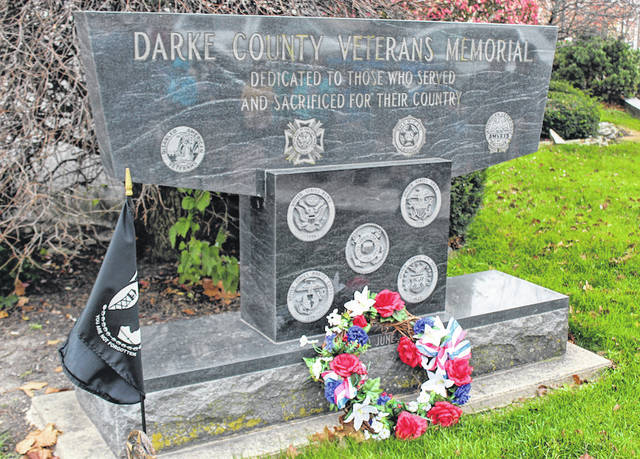 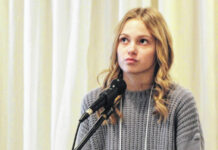