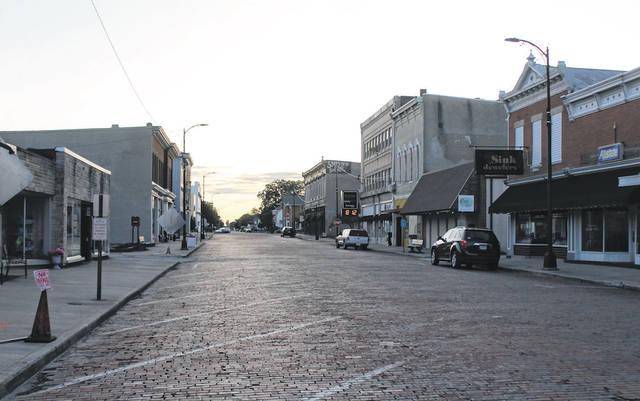 The meeting began with a request by the Arcanum Mayor Bonnie Millard to amend the agenda to tackle new and old business first, and handle committee reports after. In old business, the council reviewed an ordinance adopting a new job description for the village utilities superintendent, and an ordinance enacting an animal control code for the village.

In new business, they reviewed ordinances authorizing the hiring and appointment of the administrative positions of village solicitor, fiscal officer, and administrator. They also voted on a resolution that would allow Millard to gift certain property in Arcanum to the Arcanum Preservation Society. This resolution is most notably aimed toward allowing the preservation society to take partial control of the old city building and opera house located at 104 W. South Street.

Moving forward, Rick Genovesi, chair of the Safety Committee, reported that the village is currently taking steps to further prevent the spread of COVID-19, in light of the recent uptick in positive cases.

“We are reenacting some of the COVID-19 procedures that took place in March,” Genovesi stated. “We are doing this to keep village employees safe, and keep citizens safe, so our last meeting was very productive.”

These safety protocols are not necessarily anything new, but rather, the village is reanimating procedures that had been previously enacted. The council meetings, in particular, are, for now, closed off to public attendees. Anyone interested in viewing these meetings can connect via ZOOM with the ID 873 4747 2628. The village is continuing to encourage mask wearing in all circumstances, and has required it within all Arcanum government buildings. The village also installed temperature readers at the entrances of the village police department and government building.

In reference to COVID-19 relief funds, Genovesi reported that a portion of the funds will be used to update the restrooms at the village fire department. He also noted that the village hopes to purchase new policing equipment with the leftover funds, but is still unsure of the amount left over until the village fiscal officers crunches the numbers.

Tim Philpot Sr., chair of the Utilities Committee, gave a report in which he noted that the village recertified its bucket truck, but recommended that the village purchase a new one within the next two or three years. During this time, Philpot raised questions about the recent power outages in Arcanum. Bill Kessler, village administrator, noted that the most recent outage was the result of a tree down on U.S. Rt. 127. The previous outages have been an issue with the connection being fed to the town from Dayton Power & Light. The village assured they are speaking with DP&L about the issues.

Jacob Banks, chair of the Service & Leisure Committee, asked council for a resolution to recognize two buildings in Arcanum as historical landmarks. He also spoke again about the Clean Ohio Grant that the town is using for the Ivester Park expansion. Banks concluded by stating that the Alt. 49 street repairs are completely finished.

The council meeting concluded with the mayor wishing everyone a Happy Thanksgiving and thanking everyone for their continued efforts.